After becoming the first black actor to receive a nomination for an Oscar Best Actor a few years earlier, Sidney Poitier would go on and become the first black actor to win the Academy Award for Best Actor for his performance in Lilies of the Field (1963). “It is a long journey to this moment,” said Poitier upon accepting his award in 1964. His joy, however, was lessened by his concerns that this prize would hinder him from asking for more substantive roles in the future. 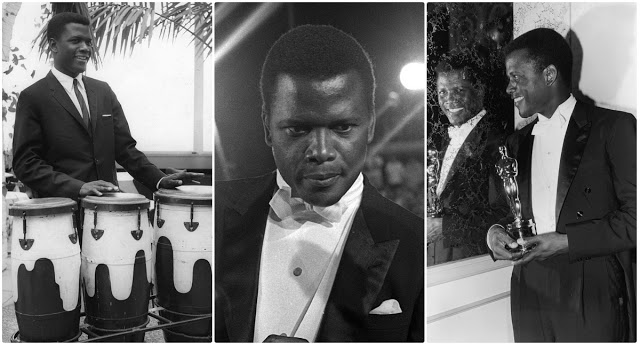 Other films that Poitier also received critical acclaim for were A Raisin in the Sun (1961) and A Patch of Blue (1965). Over the following year after his Oscar win, Poitier worked somewhat little but remained the only major actor of African descent, and the roles presented were typecast for the most part. He reached the commercial peak of his career, became the most successful draw at the box office with three well-received films in 1967: Guess Who’s Coming to Dinner, To Sir, with Love, and In the Heat of the Night, each dealing with issues of race relations.

Below are 26 vintage photographs capture the actor during the 1960s: