The Bedouin or Bedu are a grouping of nomadic Arab people who have historically inhabited the desert regions in North Africa, the Arabian Peninsula, Iraq and the Levant. The English word bedouin comes from the Arabic badawī, which means “desert dweller,” and is traditionally contrasted with ḥāḍir, the term for sedentary people.

Bedouin territory stretches from the vast deserts of North Africa to the rocky sands of the Middle East. They are traditionally divided into tribes, or clans, and historically share a common culture of herding camels and goats. The vast majority of Bedouin adhere to Islam, although there are some fewer numbers of Arab Christian Bedouins present in the Fertile Crescent.

While many Bedouins have abandoned their nomadic and tribal traditions for a modern urban lifestyle, many retain traditional Bedouin culture such as retaining the traditional ʿašāʾir clan structure, traditional music, poetry, dances (such as saas), and many other cultural practices and concepts.

Urbanized Bedouins often organize cultural festivals, usually held several times a year, in which they gather with other Bedouins to partake in and learn about various Bedouin traditions—from poetry recitation and traditional sword dances to playing traditional instruments and even classes teaching traditional tent knitting. Traditions like camel riding and camping in the deserts are still popular leisure activities for urbanized Bedouins who live in close proximity to deserts or other wilderness areas.

These photographs from the end of the 19th century capture a range of Bedouins at a time of change. 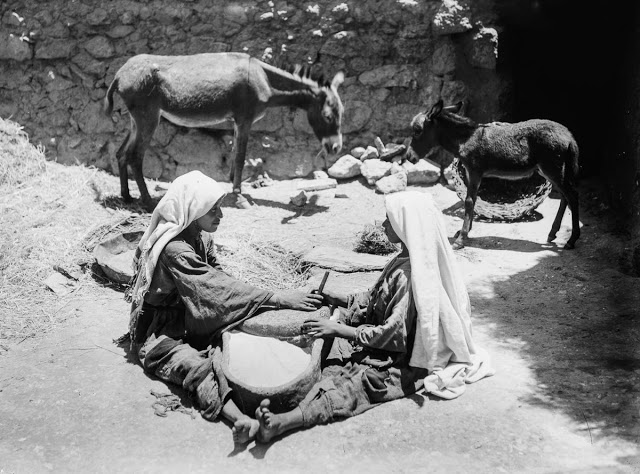 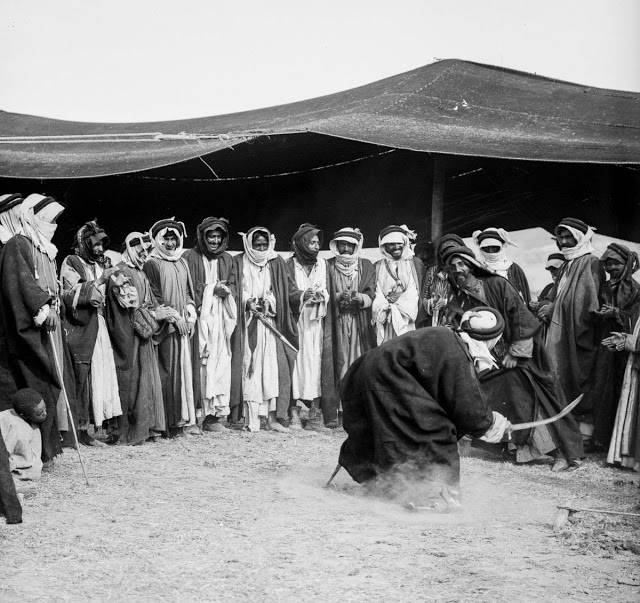 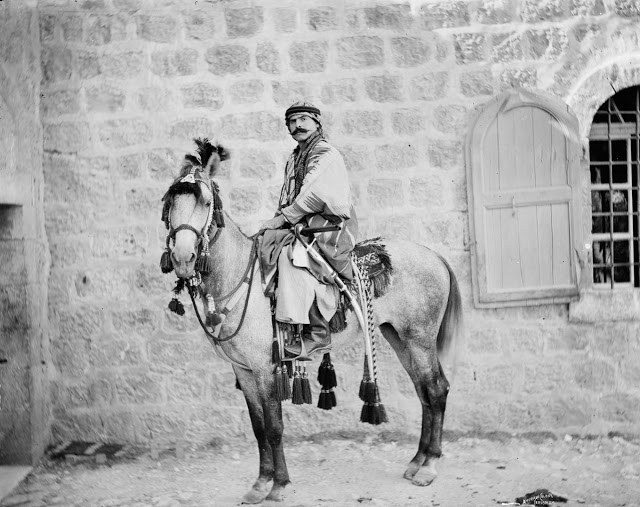 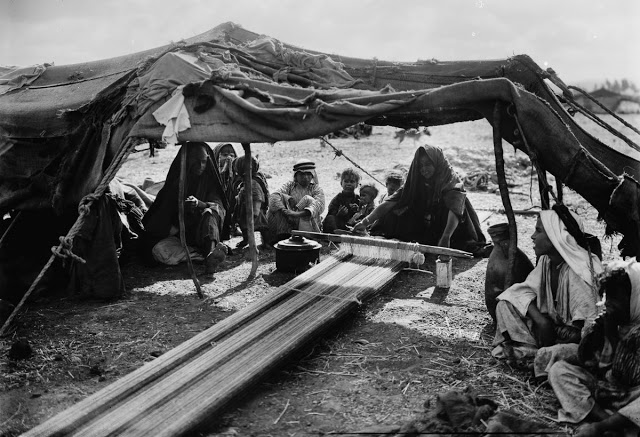