This post was originally published on this site
0
SHARES
ShareTweet
Jacques-Henri Lartigue (1894–1986) was born at Courbevoie, France, and he grew up in Paris. His father, a businessman and passionate amateur photographer, gave him his first camera at the age of seven. He was very quickly attracted by movement and, after mastering the technique, took his first ‘snapshots’ of tennis, swimming, bobsledding and other games.
Lartigue became well known as an illustrator and designer during the years 1935–1950. He thought of himself primarily as a painter and was only “discovered” as a photographer in 1963, at the age of 69, when an exhibition of his work opened at the Museum of Modern Art, New York. Throughout the course of his life, Lartigue created an amazing body of photographs, filling scores of albums with his prints and written diaries.
These photographs of the charismatic woman, Huguette Sabouret, were taken by Jacques Henri Lartigue at the Château de Veyvialle, France in August 1942. In gingham shorts and tee, Huguette leaps, her arms and legs outstretched, with a wide smile on her face. She is against a background of shady trees, which allows the audience to focus on her radiant charm. According to the family, Huguette, who was born in 1918, was the love child of Lartigue and Marie Sabouret. 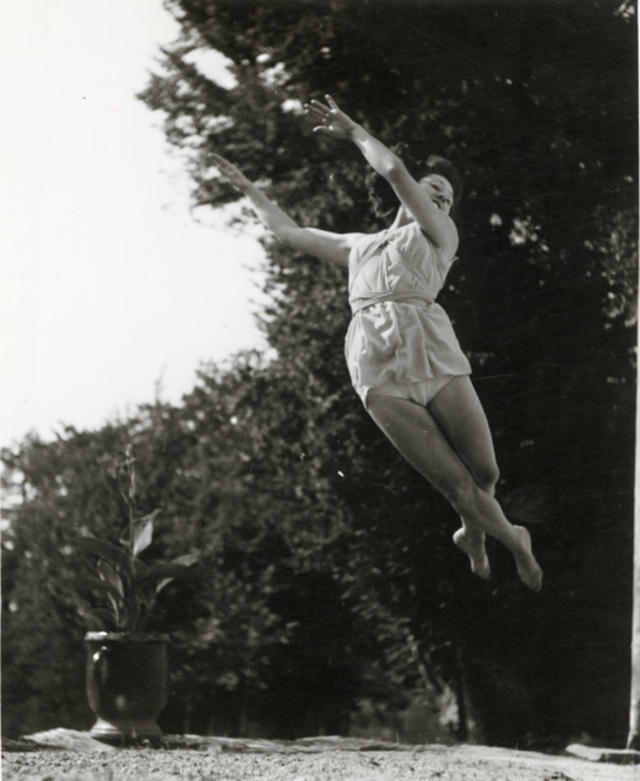 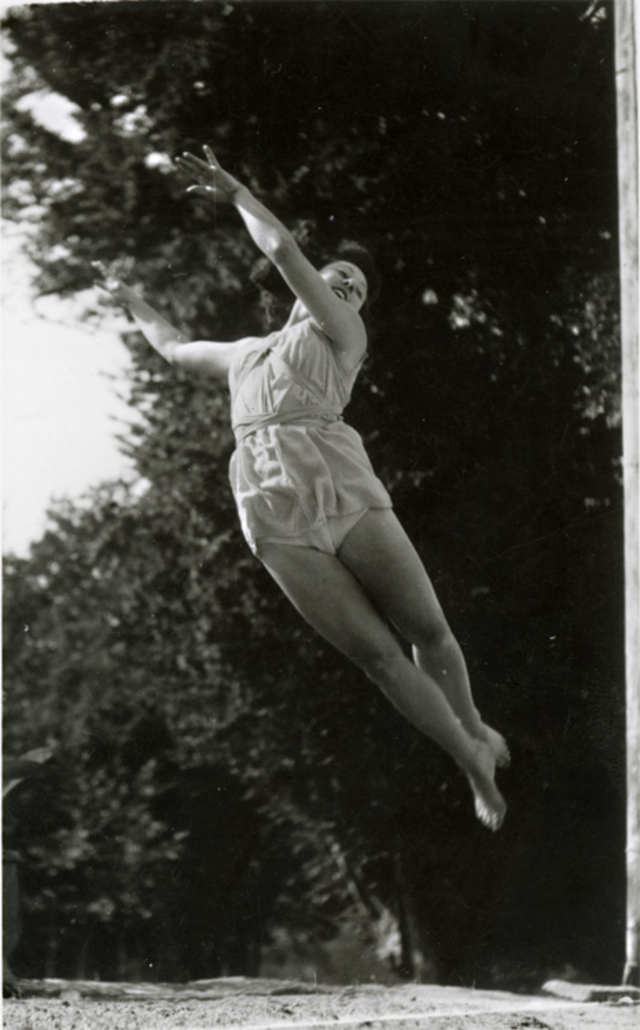 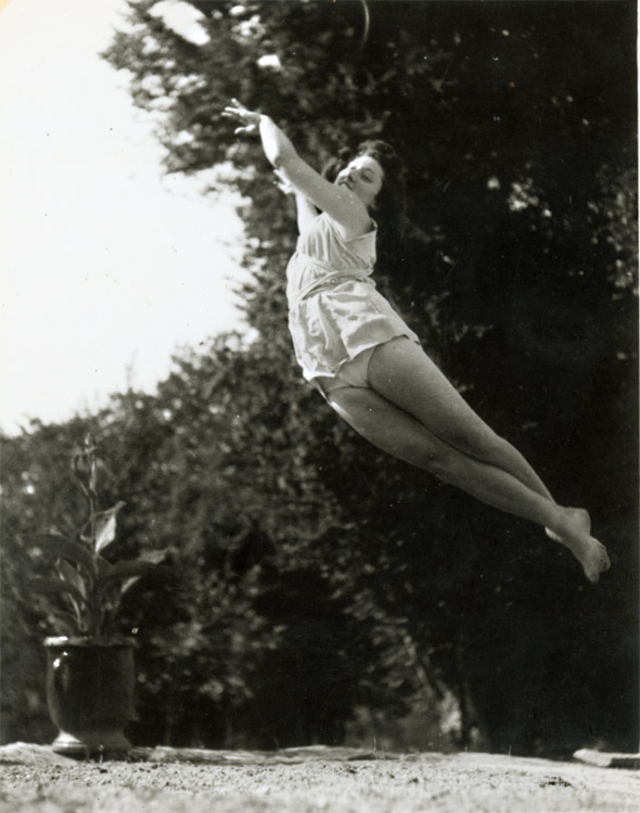 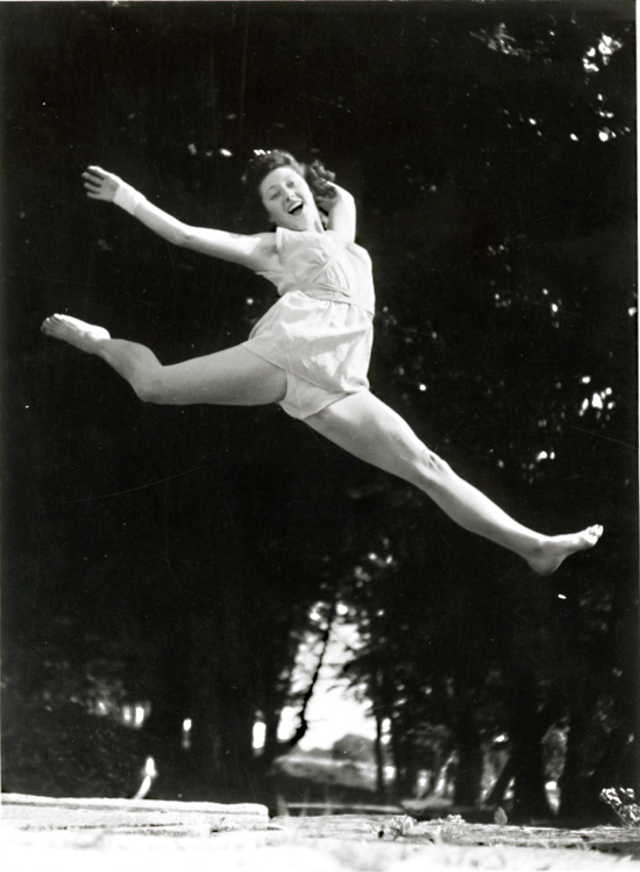 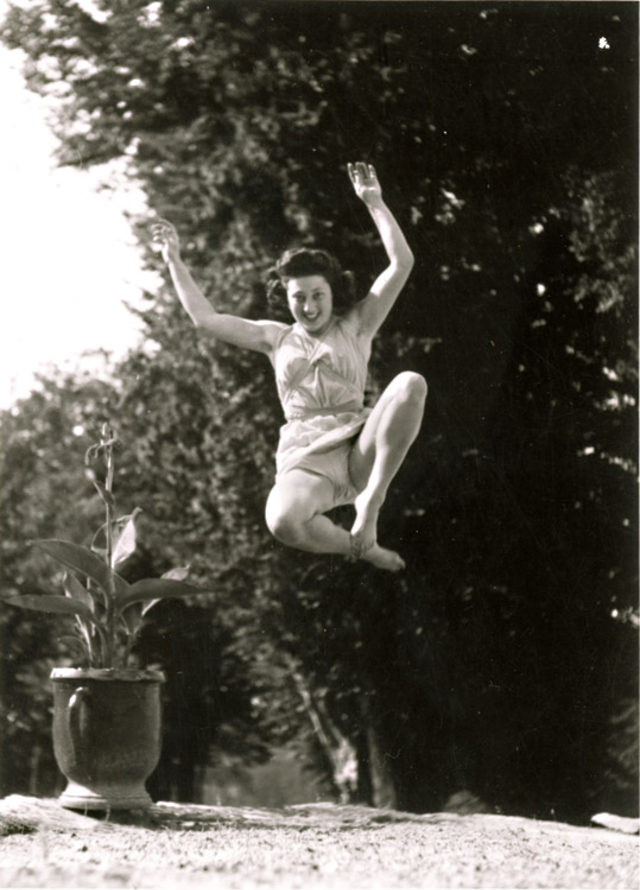