Trafalgar Square in central London is a public square that has been a significant landmark since the 13th century. It is thought of as a meeting place between the east and west of the capital city, and as a result Trafalgar Square has played witness to numerous community gatherings, political demonstrations and public celebrations.

The site originally contained the King’s Mews, but after George IV moved the mews to Buckingham Palace, the area was redeveloped by John Nash. Progress slowed after Nash’s death and the square was eventually reopened in 1844.
The square was once famous for feral pigeons and feeding them was a popular activity. Pigeons began flocking to the square before construction was completed and feed sellers became well known in the Victorian era. In November 1948, 16-year-old Elizabeth Taylor has some fun surrounded by pigeons in London’s iconic square. Here are some candid photographs taken by Chris Ware: 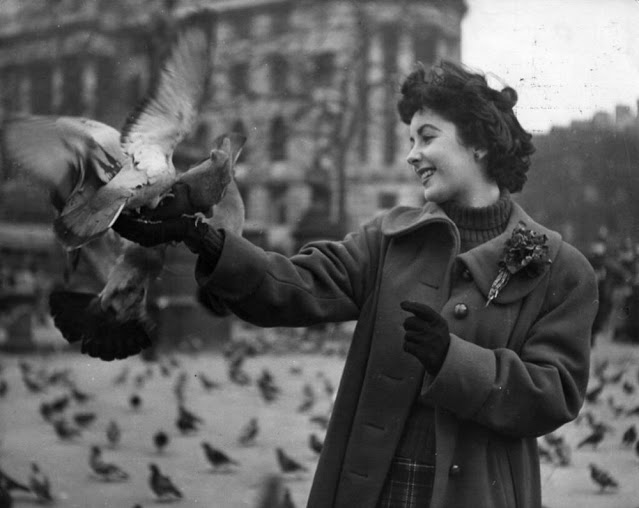 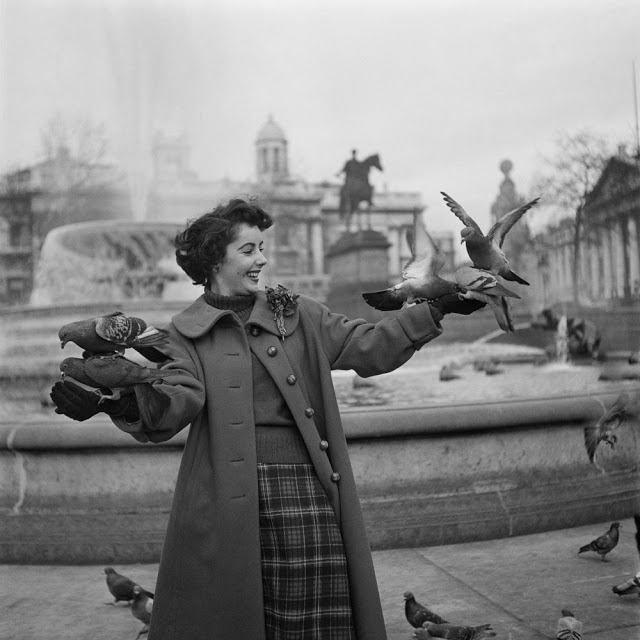 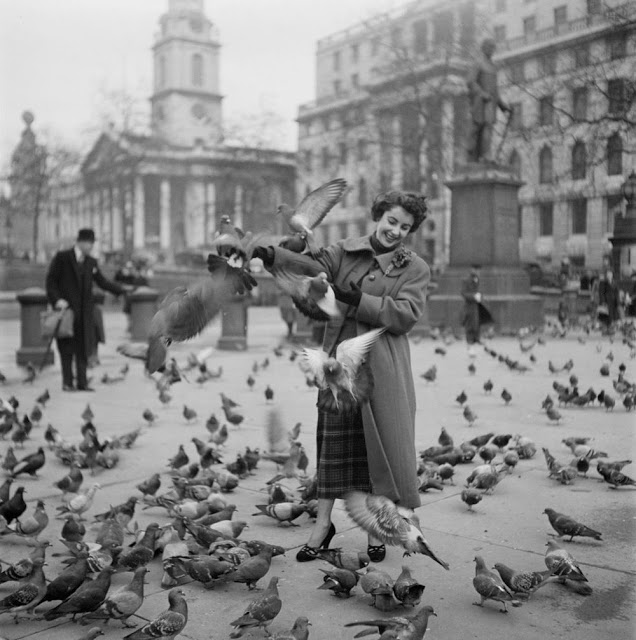 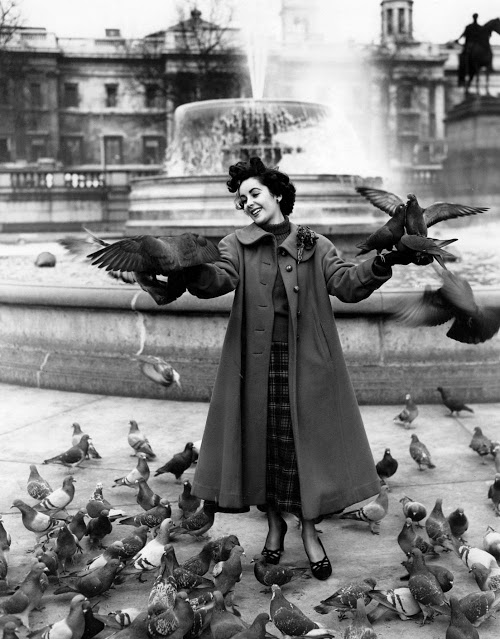 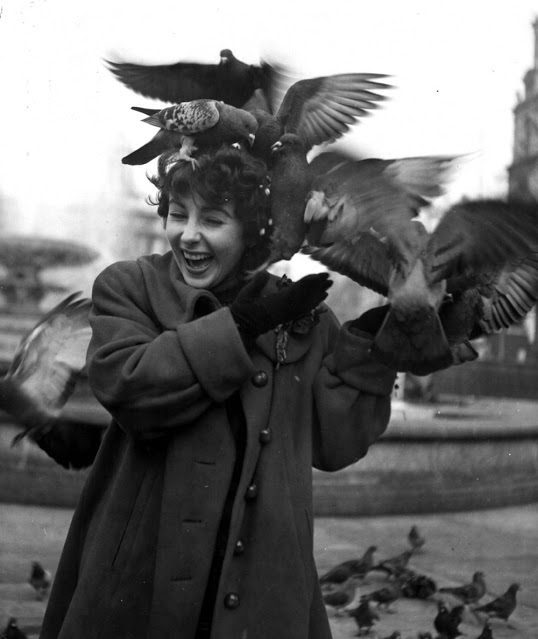