In 1937 a French scientist named Maurice Piettre, when he arrived in the U.S for a conference on food processing, told of new wrapping material then being tried in France for refrigerated meats. The material was latex—pure natural rubber altered just enough to be workable. The trick sounded good to Dewey and Almy Chemical Co. of Cambridge, Massachusetts, which was already using latex to make low-cost balloons ($2.25) for high-altitude meteorological and cosmic ray observation. The company’s researchers set to work devising a commercial method for wrapping poultry and meat in latex.

One of the liveliest and most promising young industries in America is the quick-frozen-foods business which, in five years from 1939, has increased its sales from 10.000,000 lb. of meat, vegetables, fruit and fish to more than 130.000,000 lb. Still in the throes of experiment, frozen-foods companies are seriously concerned with the problem of packing meat and poultry. Because these products come in irregular sizes they cannot be put into orthodox square packages before being frozen. When exposed unwrapped to low freezing temperatures, they sometimes dry out, suffer unsightly “freezer burns.”

One way of solving this problem is the Cryovac process, owned by Dewey & Almy Chemical Co., now being used experimentally. Cryovac means “cold and empty.” Meat or poultry to be frozen is wrapped tight in a latex balloon which keeps it from drying out, makes an attractive wrapping.

To demonstrate this scientific accomplishment the makers of Cryovac can seal a pretty girl in one of their containers, as shown here. The girl steps into a balloon which has been inflated, then chilled so it stays stretched in large size. The bag is tied, air drawn from it, and then sprayed with warm air which causes the latex to shrink.

The Dewey & Almy Chemical Co. have two main lines of business. One is making the compound which canners use to seal tops to cans. The other is making latex meteorological balloons for weather observations. In Cryovac, Dewey & Almy neatly combine their packing and their balloon interests. 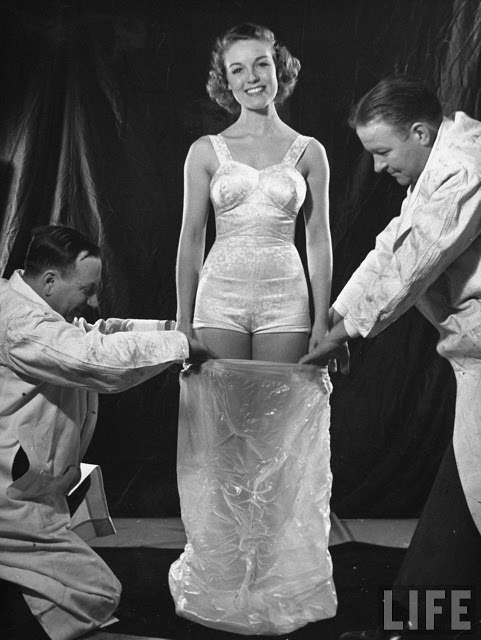 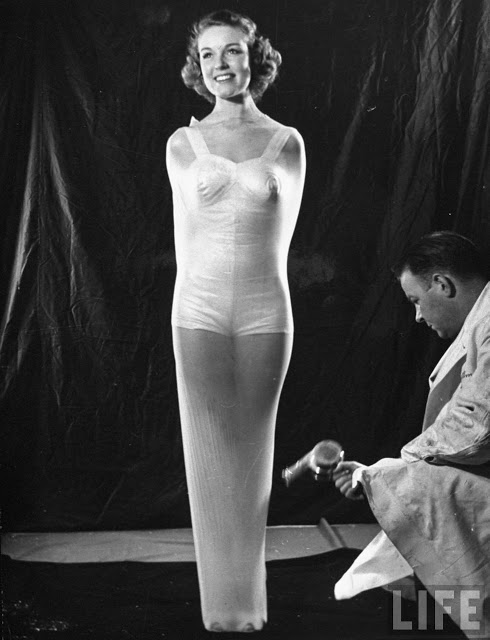 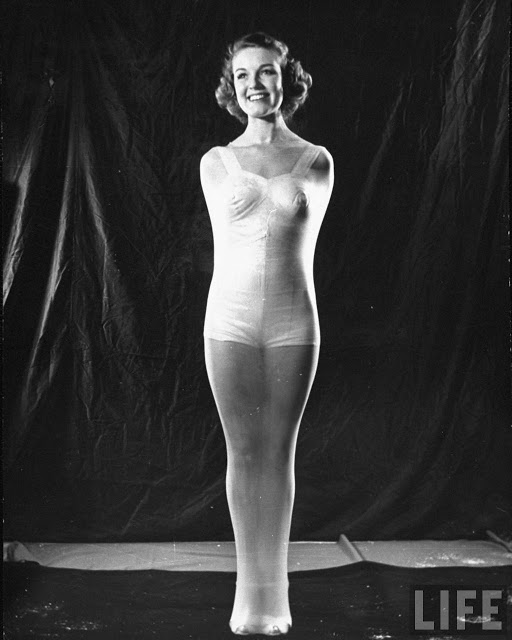 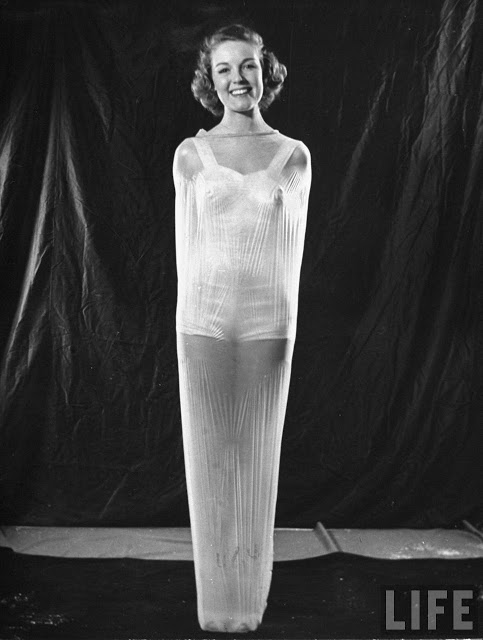 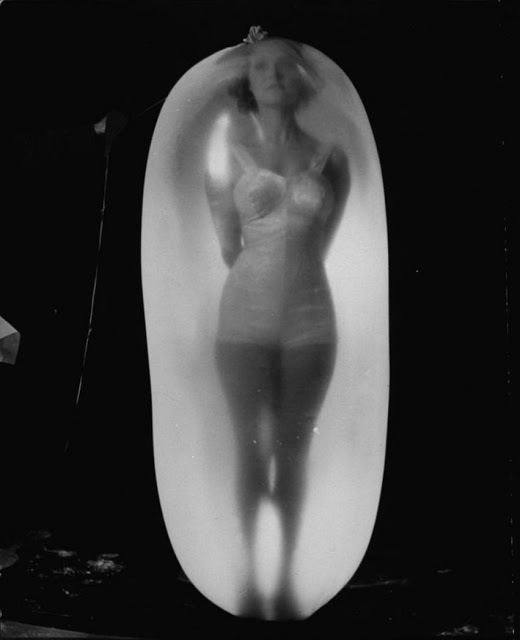 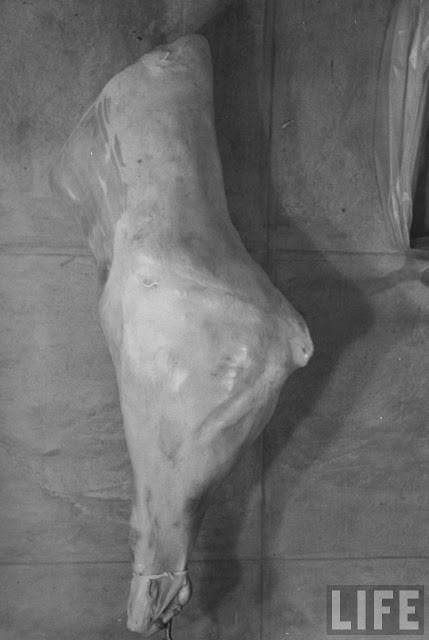 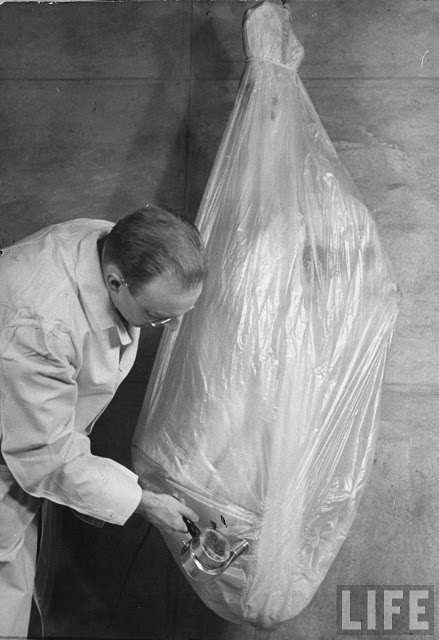