This post was originally published on this site
0
SHARES
ShareTweet
Springs Cotton Mill traces its beginnings to the organization of the fort Mill Manufacturing Company when it opened a plant in Fort Mill, South Carolina in 1888. The Springmaid Fabrics line was introduced by owner Elliott White Springs (1896–1959) and he used sex appeal to advertise the line during the 1940s and 1950s. This collection includes several of the racy illustrated advertisements that made liberal uses of double entendres.

The Springmaid ads, clearly influenced by pin-up art, made use of double entendre and liberal doses of voyeurism. The illustrations generally fell into one of two categories, with some exceptions: looking up a woman’s skirt or seeing her panties fall down around her ankles. That’s about it. Most of the ads came with a short tagline such as “Defy Diaphoresis,” “Protect Yourself,” “Perfume and Parabolics,” or “We Put the ‘Broad’ in Broadcloth!” 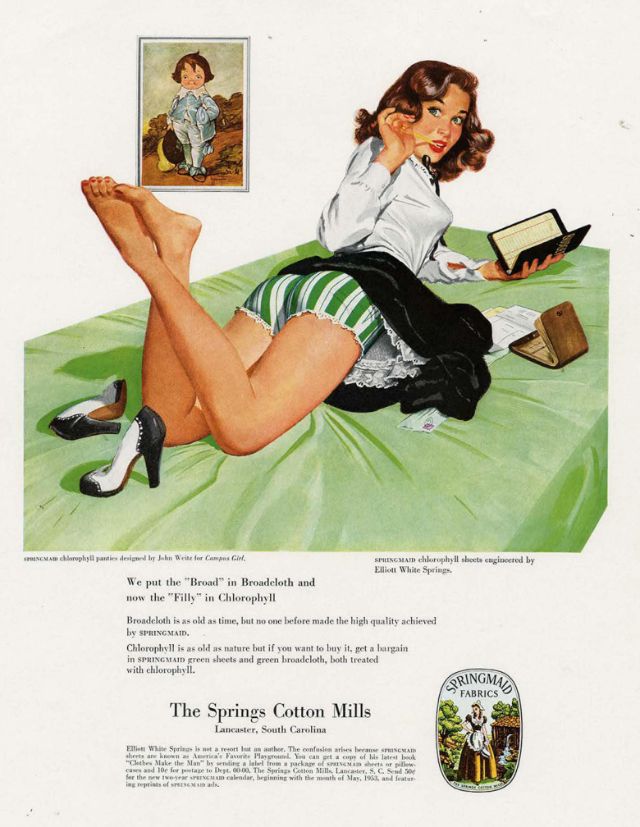 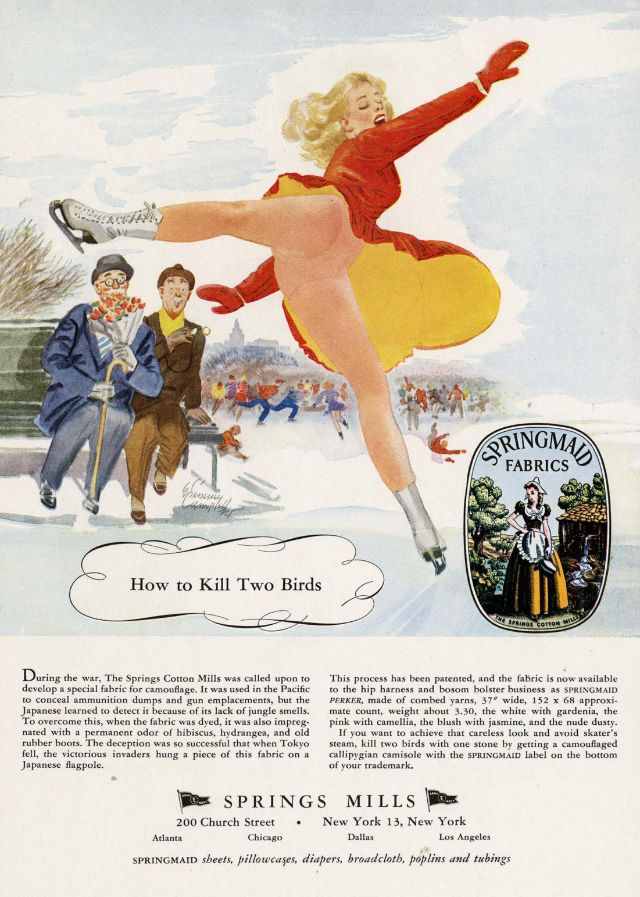 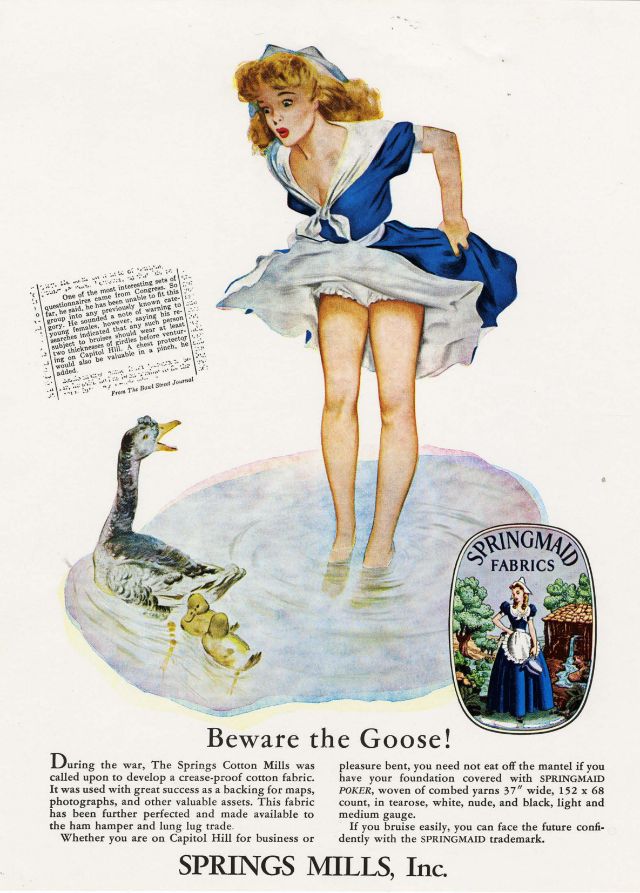 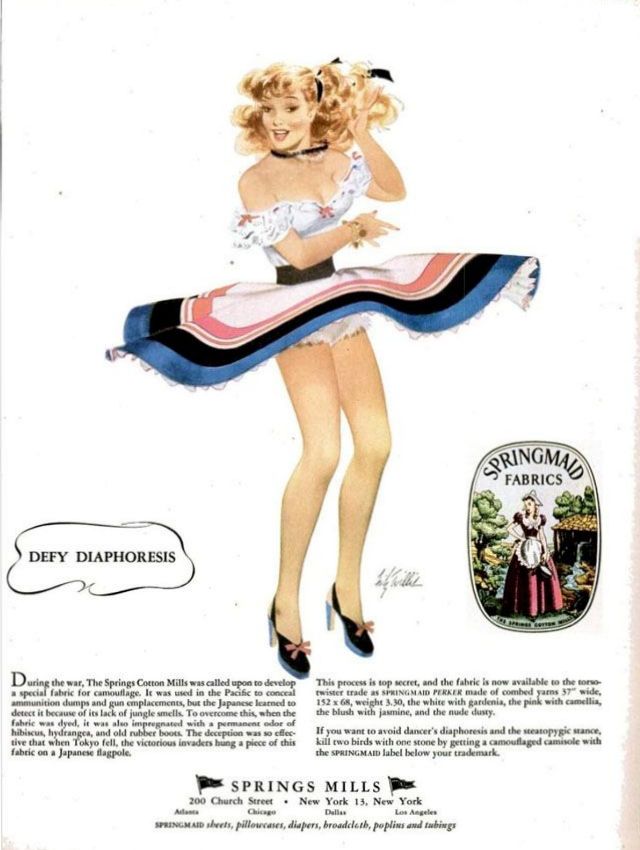 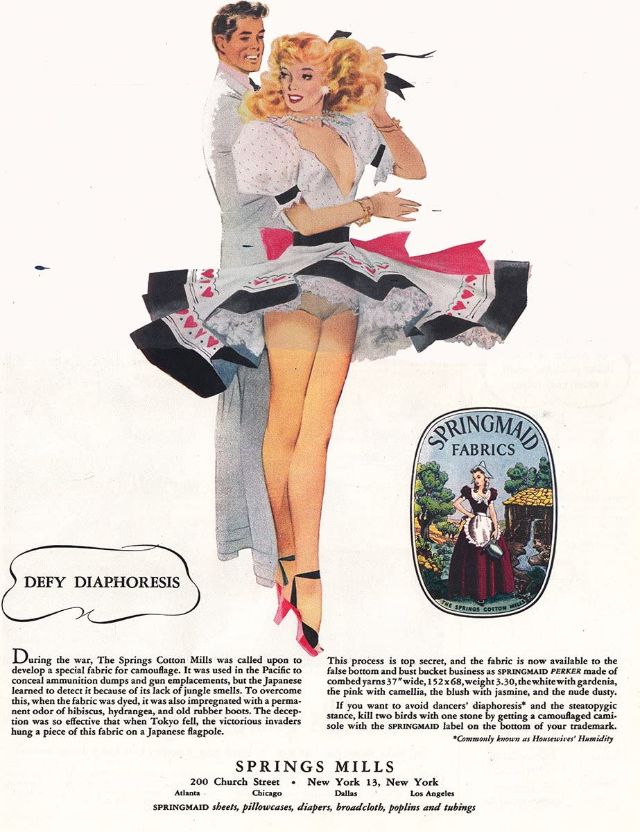