The Mondrian Collection was designed by French fashion designer Yves Saint Laurent (1936–2008) in 1965. This collection was a homage to the work of several modernistic artists. Part of this collection were six cocktail dresses that were inspired by the paintings of Piet Mondrian (1872–1944). 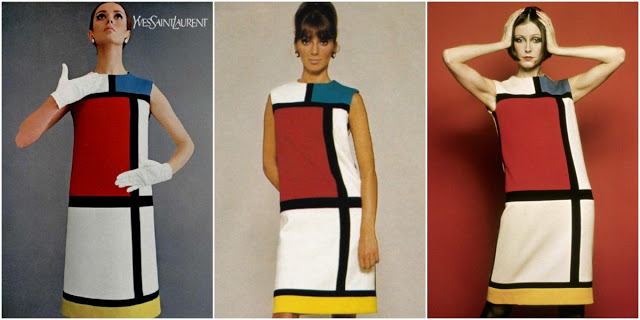 Because these six dresses played a major role in this collection the collection is called the Mondrian Collection. In academic literature it has been questioned whether this name fully covers the aim of the collection, since there are other artists who inspired Saint Laurent such as Poliakoff and Malevich. However, Mondrian seemed to play a leading role in this collection.
The convergence of fashion and art in the Mondrian dresses is significant. Whilst reflecting the fashionable Western silhouette, the designs also reflect the significance of the work of artists like Mondrian during the sixties. The abstract, geometric visual language of the modernistic Dutch movement De Stijl to which Mondrian belonged was applied to the design of the six dresses.
Saint Laurent was known for his love of fine art, and had an extensive collection covering a wide range of periods and styles which had important influence on his work. He said of Mondrian: “Mondrian is purity and one can go no further in purity in painting. This is a purity that joins with that of the Bauhaus. The masterpiece of the twentieth century is a Mondrian.”
The dresses have been described as a canvas on which Saint Laurent experimented with his artistic ideas, and have become regarded as having captured the Zeitgest of their era. As icons of 1965 fashion the dresses have been described as giving a new perspective on haute couture—namely that it didn’t have to consist of a total look any more, and that it could be easy to wear. 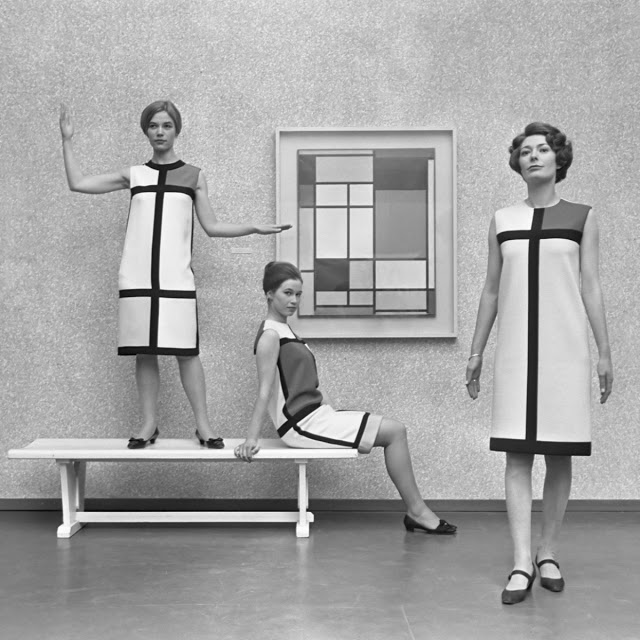 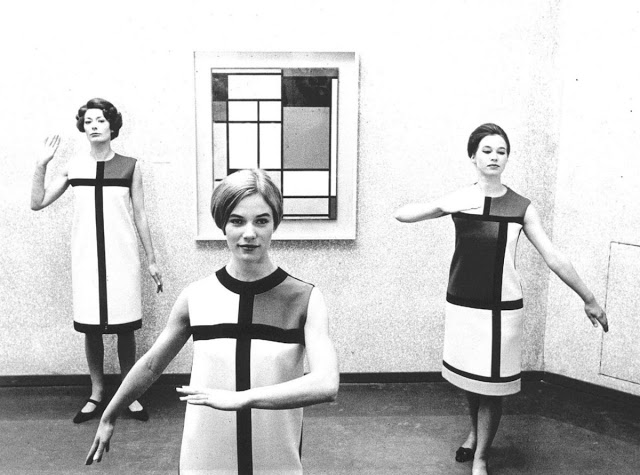 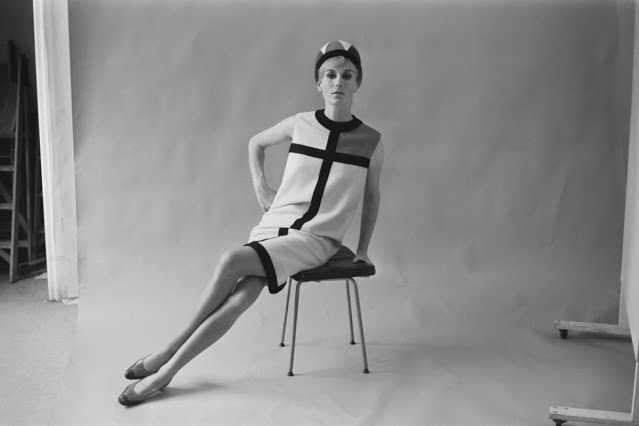 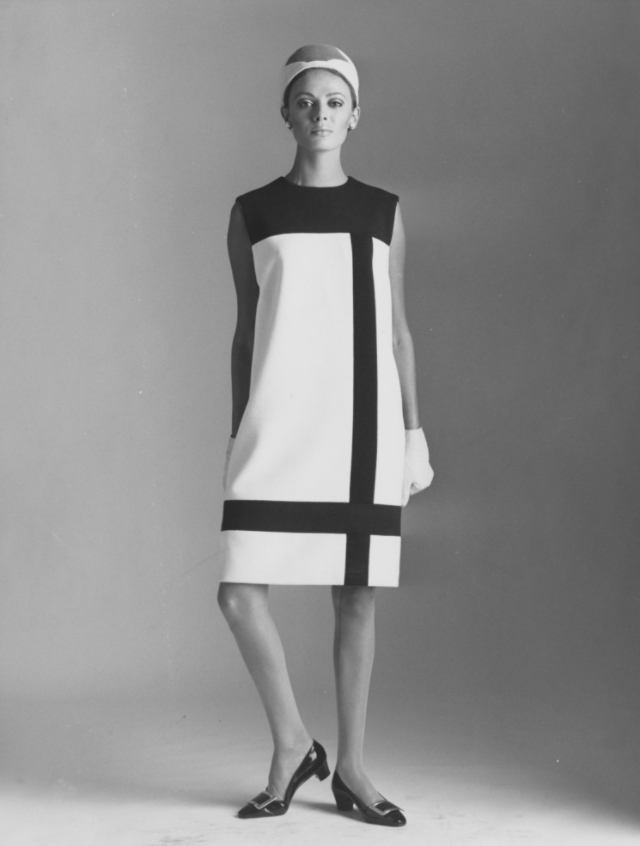