This pop culture classic unearths candid photographs of the most famous superstars of the 1970s and ’80s alongside forgotten and cult personalities, captured through the lens of a monumentally obsessed fan. Gary Boas’ tales of his interactions with the stars add to this fascinating document of a bygone era. 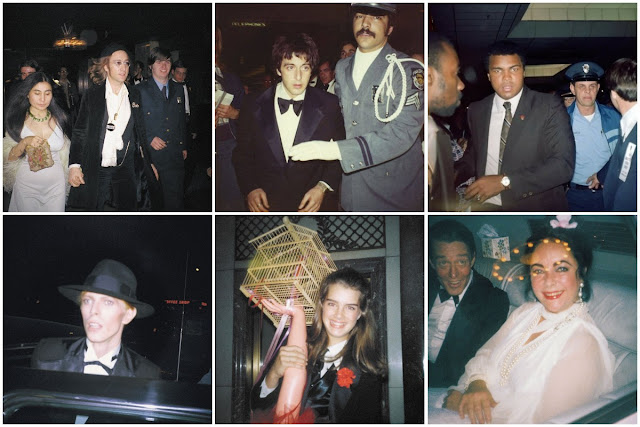 “It is easy to understand the differences between the icons of the 1970s and ’80s era compared to the stars of today,” said Gary. “Back then the famous people where more approachable and truly glamorous. Today, the stars are always accompanied by an entourage of people, their press agents and stylists. Their ego is most of the times bigger that their actual career, yet they carry an attitude towards the people who want to approach them.”
Gary Lee Boas is an American photographer and author best known for his photos of the famous. Throughout the 1970s and 1980s he spent his time photographing celebrities and stars. Always more an amateur bird-watcher than paparazzi Boas’ photos have a freshness and fanboy charm that has elevated his work to the status of art.
Gary’s gigantic collection of photographs spans the decades and chronicles the ages of Hollywood legends like Gloria Swanson, Charlie Chaplin and Hal Roach. There’s John Wayne, Marlene Dietrich and Garbo, Fred Astaire and Ginger Rogers, Frank Sinatra, Sammy Davis. It’s Andy Warhol and Candy Darling, Tennessee Williams and Truman Capote. And on the new wave are the young stars such as Al Pacino, John Lennon, Michael Jackson, Dustin Hoffman. Everyone who was anyone appeared in the viewer of his camera and many became personal friends of his.
Here are some candid snaps taken by Gary Boas: