The curator at UCL, said, “I think Bentham would certainly have approved of his head going on public display. It’s what he intended.” 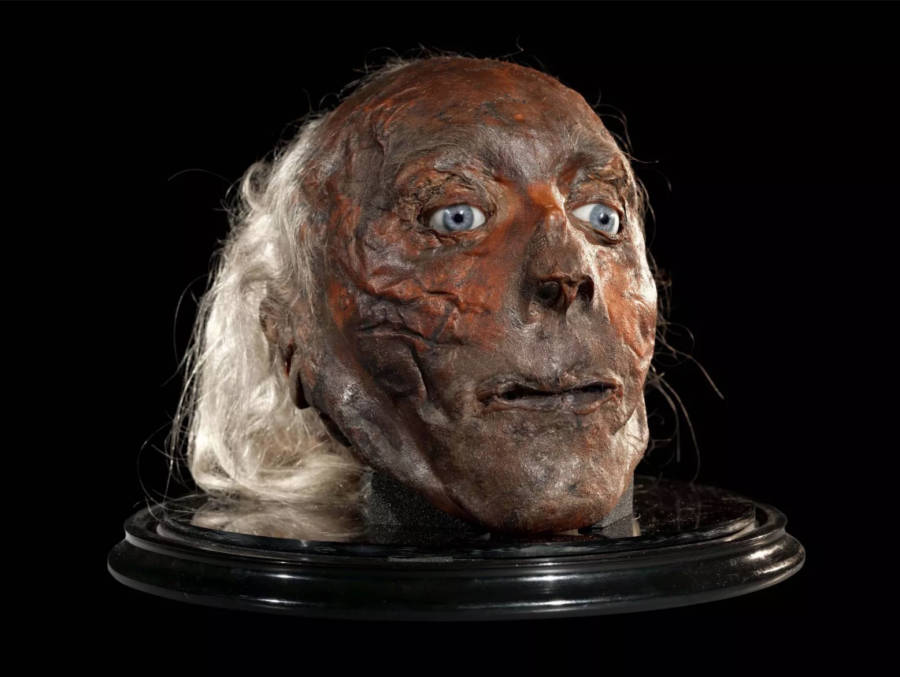 The preserved head of an eccentric 18th-century British philosopher will be put on display at University College London and will be tested to see if he had autism.

The Daily Mail reports that the mummified head of British philosopher Jeremy Bentham, which has been preserved since his death 185 years ago, will soon be put on display at a University College London art exhibit entitled “What does it mean to be human?”

Bentham had his head and spine preserved after his death in 1832, as per his instructions. He wished to have the two displayed as what he called an “auto-icon,” a representation of himself after his death, so that his friends and admirers would visit after he died.

In his will, Bentham instructed his good friend Doctor Southwood Smith to mummify his head and preserve his spine. However, though Smith was able to mummify Bentham’s head, he made mistakes in attempting to replicate the head mummification techniques of the New Zealand Maoris, and in the process, the skin of the face was pulled taught to the skull and tanned.

This resulted in a preserved head with a horrifying visage. For this reason, Bentham’s eventual auto-icon, a model of himself sitting in a chair with his actual spine in it, had a wax head affixed to it rather than his horrifying skull.

Bentham’s actual head was placed in a small box in the same case as his auto-icon but was removed after it was the subject of a number of pranks by students. This usually came from UCL’s rival school, King’s College London, who even stole the head once in 1975, and didn’t return it until receiving a ransom.

The head was originally put away for safekeeping by the staff after it was deemed too gruesome for the public.

Now, for this newest art exhibit, Bentham’s head is finally going back on display after decades of being removed.

Subhadra Das, Curator of Collections at UCL Culture, said, “I think Bentham would certainly have approved of his head going on public display. It’s what he intended.”

The reemergence of this head also gives scientists and Bentham historians an opportunity to test a much-disputed fact regarding Bentham: whether or not he had autism.

Jeremy Bentham was a philosopher in the late 1700s and early 1800s who pushed for a number of values that we would now view as socially progressive. He was a utilitarian philosopher who pushed for rights for homosexuals and women, as well as widespread education for all people.

He established many systems of law and order, and even co-wrote the bill that established the first police force in England.

However due to his eccentricities and contemporary descriptions that say he had “few companions his own age” and was “morbidly sensitive,” many historians now believe he may have had autism.

These historians now hope to use modern genetic testing on his mummified head to discover if he has DNA markers associated with autism.

This inquiry, whatever it discovers, will deepen our knowledge about this pivotal British figure and will give us a greater understanding of someone who was pivotal in shaping the society we live in today.

Next, see the face of a 2,000-year-old mummified warrior recently discovered. Then, learn about the Japanese monks who mummified themselves while still alive.