The 1968 movie Barbarella became known as not only one of Jane Fonda’s most memorable roles, but also the pinnacle of sexy sci-fi costuming. Fonda took on the titular role of Barbarella–a futuristic astronaut in the year 40,000 who is tasked with stopping the evil Durand Durand. Directed by her husband at the time, Roger Vadim, Fonda wears sexy outfits for much of the movie. Despite being a critical and commercial failure at the time of its release, the film has gone on to become a cult classic. 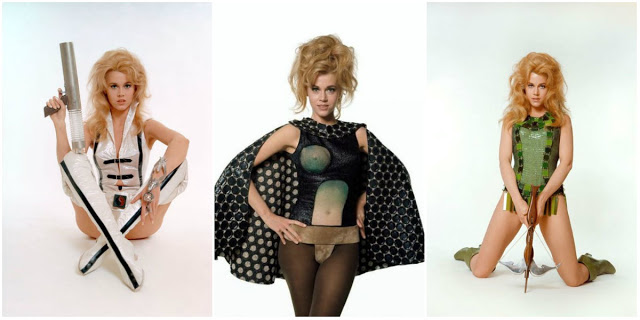 Beyond the laughable sets, ridiculous soundtrack and psychedelic effects there are real influential gems to be mined. Barbarella’s journey is much like a fantasy quest and key concepts like a conscious computer on a ship came before even Kubrick’s 2001: A Space Odyssey. But all that is beside the point, the truly memorable parts of the movie are the costumes and Jane Fonda underwent eight costume changes in the one film. Like in the 5th Element, Barbarella’s wardrobe for the film was conceived by a fashion designer rather than a typical film or theater costumer.

Jane Fonda’s costumes for the film were the work of Jacques Fonteray and fashion designer Paco Rabanne. Fonteray would later work on films such as Moon Raker and The Party while Rabanne’s fashion forward designs became renowned for their bold details. Influenced by armor as well as the 1960s women’s liberation movement, quite a few of the designs included nontraditional materials.

A shiny silver spacesuit with detachable sleeves and leggings, with a transforming silver helmet. (Worn for the title sequence as Barbarella enters the spaceship.) 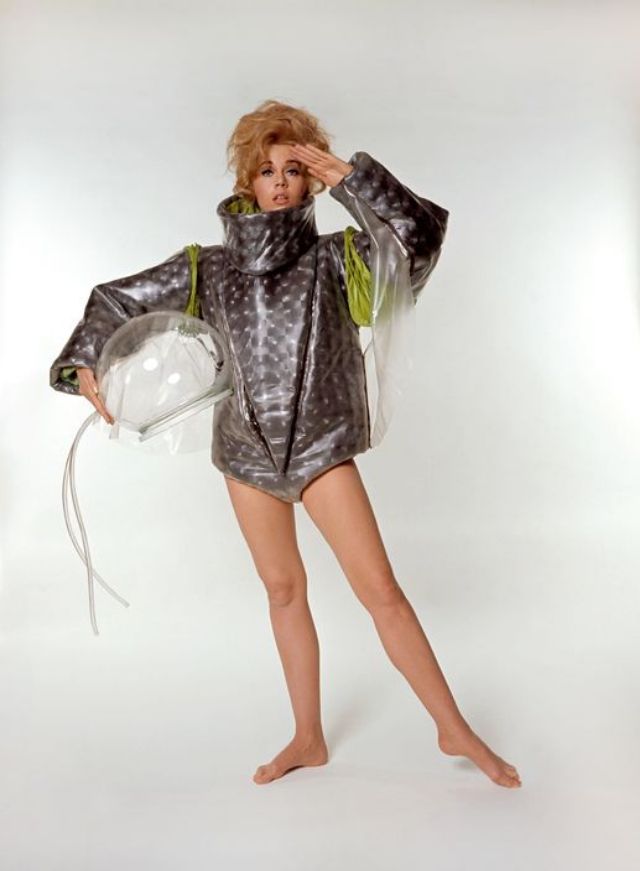 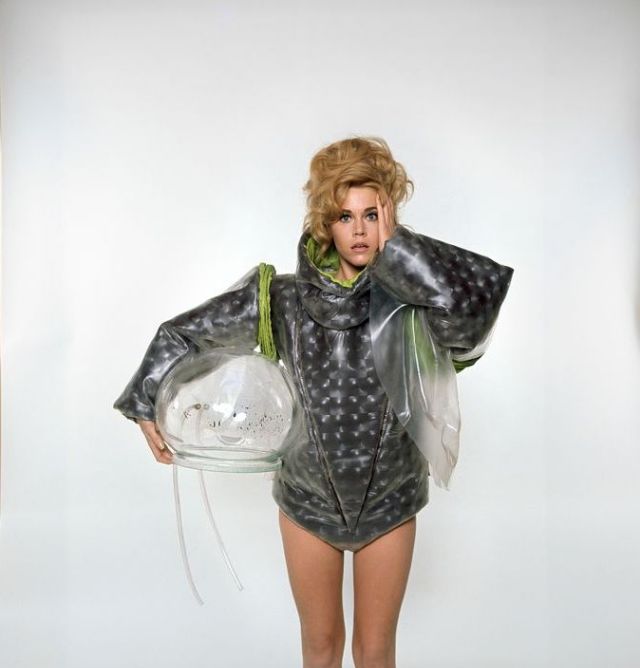 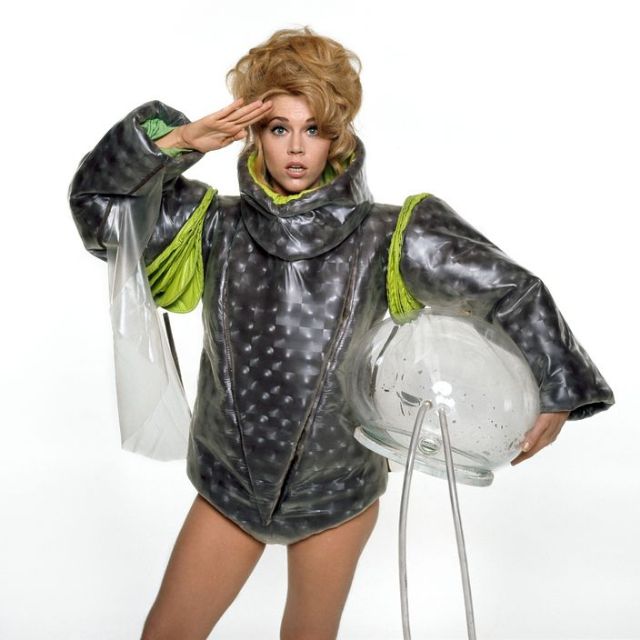 Black one-piece with breast and stomach windows, segmented see-through plastic casing overlaying the shoulders and breasts, and black tights. (Worn for the space voyage to Tau Ceti. Presumably this is her official pilot’s uniform!) 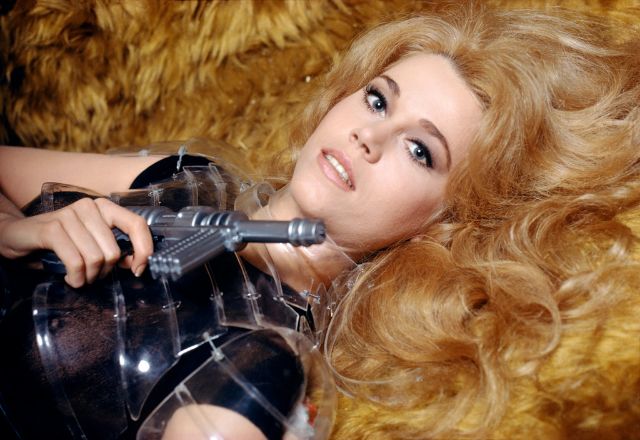 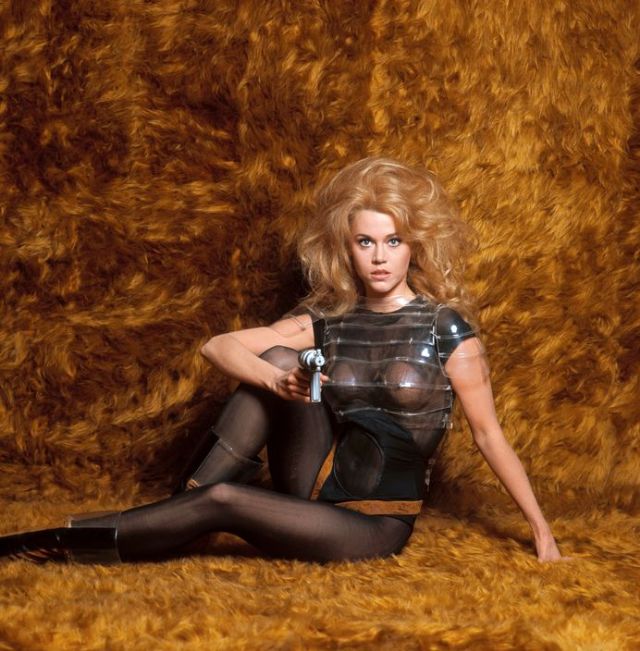 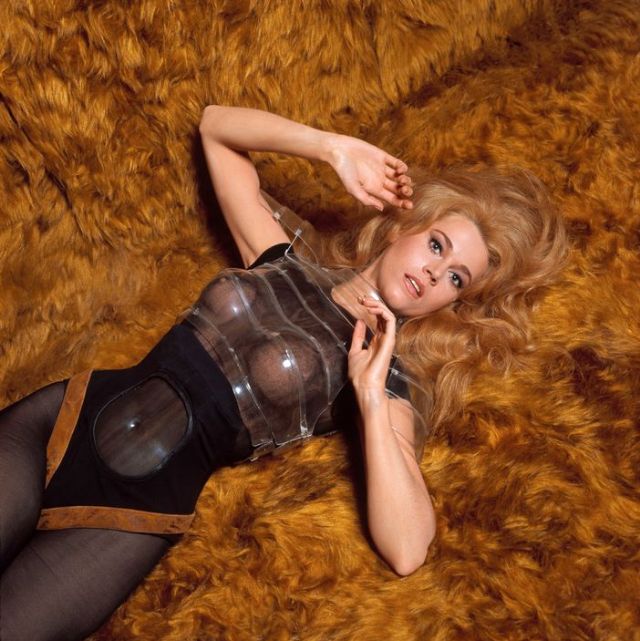 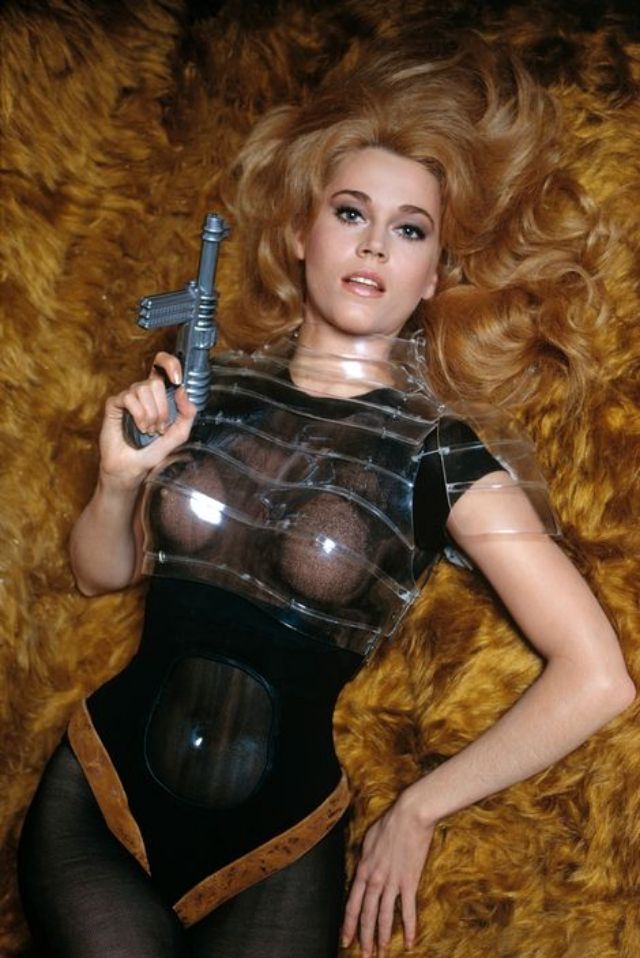 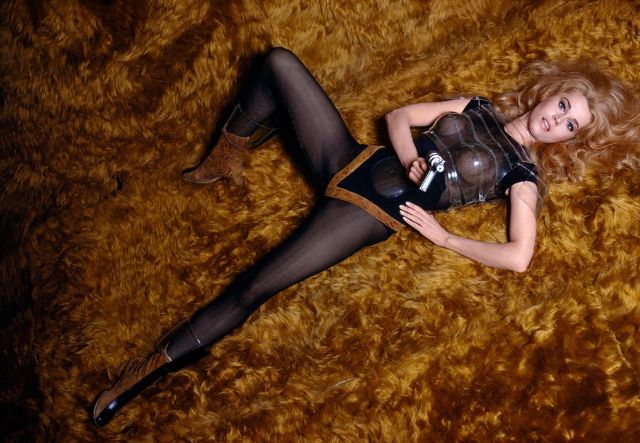