This post was originally published on this site
0
SHARES
ShareTweet
Mistinguett (born Jeanne Florentine Bourgeois) was a French actress and singer. Bourgeois aspired to be an entertainer at a very young age. She began as a flower seller in a restaurant in her hometown, singing popular ballads while selling blossoms. After taking classes in theatre and singing, she began her career as an entertainer in 1885. One day on the train to Paris for a violin lesson, she met Saint-Marcel, who directed the revue at the Casino de Paris. He engaged her first as a stage-hand, and here she began to pursue her goal to become an entertainer. 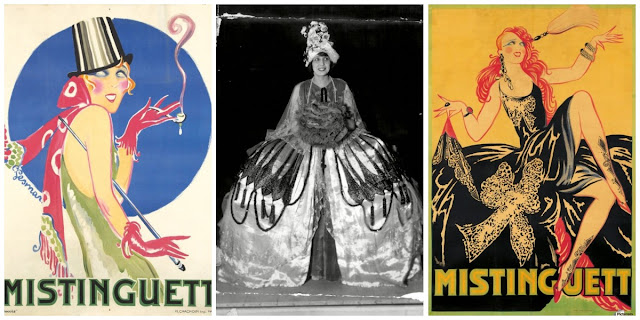 Bourgeois made her debut as Mistinguett at the Casino de Paris in 1895 and went on to appear in venues such as the Folies Bergère, Moulin Rouge and Eldorado. Her risqué routines captivated Paris, and she went on to become the most popular French entertainer of her time and the highest-paid female entertainer in the world, even having her legs insured for 500,000 francs in 1919. During a tour of the United States, Mistinguett was asked by Time magazine to explain her popularity. “It is a kind of magnetism.” She replied. “I say ‘Come closer’ and draw them to me.”
Mistinguett died at the age of 8    2 in Bougival, France. Upon her death, writer Jean Cocteau observed in an obituary: “Her voice, slightly off-key, was that of the Parisian street hawkers—the husky, trailing voice of the Paris people. She was of the animal race that owes nothing to intellectualism. She incarnated herself. She flattered a French patriotism that was not shameful. It is normal now that she should crumble, like the other caryatids of that great and marvelous epoch that was ours.”
Take a look at the great French entertainer through these 21 captivating vintage photographs and posters: