This post was originally published on this site
0
SHARES
ShareTweet
Tod Papageorge was born in Portsmouth, New Hampshire in 1940, and began to photograph in 1962 during his last semester at the University of New Hampshire. Little more than a month later, after running across reproductions of two pictures made by Henri Cartier-Bresson, he decided to be a photographer.
Following his graduation, Papageorge worked for about a year as a map clerk in an insurance company in San Francisco and then as an attendant at a mental hospital in Boston. In 1965 he spent ten months photographing in Spain and Paris and, late that year, returned to the states and moved to New York, where he soon met Robert Frank and was invited by Garry Winogrand to participate in a workshop that Winogrand was about to initiate at his apartment on Sunday evenings…
After grappling with the challenging problem of photographing on the streets of Manhattan through the 1960s, Papageorge was awarded a Guggenheim Fellowship in 1970 to photograph “spectator sports in America.”…
Take a look at life in New York in 1966 and 1967 through these beautiful Kodachrome pictures taken by Papageorge: 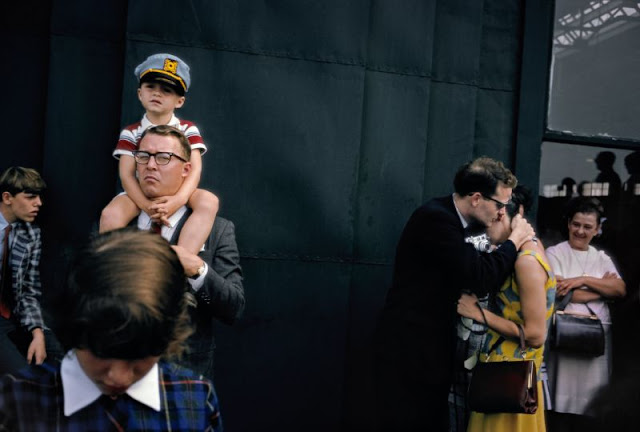 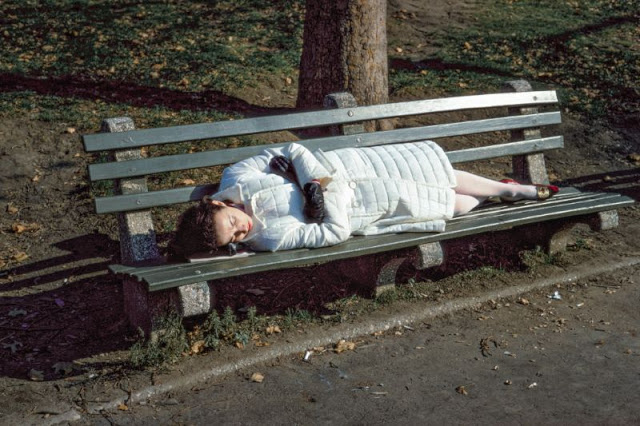 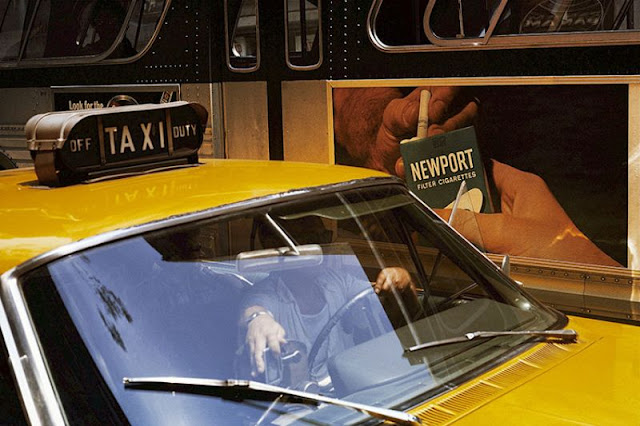 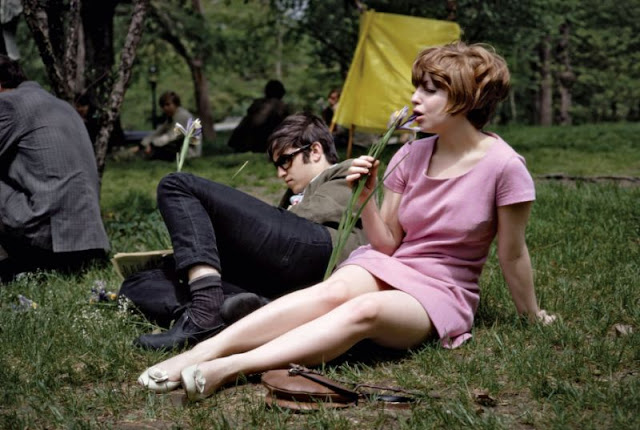 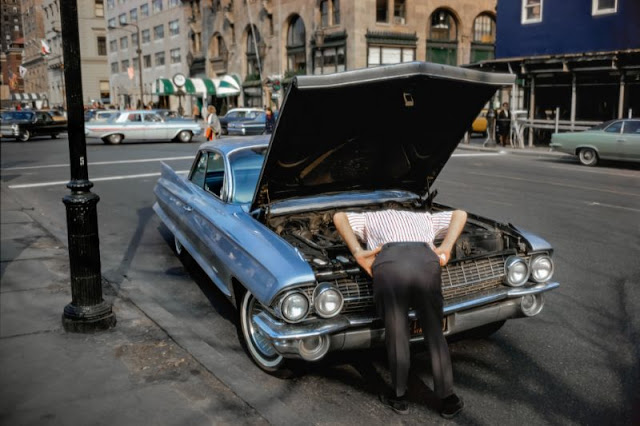