It is shocking to see the plethora of tobacco brands which incorporated images of infants in their advertisements, but these images had multiple values to tobacco advertisers.

The movement to de-normalize tobacco smoking has been quite successful in the U.S., especially when it comes to the intersection of smoking and children.

Advertising directly to children, or in ways that might be interpreted as appealing to children, is illegal. Smoking while pregnant is taboo and smoking around your children, especially indoors, is also heavily stigmatized, at least among some American populations.

A collection of vintage cigarette advertising at the Stanford School of Medicine, however, suggests that these attitudes are quite new. The site displays a wide array of advertising with kids. 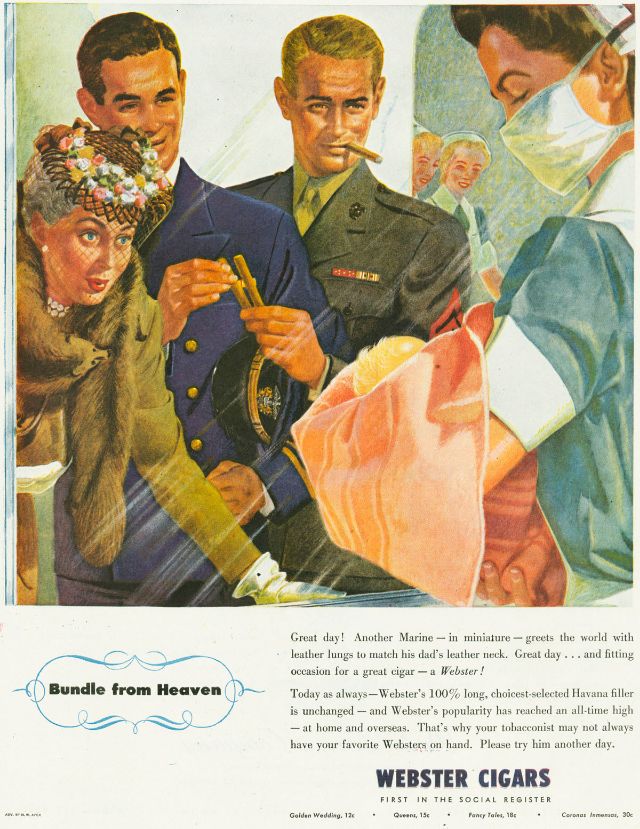