The site of Julius Caesar’s British invasion, which has remained a mystery for centuries, has recently been unearthed by archaeologists. 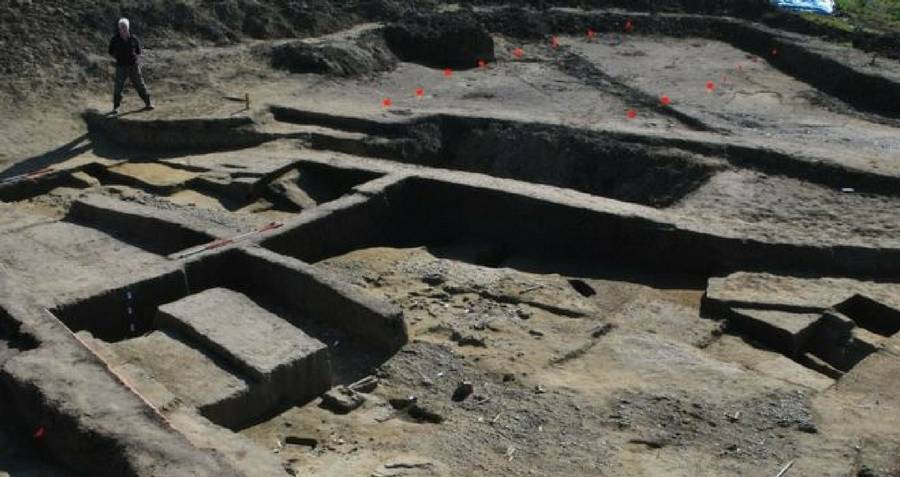 BBC/University of LeicesterArchaeologists uncovered a defensive ditch, believed to guard a fort on the beach.

Though Julius Caesar’s invasion of Britain happened in 54B.C., the exact location of his arrival on the isle has remained a mystery — until now.

“The presence of cliffs, the existence of a large open bay, and the presence of higher ground nearby are consistent with the 54B.C. landing having been in Pegwell Bay,” said Dr. Andrew Fitzpatrick, who worked on the excavation.

The team was first drawn to the location after reading the written accounts of the invasion. In the accounts, Caesar describes leading 800 ships, 20,000 soldiers, and 2,000 cavalries, which would need a wide open space to land. Pegwell Bay was just the place.

“We think that the location of the site fits very closely with what Julius Caesar gives in a series of clues – he doesn’t tell us in detail, but he gives some snippets, and by piecing those snippets together we think it fits very well,” said Fitzpatrick. 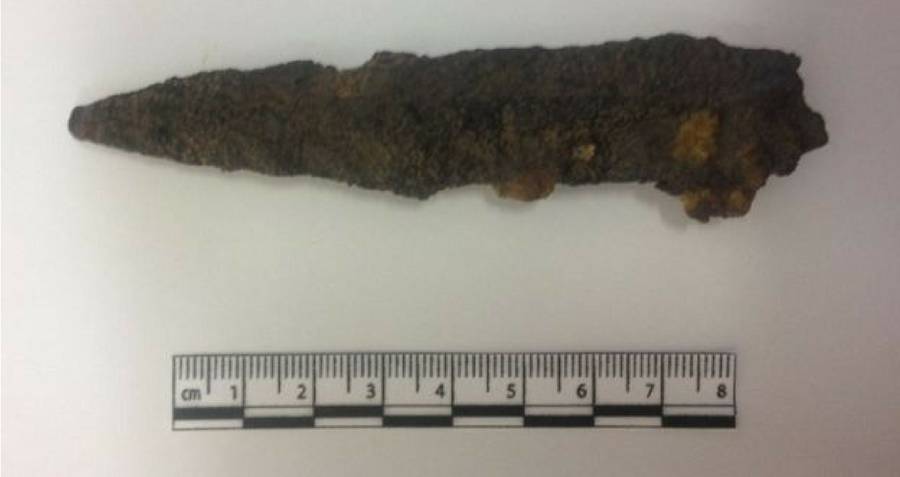 BBC/University of Leicester A piece of a pilum, a Roman javelin.

At the site, the excavation team located a large ditch, two meters deep and five meters wide, consistent with the kind of defensive ditches that the Roman Empire used as the first line of defense around their forts. Ditches similar to this have been found at known Roman invasion sites around France.

The ditch was believed to be used to defend a large fort, probably built to house Caesar’s ships on a nearby beach.

In and around the ditch, the team located bits of pottery and weaponry that are also consistent with that used by the Roman Empire. One of the most significant finds was a piece of a pilium, a type of Roman javelin.

The find is significant, as not much is known about the Roman invasion of England.

“The conquest of south-east England seems to have been rapid, probably because the kings in the region were already allied to Rome,” professor Colin Haselgrove, who led the investigation, said.

The find could help historians and archaeologists learn more about the invasion, and it’s lasting impact on Britain.

“This was the beginning of the permanent Roman occupation of Britain, which included Wales and some of Scotland and lasted for almost 400 years,” Haselgrove said.

Next, read about the 3,000-year-old Scottish weapons archeologists discovered under a soccer field. Then, read about the wine shop that was sitting on top of remnants of America’s first colonists.