Daguerreotypes, the first commercial form of photography, appeared in America around the year 1839. These were produced by first sensitizing a polished silvered copper plate with iodine vapor, and then exposing the plate to light. The image was developed over hot mercury, fixed, and rinsed. This was a direct positive process, meaning that no negatives were produced, and so each daguerreotype is unique. Daguerreotypes can be easily distinguished from other early photographs by their reflective, mirror-like surface.

Animals are not well represented in daguerreotypes, yet their visage within them is quite informative. The inclusion of animals was inhibited by their penchant for movement, which confounded the capabilities of the daguerreotype. Nonetheless, people sought to incorporate animals into portraits, the result often being a smeared image of the being. Rather than viewing this outcome as a failure, the smeared images should be viewed as theoretically and philosophically insightful.
On the one hand, the smears suggest the frailty of existence during an era in which disease and death were common, a condition that instigated the creation of lasting daguerreotypes. The smears indicate the transient character of life in all ages, a condition that points toward an altered conception of animal ontology. These social and ontological insights have ramifications for present-day relations. 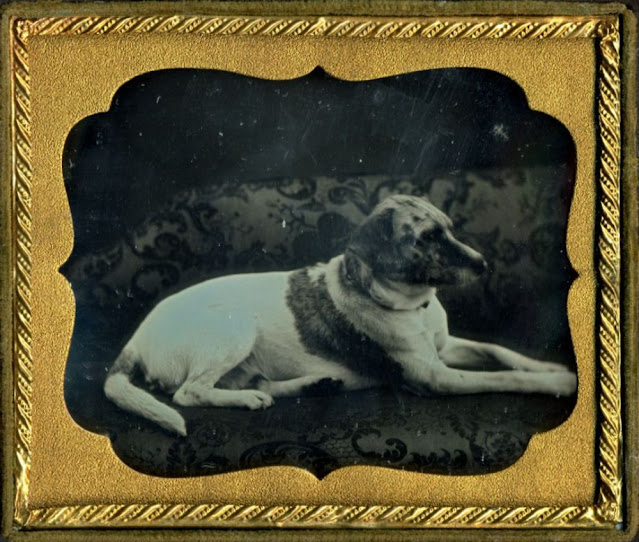 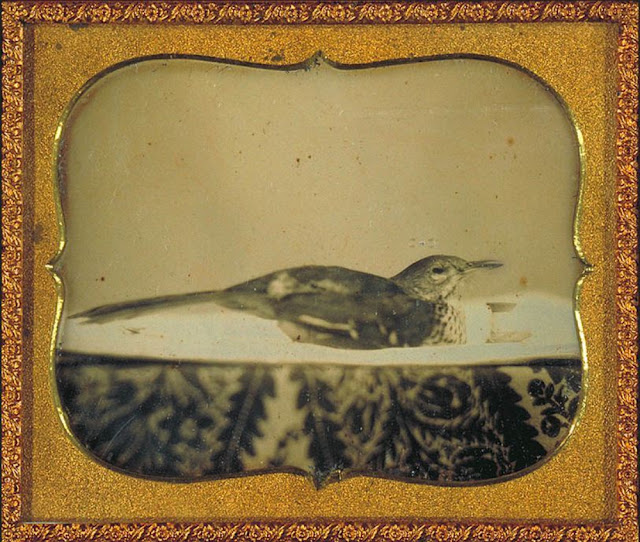 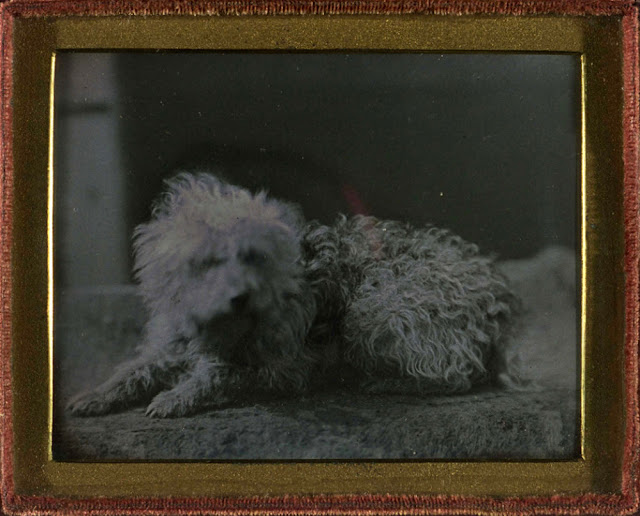 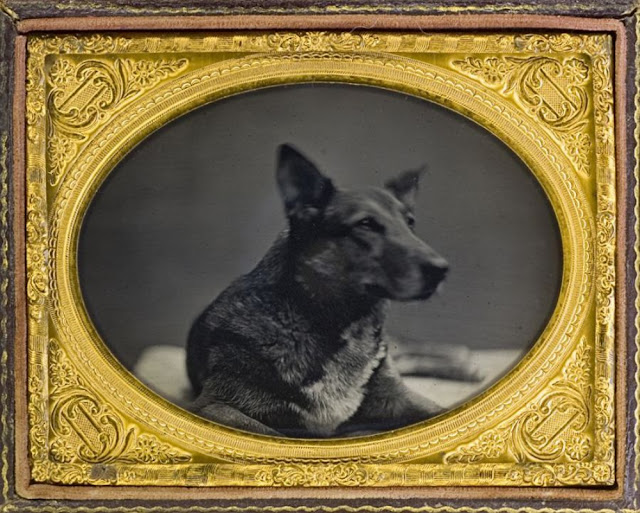 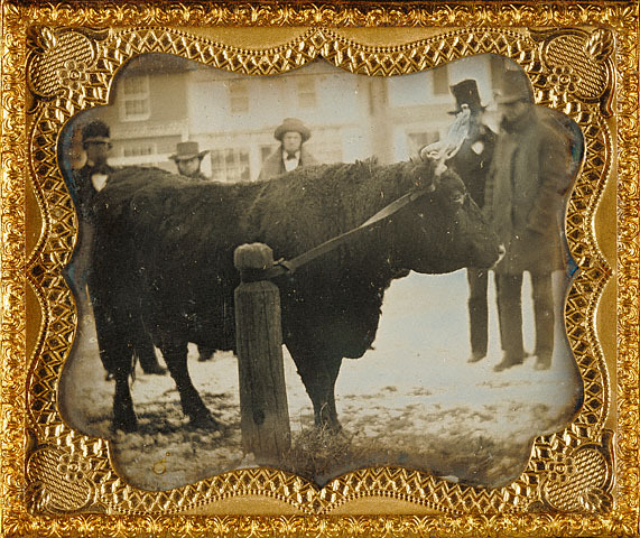