The settlement was first discovered in 2007, but new advances in imaging technology have uncovered more of the city than ever before. 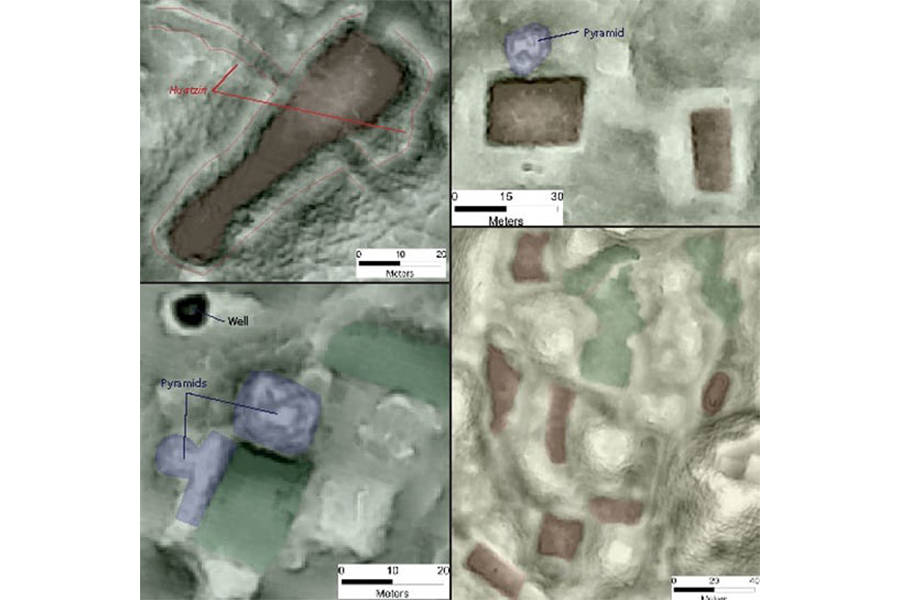 The GuardianLidar images show the ancient city and its various structures.

Archaeologists in Mexico have uncovered an ancient civilization that may have held as many buildings as modern-day Manhattan.

Roughly half an hour’s drive from the city of Morelia, west of Mexico City, the city is believed to have been built around the year 900 A.D. by a group of people known as the Purépecha, rivals to the more well known Aztecs. Researchers also discovered that the settlement was built on top of ground that was covered by a lava flow from thousands of years ago.

Using groundbreaking technology, known as lidar (Light Detection and Ranging) scanning, archeologists were able to map out the footprint of the city, which spanned roughly 16 square miles. The images showed distinct neighborhoods, and structural outlines covering almost the entire area, known as Angamuco.

“To think that this massive city existed in the heartland of Mexico for all this time and nobody knew it was there is kind of amazing,” said Chris Fisher, an archaeologist at Colorado State University, who is presenting these findings at the American Association for the Advancement of Science.

Though the images are just being revealed now, the city of Angamuco has been on researchers’ radar for the past 11 years. In 2007, when it was first discovered, researchers attempted to explore it on foot. Their approach yielded the discovery of 1,500 architectural structures, though the team quickly realized that the time it would take them to pan the entire terrain would be at least a decade.

In 2011, the team began using lidar, which has revealed more than any of the researchers ever expected. With the new images, the team can go back into the city on foot, with a wider knowledge of where to excavate.

Using lidar involves directing a rapid succession of laser pulses at the ground from an aircraft. The time and wavelength of the pulses, combined with GPS and other data, produce an extremely precise, three-dimensional map of the landscape. Most importantly, the lidar imaging can see through dense foliage, where the naked eye can not.

In early February, researchers in Guatemala used lidar to discover an ancient Mayan city that had long been hidden beneath the jungle canopy. The use of lidar has been revolutionary in archaeology, as it is more precise and less time consuming than a “boots on the ground” approach.

“Everywhere you point the lidar instrument you find new stuff, and that is because we know so little about the archaeological universe in the Americas right now,” Fisher said of the technology’s uses. “Right now every textbook has to be rewritten, and two years from now[they’re] going to have to be rewritten again.”

Next, read about the ancient ruins older than the pyramids that were discovered in Canada. Then, check out these amazing sunken cities of the ancient world.