This sample female teacher’s contract from 1923 reminds us that, “We’ve come a long way, baby!” It stipulates some truly jaw-dropping rules. Women aren’t allowed to get married, keep company with men, leave town, ride in cars with boys (except their father or brother), drink, smoke or even leave their house between the hours of 8 P.M. and 6 A.M. And the most baffling rule is probably the one forbidding women from “loitering in downtown ice-cream stores.” 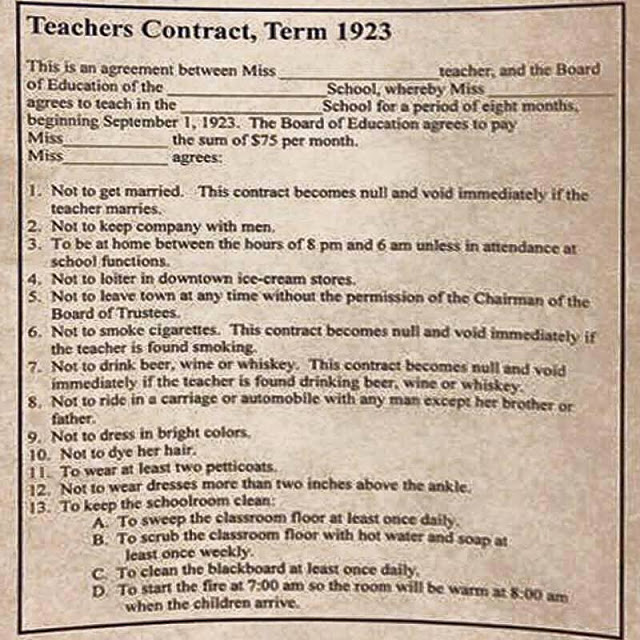 The image of the contract was posted on social websites about 5 years ago; and while the authenticity of the document is yet to be determined, it has sent people into a frenzy over the sexist terms. Among the provisions of the 1923 contract are: