When the First World War broke out, the era of the horse bus drew to a close. London’s largest bus operator, the London General Omnibus Company (LGOC), had replaced all its horse buses with motor buses in 1911 and 1912. A few other bus operators continued to use horses until August 1914.

These new vehicles, especially the B type bus, manufactured first by the LGOC and later by the Associated Equipment Company (AEC), were of interest to the War Department because of their reliability. They were built of interchangeable parts, which made roadside repairs much easier. In the first few months of the war, the War Department requisitioned approximately 1,000 London buses, over a third of the LGOC’s fleet.

Some of these vehicles were used for war service in Britain. Others were shipped from large commercial ports, such as Avonmouth, and travelled mainly to France and Belgium, although some went as far as Greece.
The versatility of these motor buses meant they were put to a variety of uses. Many were converted into lorries, with others serving as ambulances, mobile workshops or even mobile pigeon lofts.
However, their most familiar use was as troop carriers, transporting troops between the camps and the front lines. The troop carriers had their windows replaced with wooden planks for safety. Each bus could carry 25 soldiers, which was fewer than the 34 passengers they carried in London. Numbers were halved on the top deck to prevent the bus becoming too top heavy on uneven roads. 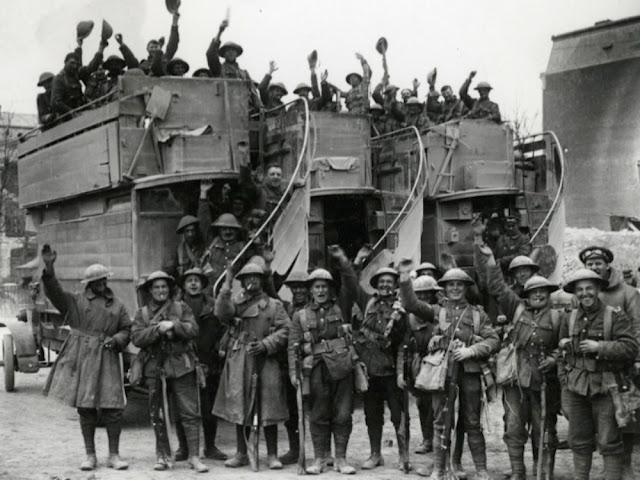 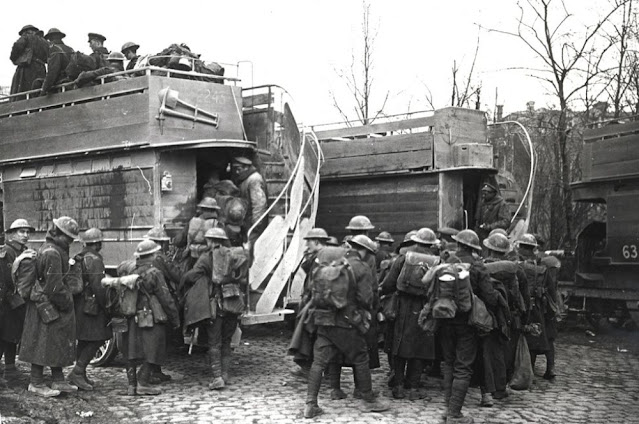 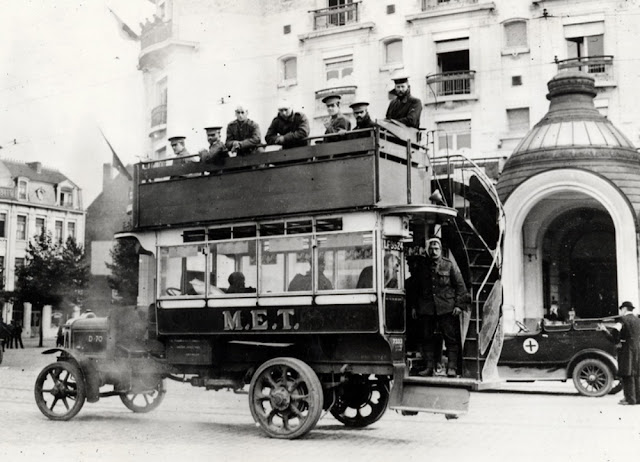 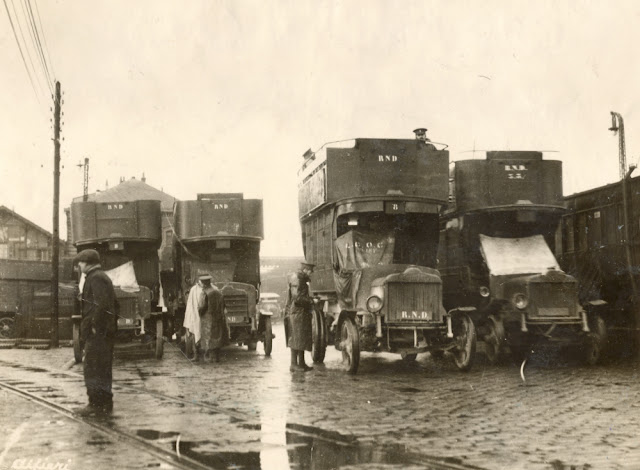 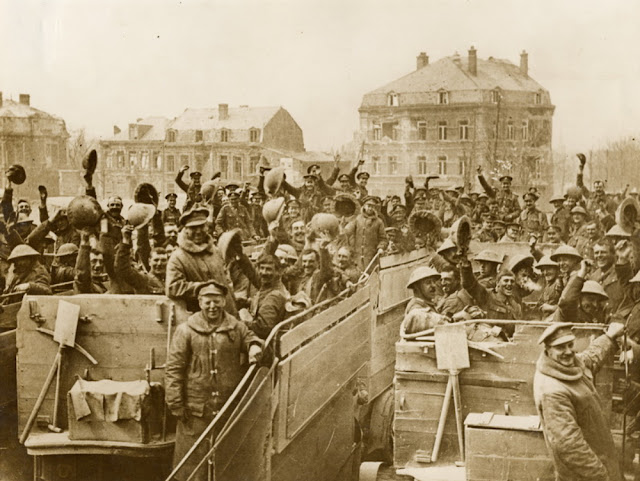