Photographer John Chillingworth took these photos at the 1953 Motorcycle Skiing championships, held at Ehrwald in Tyrol, Austria. The skiers held on to ropes attached to the backs of motorcycles –– some even with sidecars –– which had spiked wheels to grip the snow.

German skier Karl Baier won the championship that year. In four years of racing, his driver had never been hurt. The pictures were first featured in the UK’s Picture Post magazine, which featured more than 400 of Chillingworth’s photo essays. 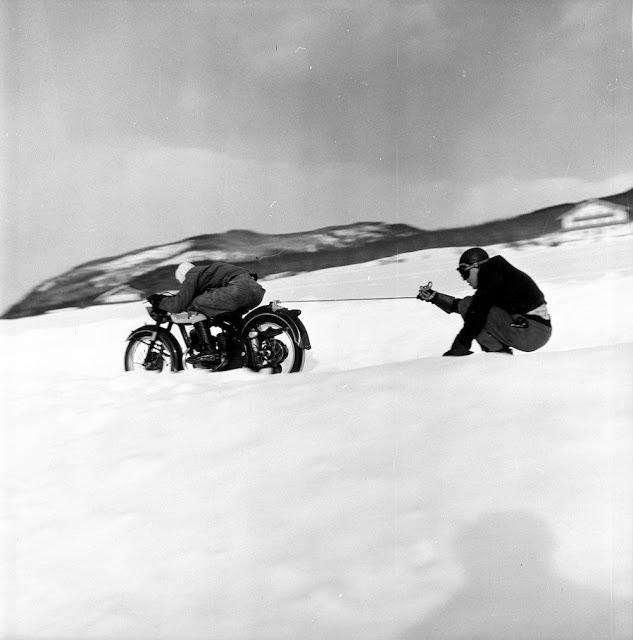 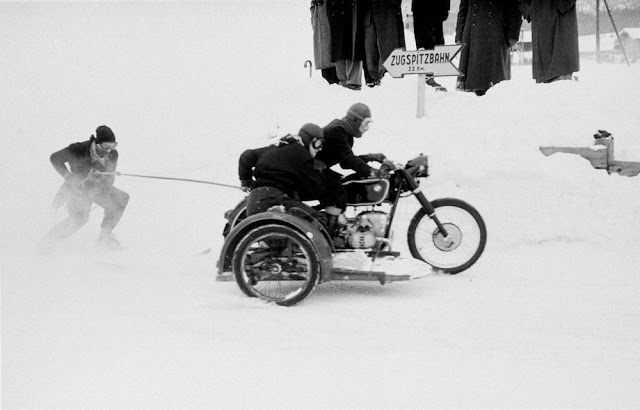 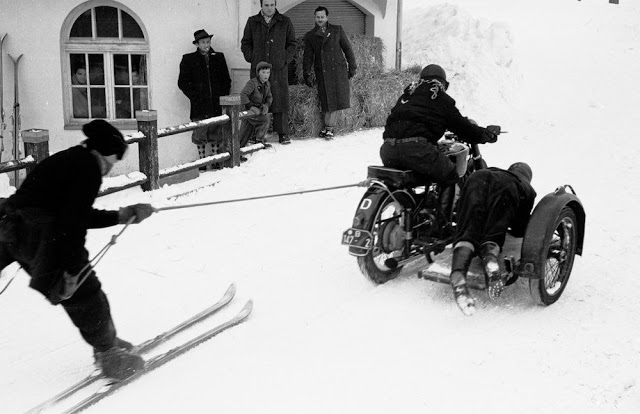 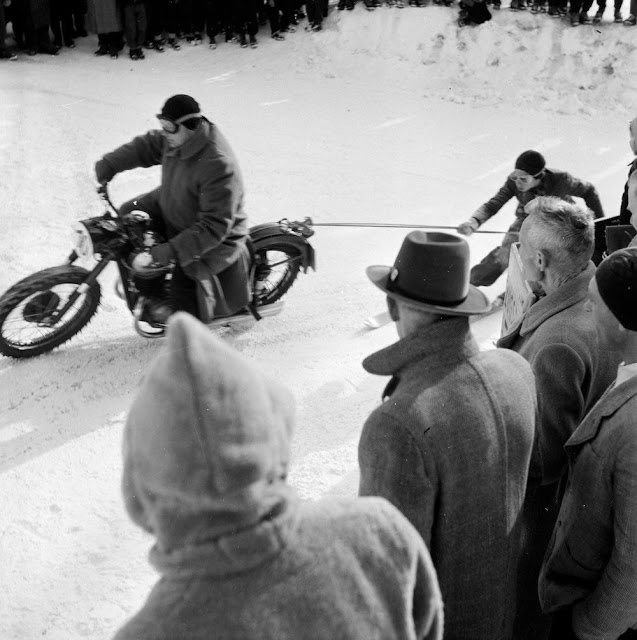 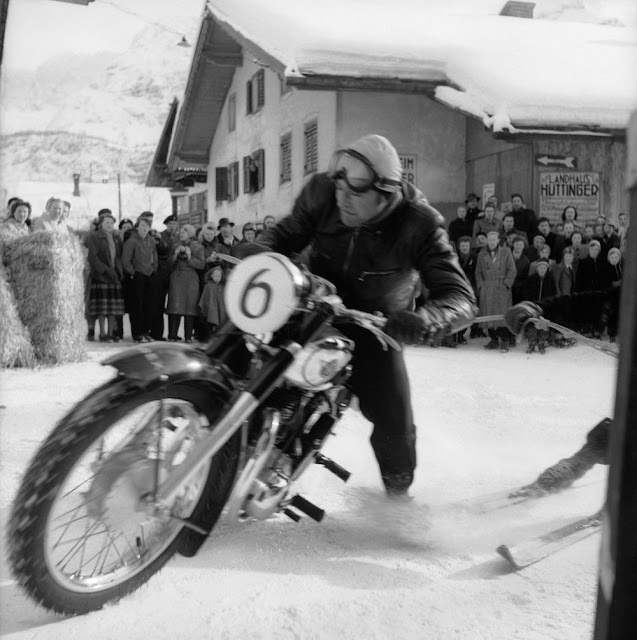