The 1920s, a time also known as the Roaring Twenties, was time post World War I where America was in one of its prime positions. America was seen as a world power and the lifestyle for men and women flourished. It was known as the Roaring Twenties because the nation was strong after the war and businesses were booming. It was a time of excitement and money for people, especially those on the social ladder. The night life in particular exploded with new fashions and ways for people to become more social.

Prohibition, or the outlawing of alcohol, passed during the 1920s and this lead to an outbreak of clubs known as speakeasies where people could go to buy liquor from bootleggers. This influenced the formation of gangs and gangsters who controlled the bootlegging operations and, in turn, controlled most of the social/party lives of the people in the major cities in America.

The look and popular culture of the era hold a strong appeal– distant enough to romanticize but close enough to relate to. The idea of Prohibition is easily turned into pretend naughty fun. And who doesn’t love sparkly dresses, stripey jackets, boater hats, and pearls?

In fact, the 1920s party potential was already being seen by the 1950s. In these photos from 1954, partygoers have gone all out in their costumes (which, considering the decade only ended 24 years ago, are more than likely actually from it). Drinks are being sipped from teacups (though eventually many of the people give up and turn to cans of beer), a bathtub is used as a decoration/liquor holder, the ladies roll down their stockings and the men wear spats. It’s interesting to see that most of the people there were probably born in the 1920s, or slightly earlier… it’s the equivalent of a 1980s or even ’90s party today! 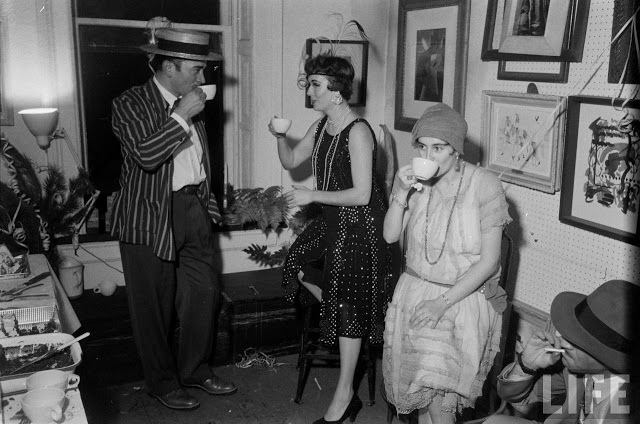 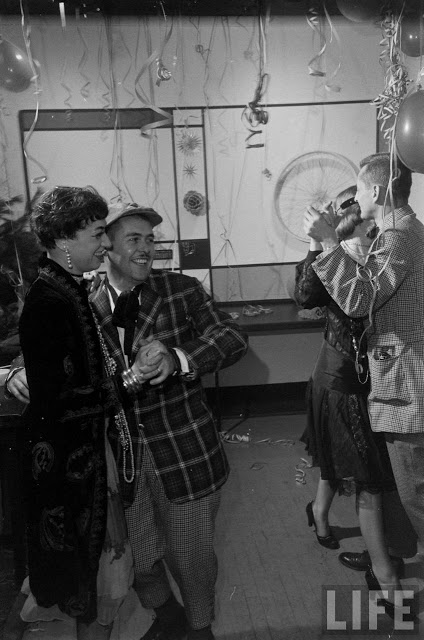 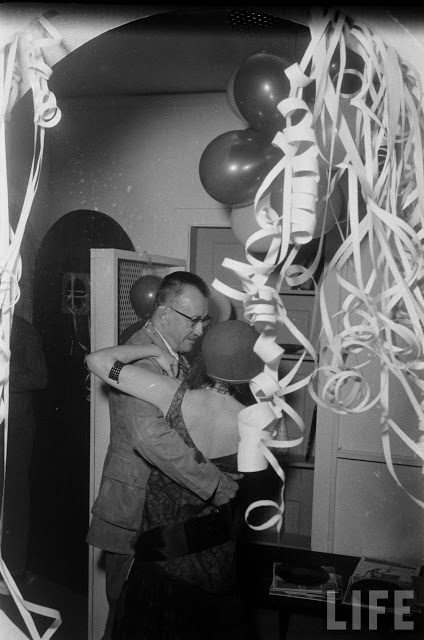 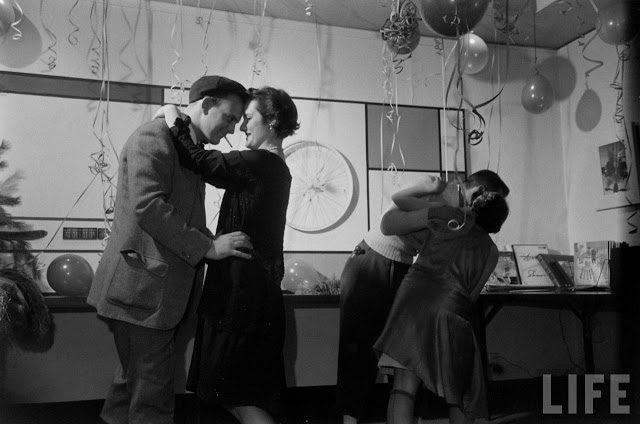 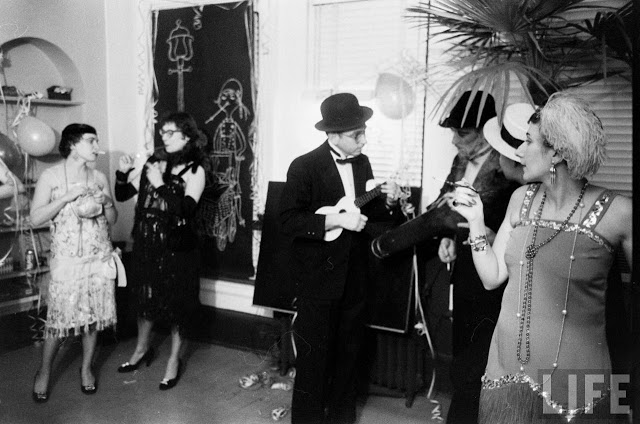