A Great Dane holds the lead of its smaller companion as they wait at the side of a road during a traffic training class run by dog trainer Barbara Woodhouse in the UK, 1954. 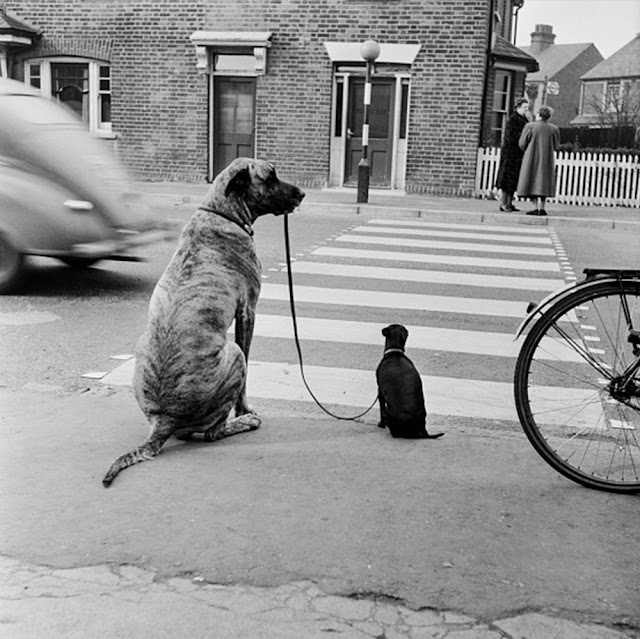 Barbara Woodhouse (1910–1988) was an Irish-born British dog trainer, author, horse trainer and television personality. Her 1980 television series Training Dogs the Woodhouse Way made her a household name in the United Kingdom. Among her catch phrases were “walkies” and “sit!”.

Woodhouse’s autobiographical books included Talking to Animals and No Bad Dogs, she firmly believed there were “no bad dogs”, just bad owners and defined it to mean dogs without genetic problems:

“Some people get dogs they don’t deserve; hereditary faults play havoc with some dogs, and the poor owner can do nothing. I think if the faults are too great, it is kinder to put a bad dog to sleep after training and possibly veterinary advice have failed.” 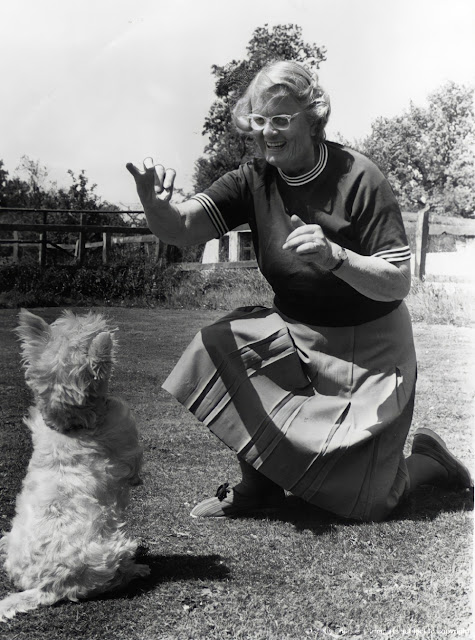