A young John Ritchie (he was yet to become a Sex Pistol in the shape of Sid Vicious) was pictured on his way to a David Bowie concert in London, 1973. He certainly knew how to play-up to the camera, and proudly displaying his Bowie T-shirt. 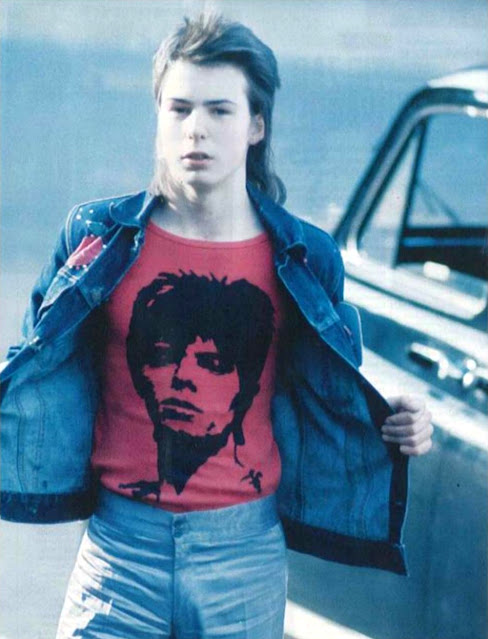 Following UK dates at the start of the year, the Ziggy Stardust Tour revisited the USA in February and Japan for the first time in April 1973. Returning to the UK, the fourth leg of the tour had an auspicious opening at London’s Earls Court on May 12.

Speaking of that last show at Hammersmith, a local lad (another yet to be Sex Pistol), Steve Jones, helped himself to some of Bowie’s equipment. So, it could be argued that Bowie not only influenced the look of the fledgling band, but also unwittingly contributed to the Sex Pistols’ sound too.