This post was originally published on this site
0
SHARES
ShareTweet
Car shipping can be traced all the way back to the invention of the automobile. Cars were originally extremely expensive luxuries imported from Europe in the late 19th century. There wasn’t a very high for demand for cars because of the expense. However, car shipping was still necessary because of the long distances between manufacturers, dealers and buyers.
Most car transportation was done through the railroads in the 19th century. Unfortunately, this was quite expensive and took an exceptionally long time with the American transportation infrastructure still in its infancy. So, car designer and inventor Alexander Winton went on to invent the first auto carrier in 1898 shortly after he was the first person to make a commercial sale of an automobile in the United States.
Winton was from Scotland but moved to America where he saw a great opportunity to design and sell his cars. Once he realized that transporting the cars via the railroad wasn’t affordable or timely enough and that driving each car to each of the buyers (located all across the country) individually wasn’t feasible either, he invented the semi-truck.
More specifically, he attached a cart with two wheels in the back with a flatbed on top to the back of one of his motor carriages (cars). He then placed a motor carriage he had sold on the cart and drove it to the buyer.
The 1980s are the time that the auto transport company really expanded and the iconic carrier we have today have not really changed in style, but their technology has greatly improved. There are now more carriers available such as open carriers, enclosed carriers, flatbeds to transport materials and certain specialized vehicles, and even expedite carriers to get your vehicle to you faster. There are now ramps and elevators that can make loading and unloading vehicles faster than ever. 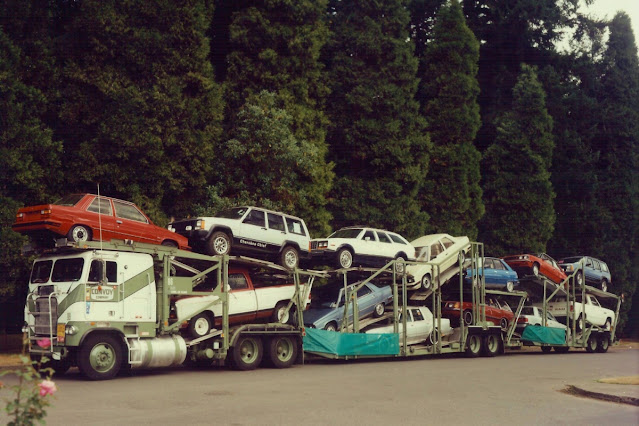 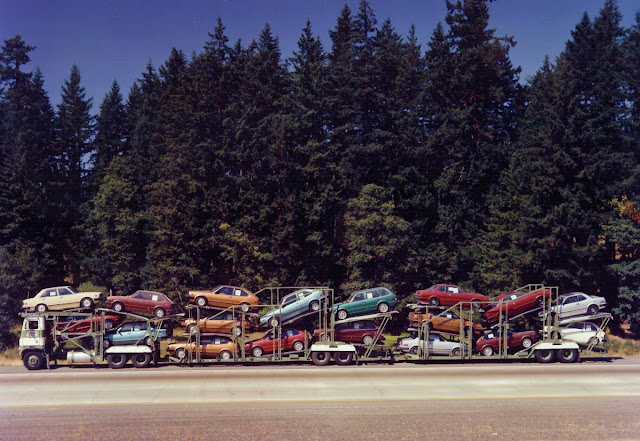 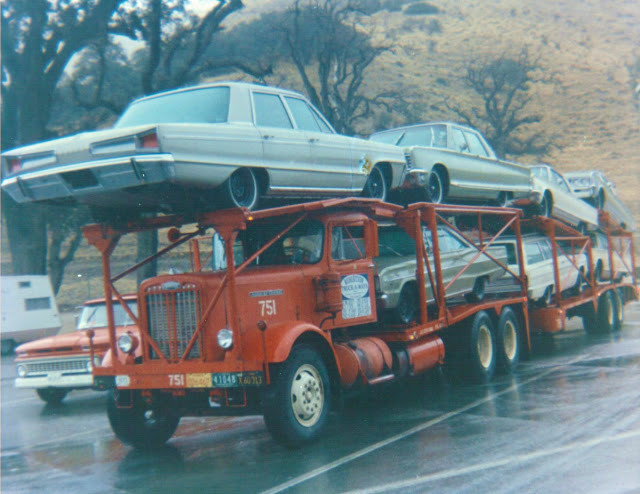 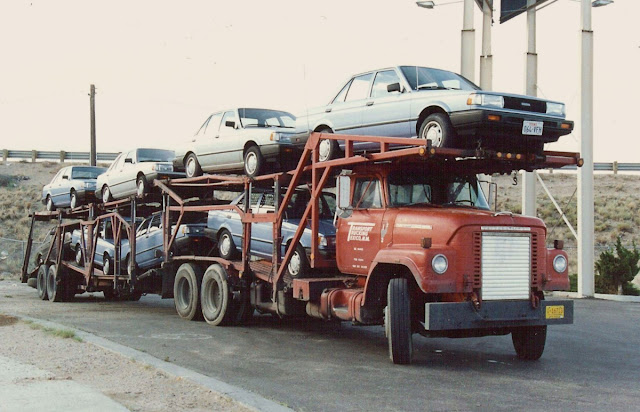