In 1964, Margaret Nolan was a twenty-year-old pin-up known as Vicky Kennedy when she was selected to play the small role of Dink, Bond’s masseuse, in the James Bond film Goldfinger. She was painted gold and wore a gold bikini for Robert Brownjohn’s title-sequence, advertisements and soundtrack-cover (not Shirley Eaton as in the narrative of the film). 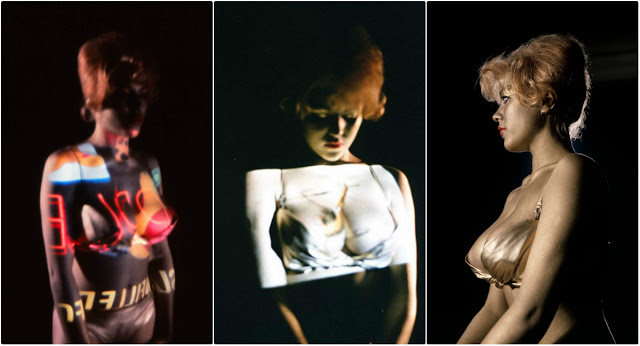 This led to photographs in Playboy magazine’s James Bond’s Girls edition of November 1965. Nolan appeared on the front cover of both the US and UK versions of the 2005 book Robert Brownjohn: Sex and Typography. The title-sequence was also parodied by the pop-band Scissor Sisters for their 2006 music-video Land of a Thousand Words.

In 2012, Nolan gave her first interview concerning her experiences as the model. Asked if the imagery liberates or celebrates womanhood, Nolan responded that

“It does celebrate the physical form. If I’d been nude it might have been about liberation because up to that point you wouldn’t have seen a nude woman in a publicly visible thing like that. I could have been very pretentious and said this is liberating. But because I was dressed-up anyway I didn’t get that sense.”

It became the first film-title to be shown in installation at MoMA, New York (2012).

Here below is a set of gorgeous photos that shows portrait of Margaret Nolan during filming Goldfinger in 1964. 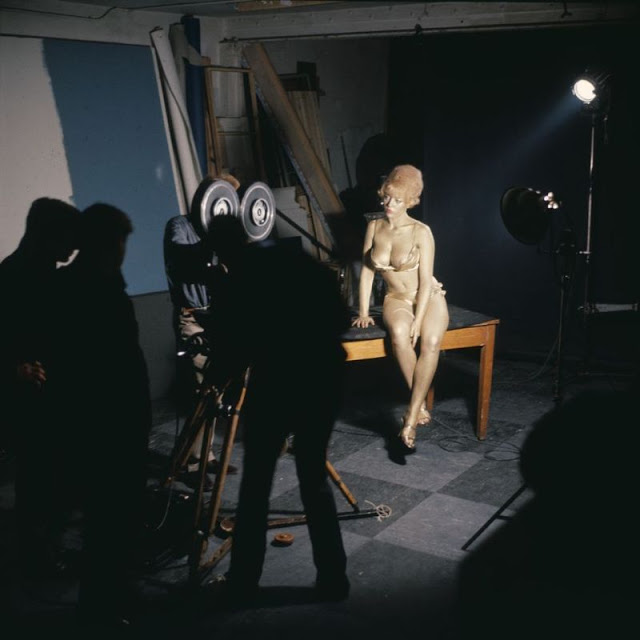 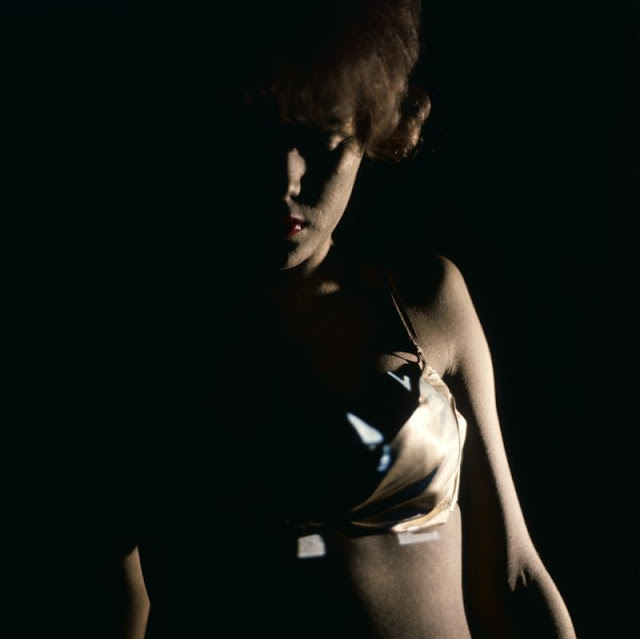 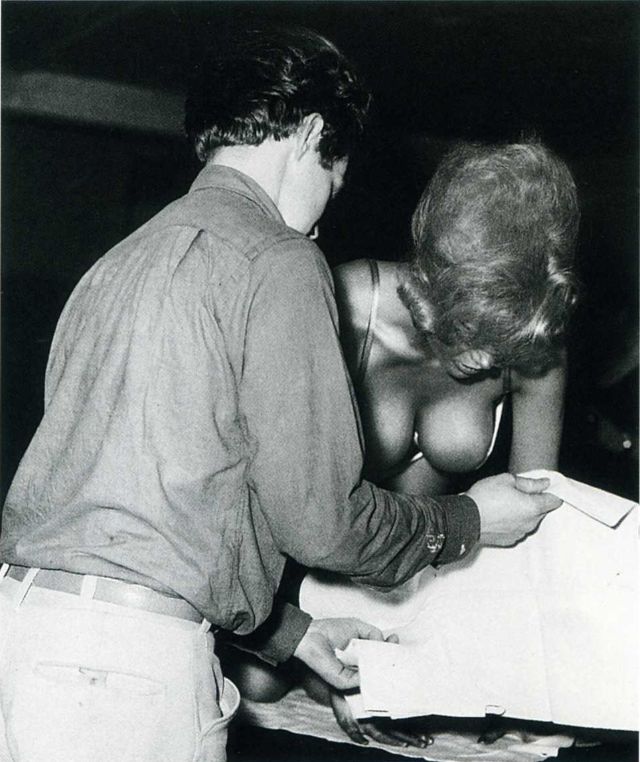 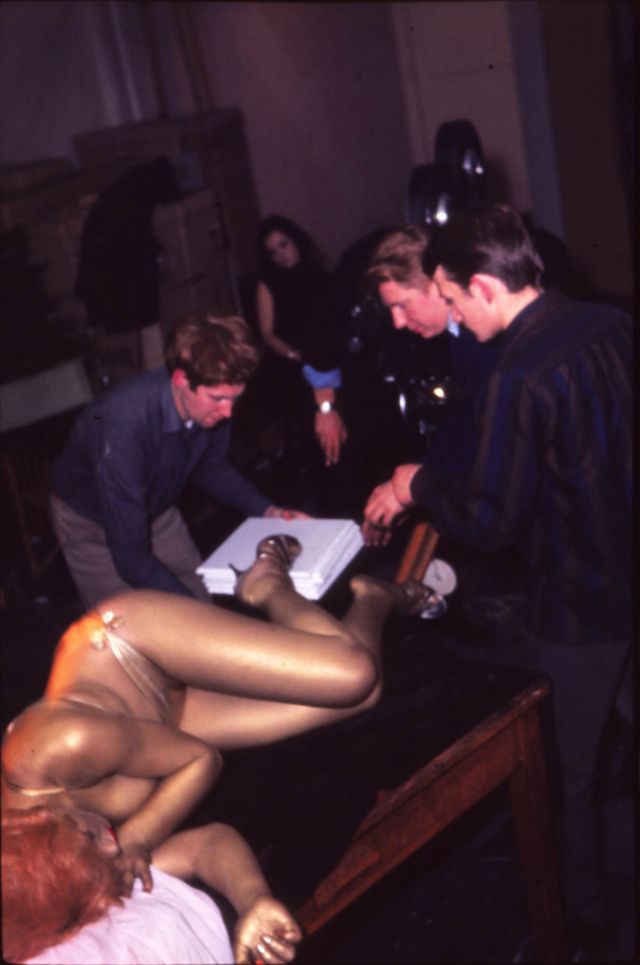 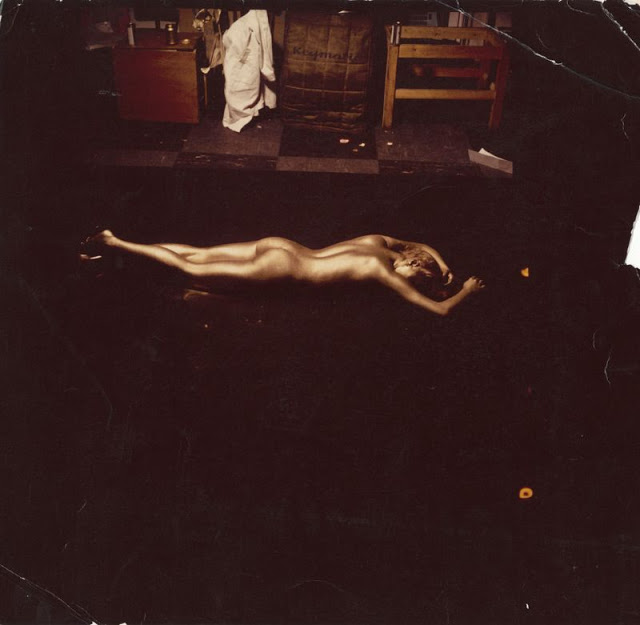