This post was originally published on this site
0
SHARES
ShareTweet
John Thomas (1838-1905) came originally from Cellan, Ceredigion and established a studio known as ‘The Cambrian Gallery’ in Liverpool (various addresses) with a branch in Regent Street, Llangollen. He is famous for the large number of portraits of famous Welsh men, especially non-conformist ministers, which he took on his travels in Wales and he also recorded many buildings but among the surviving 3,000 glass plate negatives of superb quality, there are about 100 of women in Welsh costume. Many of these are labelled with the name of the subjects and the place they were taken. They were not dated but the earliest is pre 1865 and remainder are thought to be 1875 – 1885. 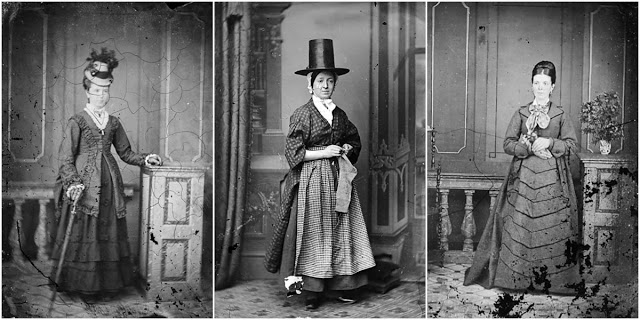 He started as a traveling photographer in 1863 and charged 6d for each portrait. Many of the younger women were photographed outside (providing natural light) with a crudely painted backdrop and mud floor. They all wore a combination of three sets of costume which they presumably borrowed from the photographer. The costumes consist of bright patterned bedgowns with large collars of the north Wales type, either mottled or spotted; an apron of bold check or horizontal stripes and a skirt of vertical stripes either light on dark or dark on light. They didn’t wear a shawl: the neckerchief seems to differ from one subject to the next and the stockings are different (i.e. these belonged to the subjects). Most, but not all wore a frilled cap under a Welsh Hat.
The older women are shown wearing different costumes, suggesting that there were their own. A few of the older women appear to be wearing a tight-fitting, low-cut, short-sleeved top in the style of a bedgown, but the lower part and back are not visible, and the front is often completely covered by a shawl. Most are wearing a fine blouse, shawl, long striped skirt and check apron. Several appear to be wearing separate sleeves on their lower arms.
Some of the portraits are of his family, presumably from Cellan. 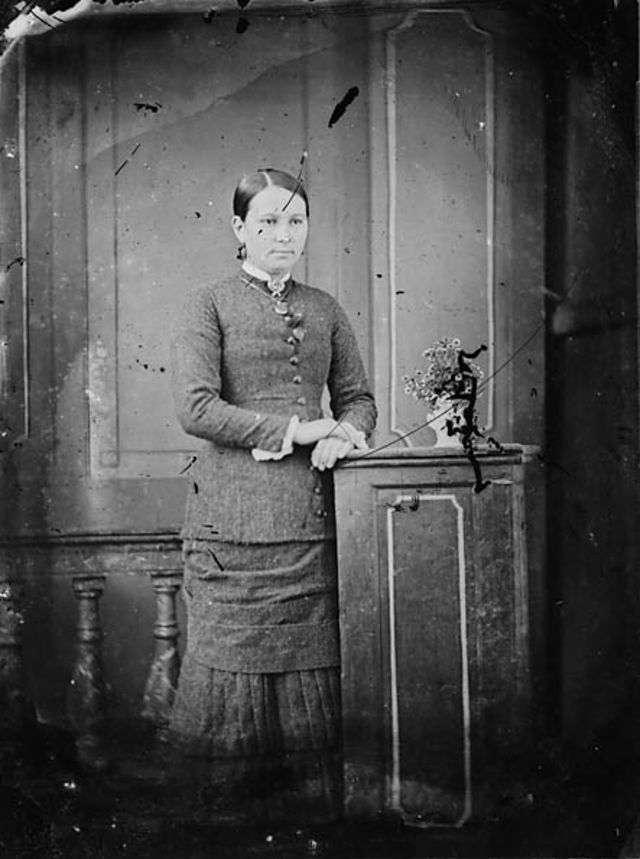 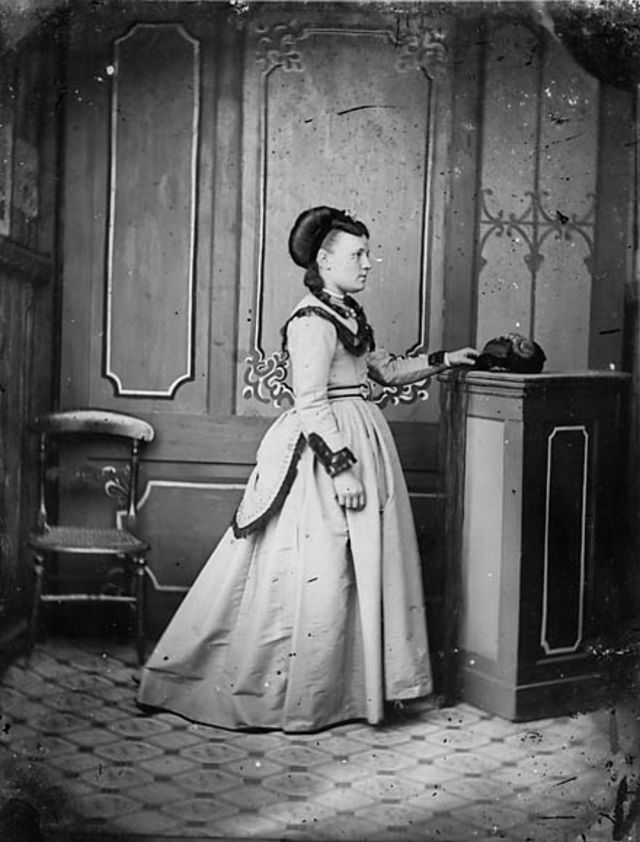 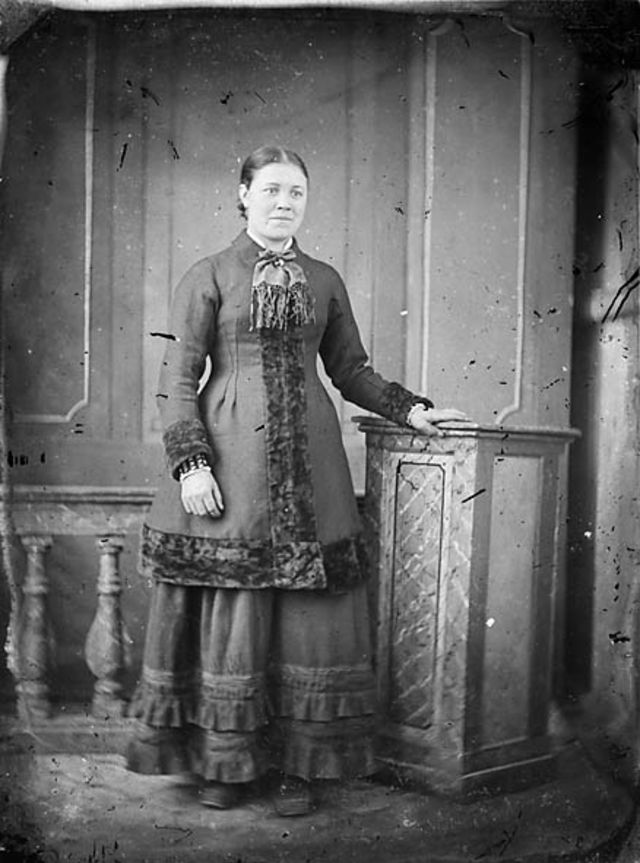 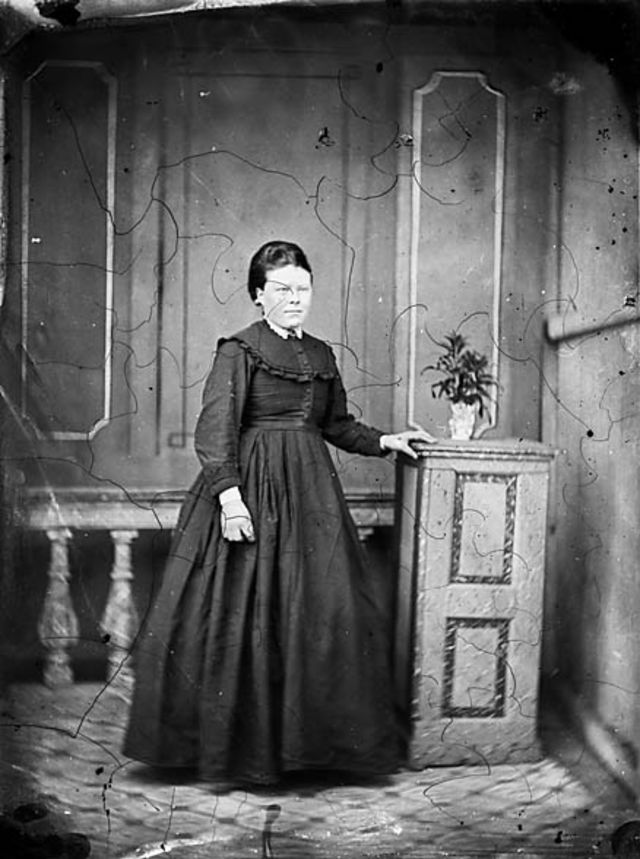 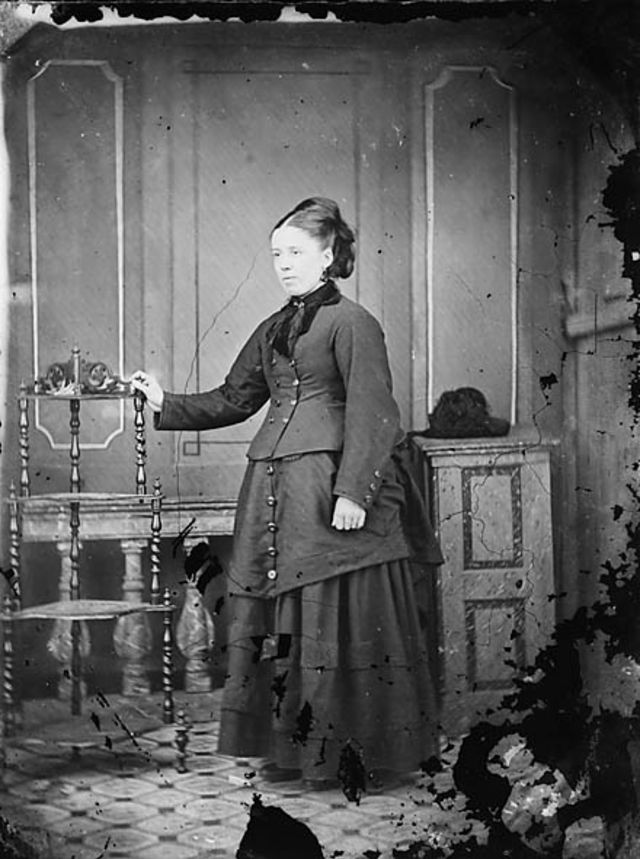