Two years after the German troops invaded the Netherlands, the small village of Stompetoren filled with curious audiences. They saw that on that Sunday, April 26, 1942, not only many photographers (according to some, as many as 80!), but even the reporters of the Polygoon news had come to the Schermer. There, in the old school building where the municipal secretariat was temporarily located, the wedding would be solemnized between the 23-year-old bride Geertje Elisabeth Helder and the 24-year-old groom Piet Korver. 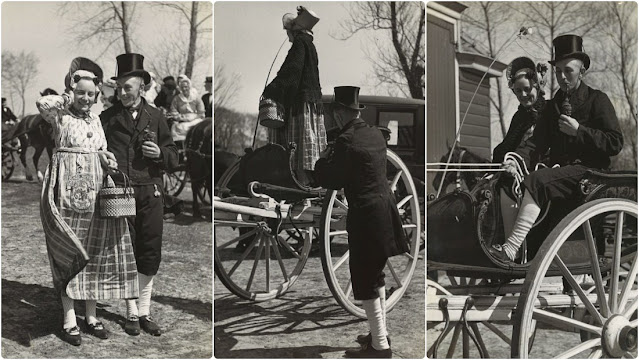 Not an ordinary wedding, because at the initiative of the mayor of the municipality of Oterleek, Jacob Posch, the wedding was celebrated entirely in the old West Frisian tradition. Complete with costumes, old carriages and traditional customs.
The engaged were both born and raised in the Schermer and came from local cattle ranching families. Recently, the children of the then newlyweds donated the photo album of the wedding day to the Regional Archive.
The bridal couple, like many guests, was dressed in an original West Frisian costume. The bride’s “golden iron” was striking. Originating from a clip to keep the hat in place, this had grown into a piece of jewelry, with the projections (the ‘books’) often richly decorated. In this unique example, the ‘books’ were more than twice as large as normal. The groom wore the traditional black wedding suit, with long white stockings. With an original silver sheath knife from 1780 put in the pocket and of course an old-fashioned pipe was also present. 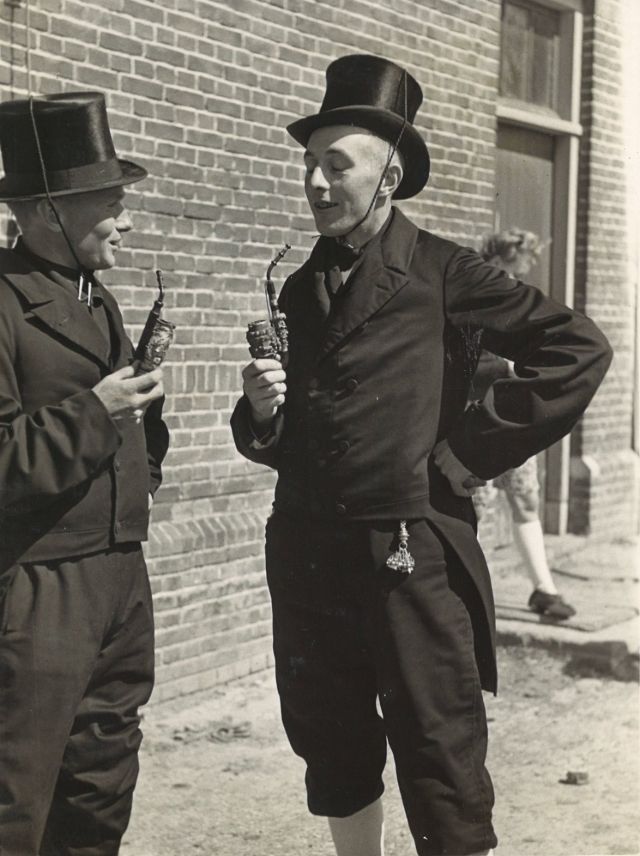 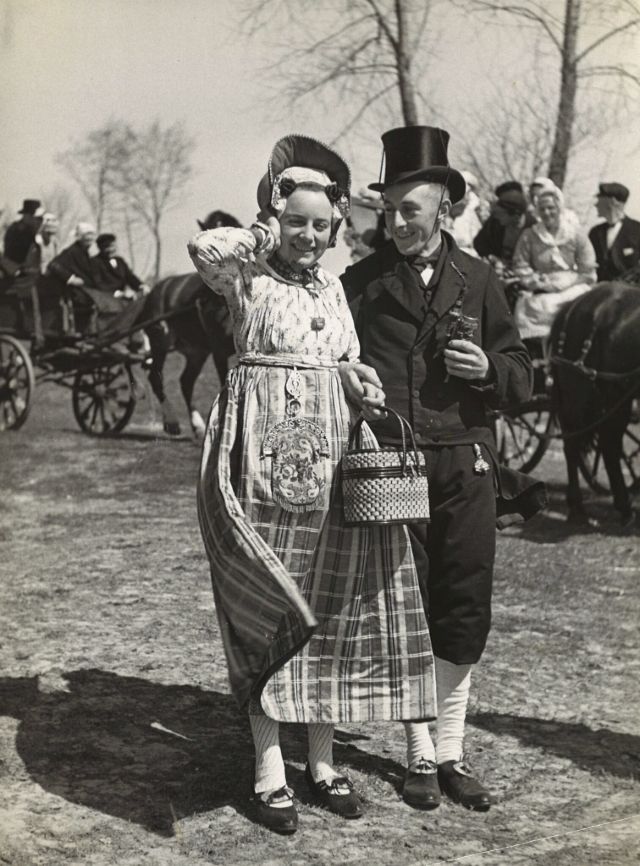 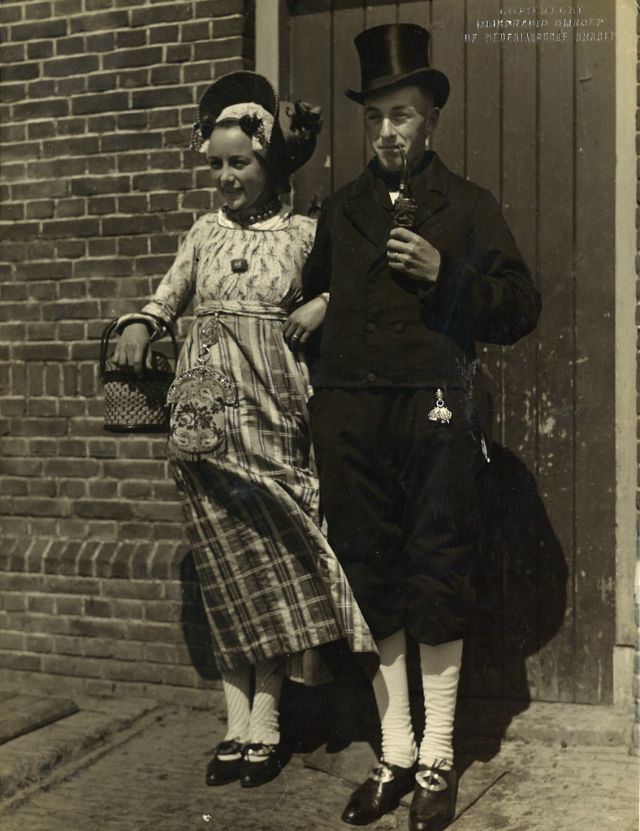 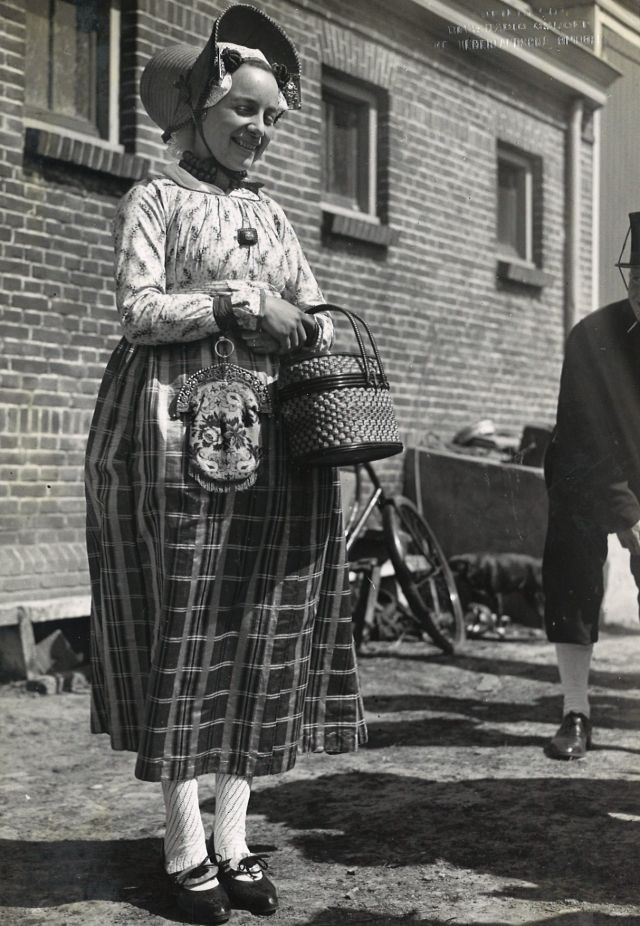 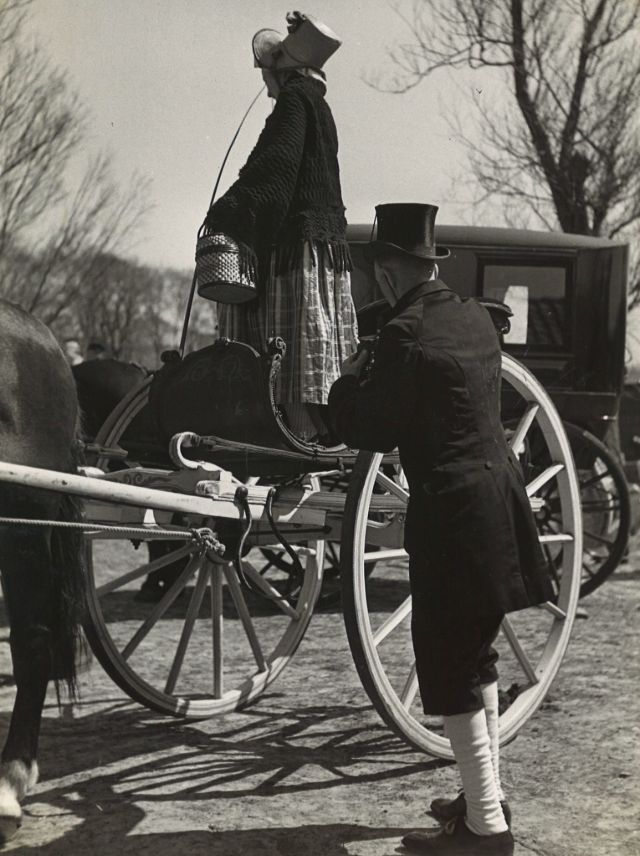