From the bizarre to the creepy, the history of dentistry reveals some tools and procedures that will terrify you even today.

A supposed dentist needs help from two youths as he executes a tooth extraction. Circa 1910.Transcendental Graphics/Getty Images

A man pulls another’s tooth in a room filled with a variety of medicines. 1872. F.G. Weller/Library of Congress/Corbis/VCG/Getty Images

A field dentist at work during World War I. 1915.Wellcome Library, London

At an outpatient dental clinic in India, a dentist extracts a tooth while the assistant holds the patient’s hands. 1957.KEYSTONE-FRANCE/Gamma-Rapho/Getty Images

U.S. Coast Guard personnel provide medical and dental care to the Alaskan natives in the isolated village of Stebbins, pulling a tooth for one of the native women. 1950.Hulton Archive/Getty Images

Woman who had numerous teeth removed from the right side of her mouth to treat an infection, but it spread to her gums. 1912.Internet Archive Book Images/Flickr

Copy of Roman dental bridge found in Teano, Southern Italy. These makeshift dentures were made with other people’s teeth. Science Museum, London

A dentist extracts a tooth from a patient on stage. 1817. Wellcome Library, London

A U.S. Army dentist extracts a tooth during the Spanish-American War. 1898.Public Domain

A Chinese dentist in his makeshift office extracting a tooth. 1890.Bettmann/Getty Images

A dentist pulls a man’s tooth with a string while making him recoil from a hot coal. 1810.National Library of Medicine

A tooth-drawer with “lightness of hand” extracts a tooth from a protesting patient, amidst the chaos of his practice. Date unspecified.Henry William/Wellcome Library, London

A tradesman sells secondhand dentures to those who cannot afford a visit to the dentist at Waterlooplein marketplace in Amsterdam. 1955.Vagn Hansen/BIPs/Getty Images

Engraving of a comic work depicting a dentist. Circa 12th century.PHAS/UIG/Getty Images

The teeth of a 12-year-old boy with hereditary syphilis. 1912.Wikimedia Commons

A man with long fangs has a tooth extracted by a dentist who is standing behind the patient. Date unspecified.National Library of Medicine

An African dentist performs an operation on a patient that he is restraining with a wooden stick. Date unspecified.Wellcome Library, London 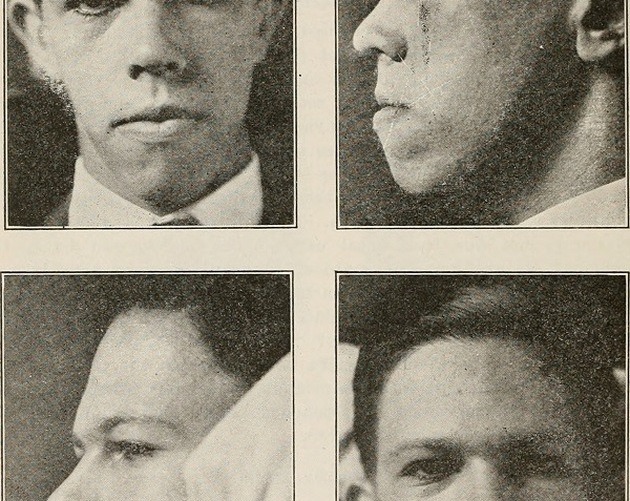 31 Creepy Pictures From The Early History Of Dentistry

While going to the dentist is something that many people dread, our fears must be nothing compared to what people in the past had to contend with. The history of dentistry indeed reveals some downright terrifying practices.

For centuries, dentistry was the work of skilled laborers, not highly-trained doctors. In medieval Europe, for example, many dental procedures were carried out by barber-surgeons, medical practitioners who shaved monk’s heads and used their expertise with a blade to make a profit out of surgical procedures as well. The mortality rate of these procedures was, expectedly, high.

While the Enlightenment and the Industrial Revolution changed the history of dentistry by elevating it to a more learned profession, dental tools and practices of this era still remain largely terrifying today.

For one, because anesthetic was rare, people frequently had their teeth pulled with no pain-killers. Furthermore, many dentists would pull out teeth for any toothache-related issue, even if the infection causing the pain had already spread to the gums.

And as the history of dentistry moved into the 20th century and things started looking more like they do today, the tools and procedures grew no less disturbing — and fascinating. See for yourself in the photos above.

After this photographic look at the history of dentistry, check out these disturbing before-and-after photos from plastic surgery’s early days. Then, see five of the creepiest medical treatments of decades past.