The Bolsheviks understood the value of the new art of cinema, even Vladimir Lenin himself considered that it is “the most important of the arts”. 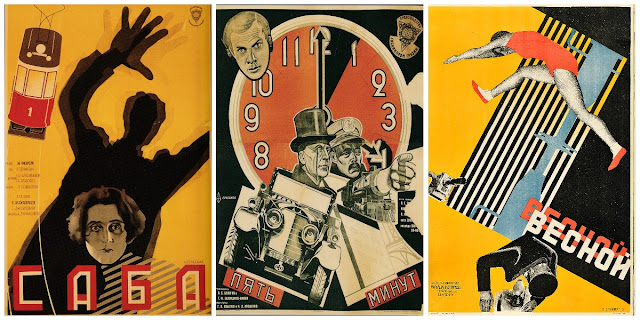 As the government embraced cinema as the best means of propaganda in the aftermath of the Bolshevik Revolution and subsequent civil war, a group of young, talented artists emerged and helped contribute to a new Soviet culture. They created dynamic, experimental, explosive posters, papering the streets with wild colors and arresting imagery to draw people to the movies.