On June 14, 1940, Parisians awaken to the sound of a German-accented voice announcing via loudspeakers that a curfew was being imposed for 8 p.m. that evening as German troops enter and occupy Paris. 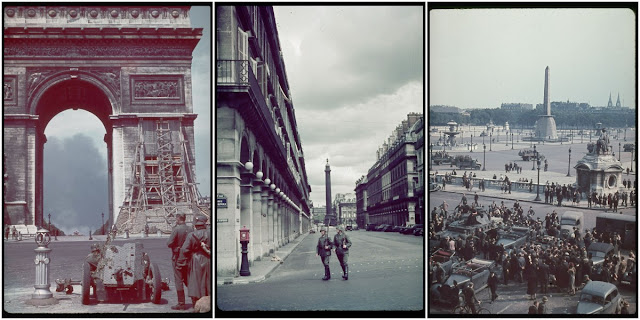 British Prime Minister Winston Churchill had tried for days to convince the French government to hang on, not to sue for peace, that America would enter the war and come to its aid. French premier Paul Reynaud telegrammed President Franklin Roosevelt, asking for just such aid—a declaration of war, and if not that, any and all help possible. Roosevelt replied that the United States was prepared to send material aid—and was willing to have that promise published—but Secretary of State Cordell Hull opposed such a publication, knowing that Hitler, as well as the Allies, would take such a public declaration of help as but a prelude to a formal declaration of war. While the material aid would be forthcoming, no such commitment would be made formal and public.
By the time German tanks rolled into Paris, 2 million Parisians had already fled, with good reason. In short order, the German Gestapo went to work: arrests, interrogations, and spying were the order of the day, as a swastika flew above the Arc de Triomphe.
These color photographs below were taken by Hugo Jaeger, Adolf Hitler’s personal photographer, in Paris in June, 1940. 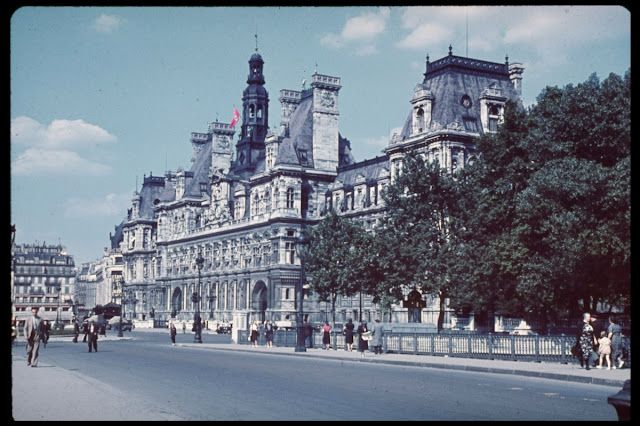 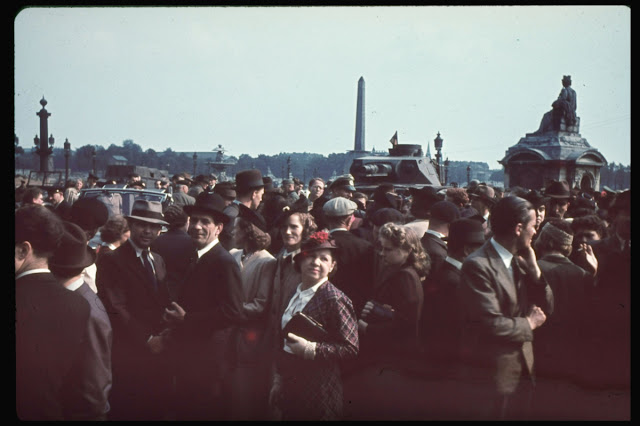 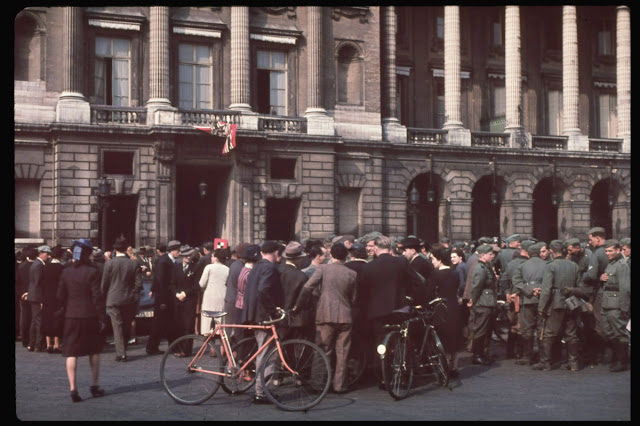 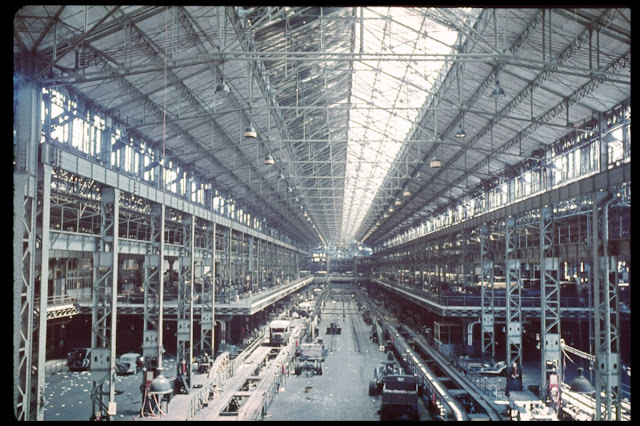 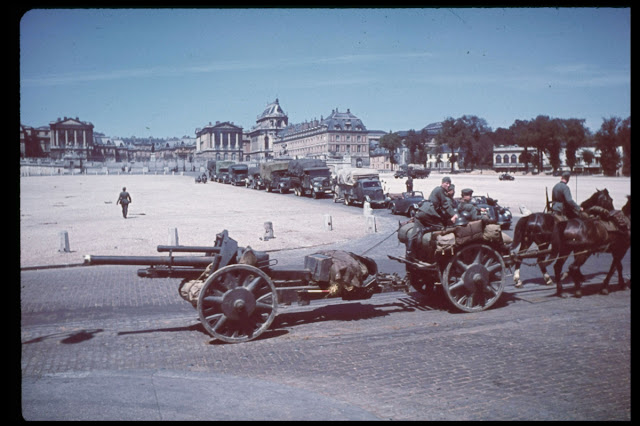