In the 1850s, women’s skirts were domed and bell-shaped, supported by crinoline petticoats. They often featured deep flounces or tiers. Long bloomers and pantaloons trimmed with lace were popular. Tiered cape-jackets were fashionable, as were paisley patterned shawls. Deep bonnets were worn and hair was swept into buns or side coils from a centre parting. 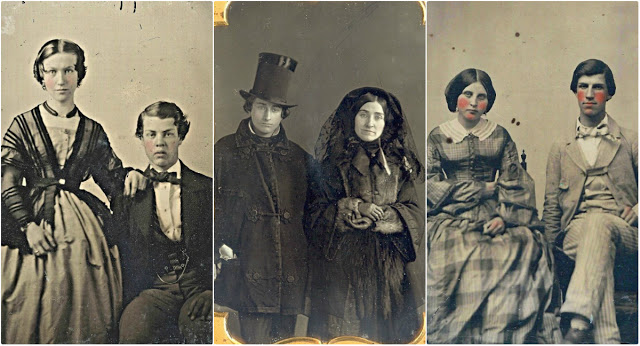 1860s women’s dresses featured tight bodices with high necks and buttoned fronts. White lace was popular for collars and cuffs, as were low sloping shoulders that flared out into wide sleeves. The skirt continued to be full and bell-shaped until around 1865 when it began to lose its volume at the front and move its emphasis towards the back.

Hair was worn with a centre parting tied into low chignons at the nape of the neck, with loops or ringlets covering the ears. Ornaments for evening wear included floral wreaths, ostrich feathers, pomegranate flowers, wheatears and butterflies.

The bowler hat was invented around 1850, but was generally seen as a working class hat, while top-hats were favored by the upper classes.

In the 1860s, it was fashionable for men’s coats and jackets to be single-breasted and semi-fitted, extending to the mid thigh. Waistcoats were often collarless and single-breasted, and trousers were occasionally cut from a narrow check cloth. High, starched collars were worn with cravats and neck-ties.

Here below is a set of fabulous photos that shows fashion styles of young couples in the 1850s and 1860s. 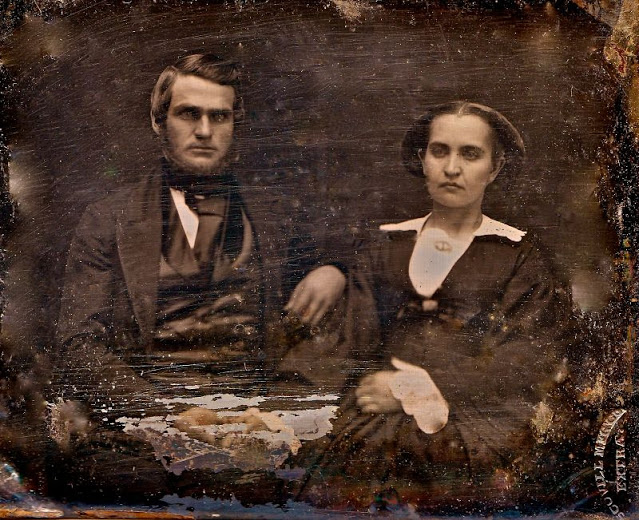 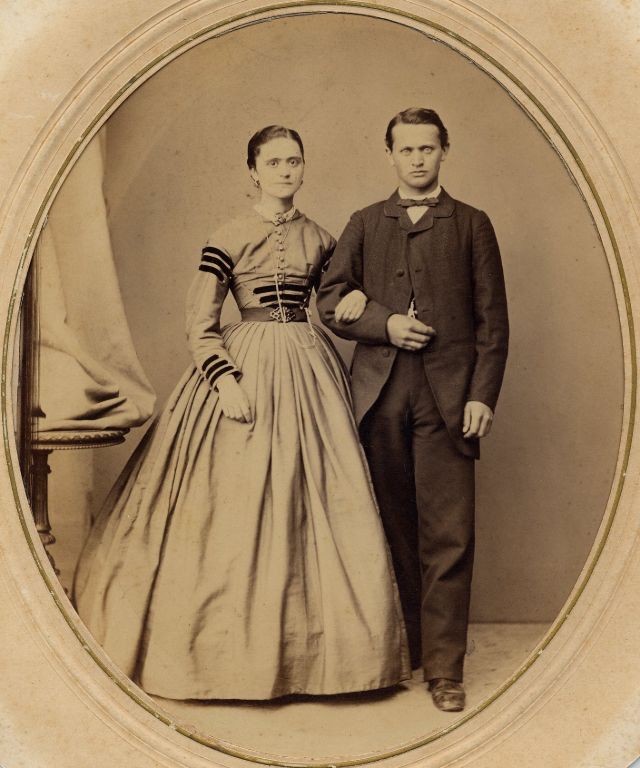 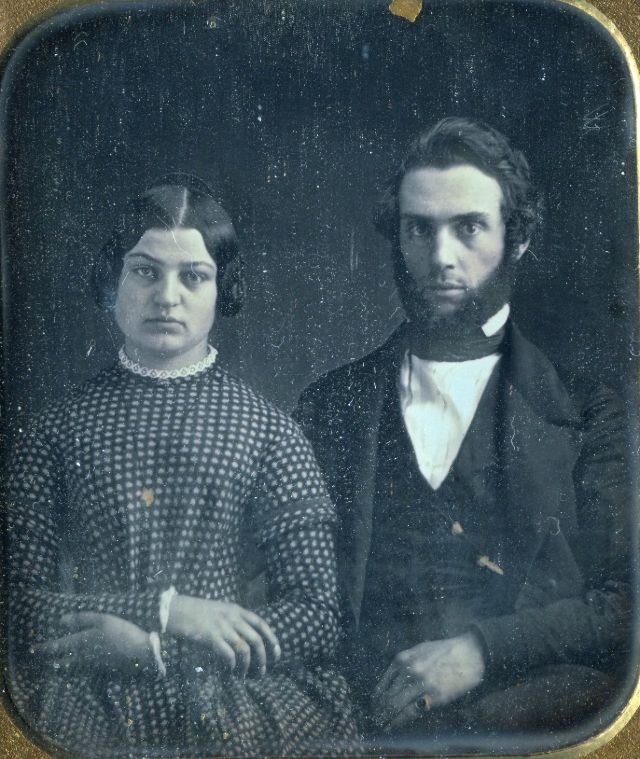 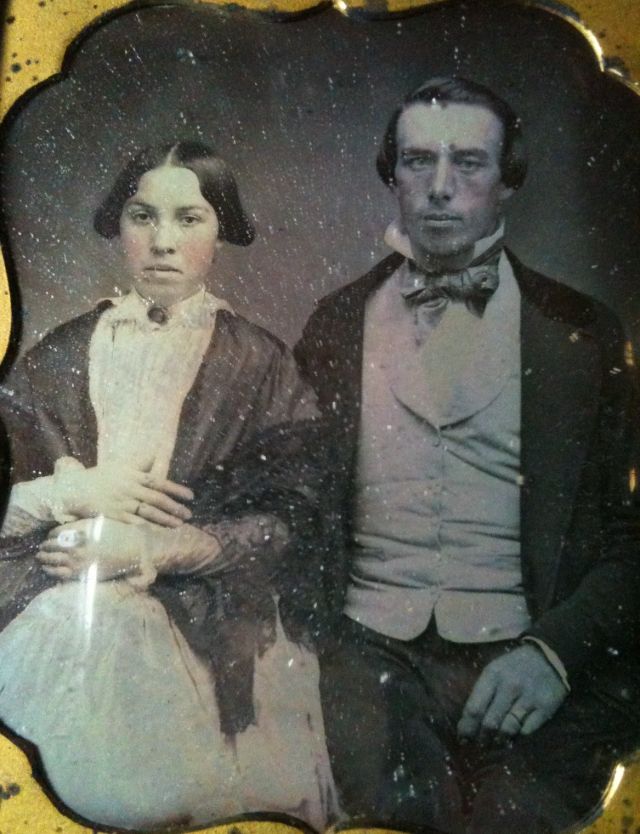 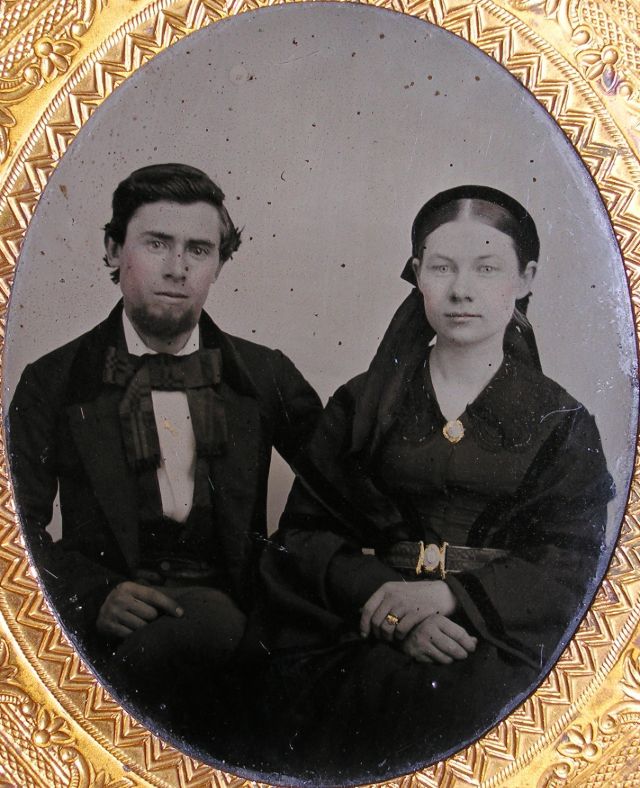