Sid Vicious was born John Simon Ritchie on May 10, 1957, in London, England. One of the most mythic figures of the 1970s punk explosion, Sid Vicious became famous for his edgy, rebellious persona and his self-destructive tendencies. As a teenager, he floundered, dropping out of school. Hanging around London, he was one of the many disaffected youth to embrace the punk spirit of anarchy and rebellion. 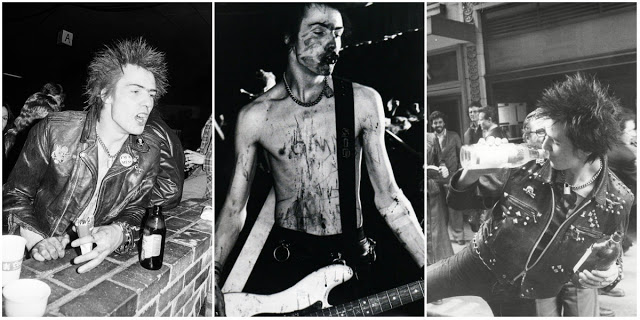 With his spiky hair, disheveled appearance, and bad attitude, Vicious was considered the ideal person to join the leading punk group, the Sex Pistols. He was brought in by the band’s manager, Malcolm McLaren, to replace original bassist Glen Matlock in 1977, even though he didn’t even know how to play the instrument.

After the band broke up in 1978, Vicious holed up in New York’s Chelsea Hotel with his girlfriend Nancy Spungen. Their relationship was full of ups and downs, leading to the eventual mysterious murder of Spunger. Not long after, on February 2, 1979, Vicious was found dead in New York City.

Below are some of photographs of Sid Vicious from the 1970s.