In the summer of 1958, Joan Chandos Baez, a 17-year old high school graduate moved with her family from Palo Alto to Boston. They drove cross-country with the Kingston Trio’s “Tom Dooley” all over the radio, a guilty pleasure of Joan’s. That fall she entered Boston University School Of Drama where she was surrounded by a musical group of friends who shared a passion for folk music.

A stunning soprano, Joan’s natural vibrato lent a taut, nervous tension to everything she sang. Yet even as an 18-year old, introduced onstage at the first Newport Folk Festival in 1959, her repertoire reflected a different sensibility from her peers. In the traditional songs she mastered, there was an acknowledgment of the human condition.
She recorded her first solo t for Vanguard Records in the summer of 1960, the beginning of a prolific 14-album, 12-year association with the label. Her earliest records, with their mix of traditional ballads, blues, lullabies, Carter Family, Weavers and Woody Guthrie songs, cowboy tunes, ethnic folk staples of American and non-American vintage, and much more—won strong followings in the U.S. and abroad.
Among the songs she introduced on her earliest albums that would find their ways into the repertoire of 60’s rock stalwarts were “House Of the Rising Sun” (the Animals), “John Riley” (the Byrds), “Babe, I’m Gonna Leave You” (Led Zeppelin), “What Have They Done To the Rain” (the Searchers), “Jackaroe” (Grateful Dead), and “Long Black Veil” (the Band), to name a few. “Geordie,” “House Carpenter” and “Matty Groves” inspired a multitude of British acts who trace their origins to Fairport Convention, Pentangle, and Steeleye Span.
In 1963, Joan began touring with Bob Dylan and recording his songs, a bond that came to symbolize the folk music movement for the next two years. At the same time, Joan began her lifelong role of introducing songs from a host of contemporary singer-songwriters starting with Phil Ochs, Richard Fariña, Leonard Cohen, Tim Hardin, Paul Simon, and others. Her repertoire grew to include songs by Jacques Brel, Lennon-McCartney, Johnny Cash and his Nashville peers, and South American composers Nascimento, Bonfa, Villa-Lobos, and others. 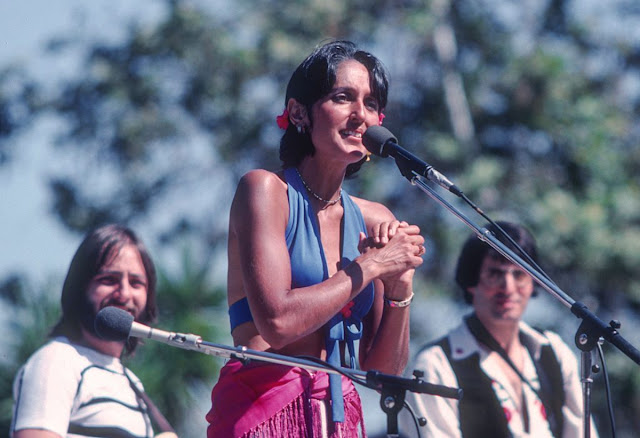 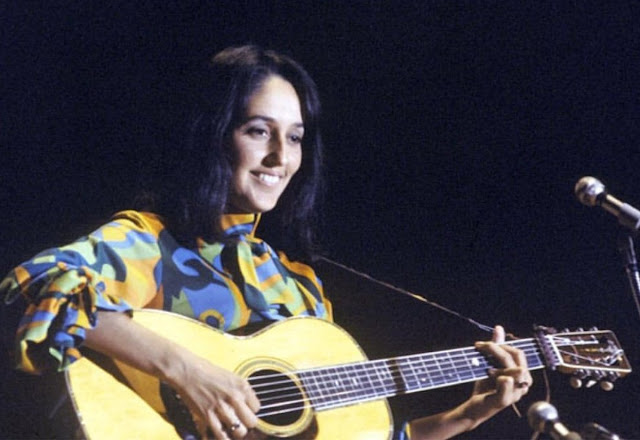 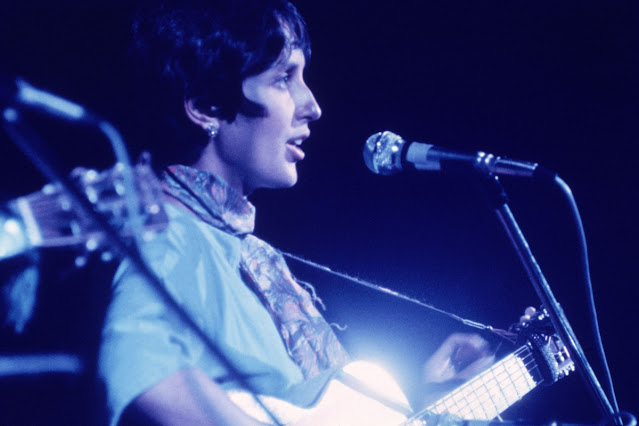 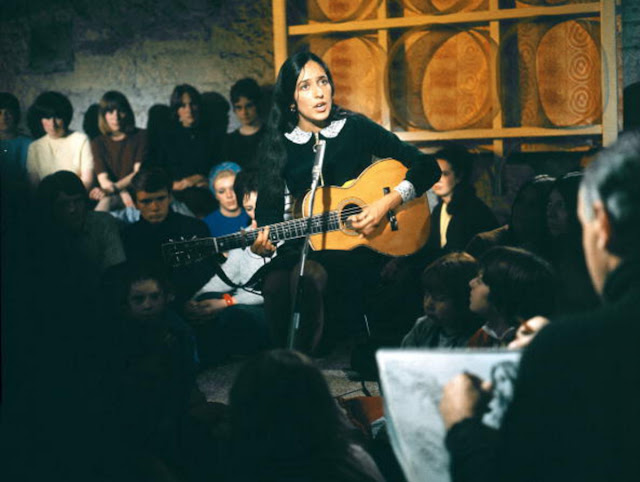 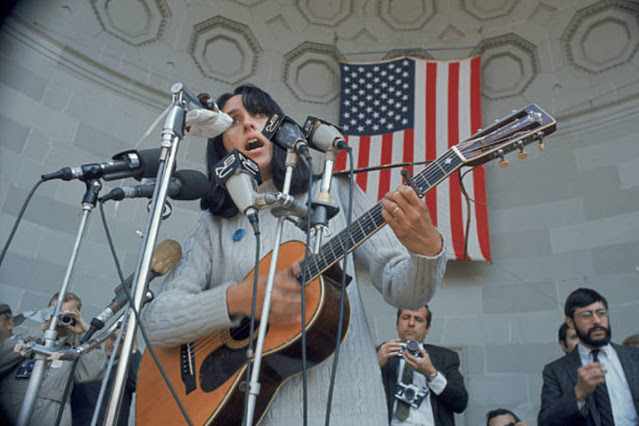