The 1970s wedding dress continued where the 1960s finished; with long, floaty gowns and wide romantic sleeves. The mood of the day was bohemian influenced by musicians such as Stevie Nicks and festivals such as Woodstock. Often, we think of this style as 1970s but it had in fact been popular since the late ’60s.

These fascinating studio portraits show what Dutch brides looked like in the 1970s. 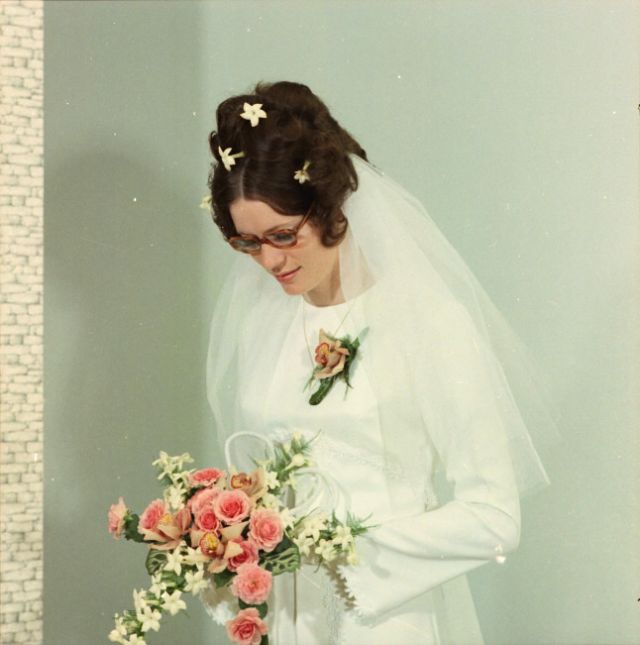 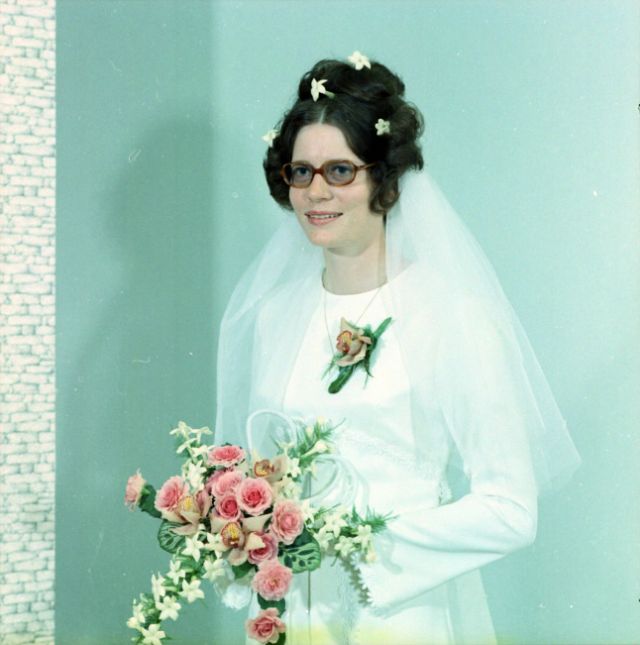 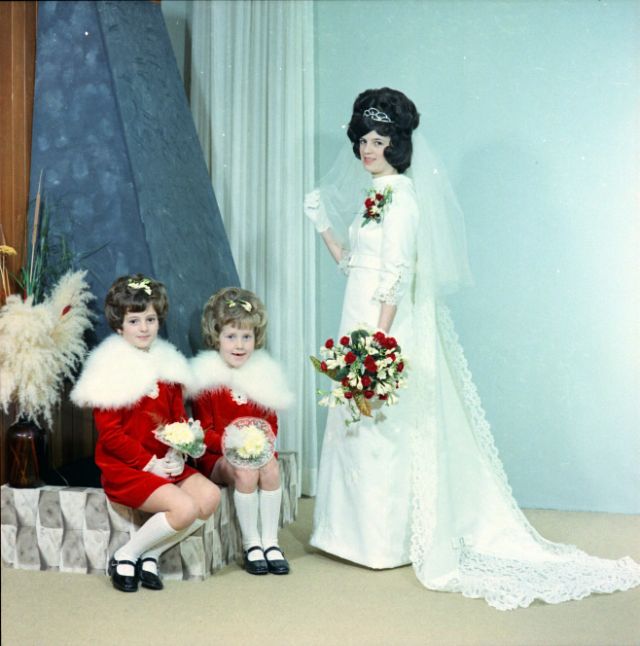 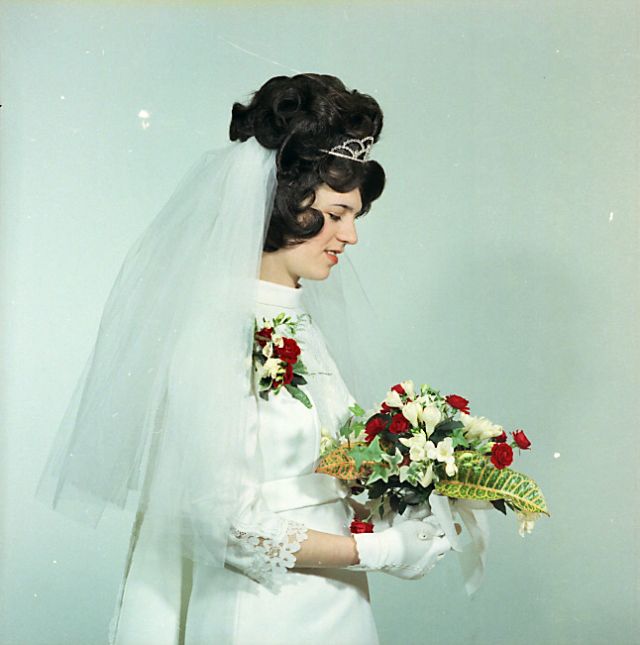 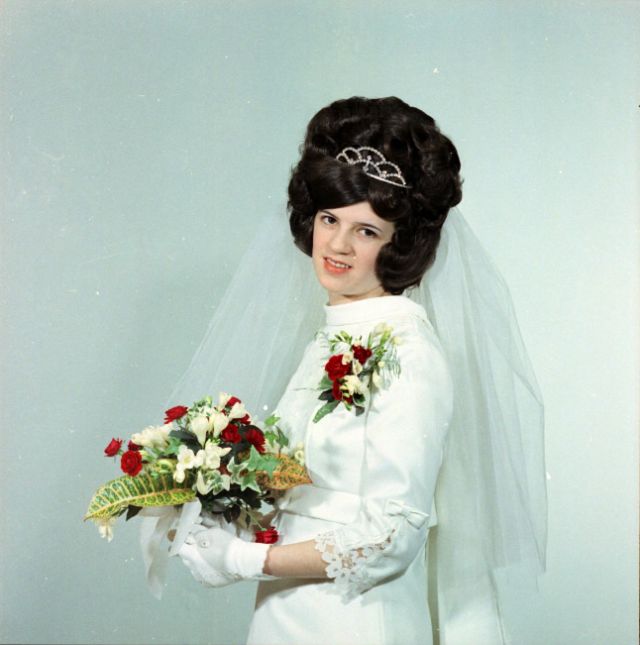