Forget genius. A happy combination of dumb luck and coincidence was all it took for these accidental inventions to exist.

In the 1880s, Coca-Cola was originally intended to be consumed as a syrup to cure common ailments, and even once contained up to nine mg of cocaine (coca) per serving. Eventually, the creators, namely John Pemberton, realized that while it didn’t do much to cure ailments, when mixed with soda water it produced a delightfully sweet, fizzy drink. Wikimedia Commons

Our beloved potato chips were actually invented by a New York chef out of spite for an angry customer. In 1853, a man in the hotel restaurant in which George Crum worked as a chef kept sending his fries back because they weren’t crispy or salty enough. So Crum, deciding to trick the man, sliced potatoes paper thin, covered them in salt, and fried them to a crisp. To his surprise, the customer loved them, even ordering a second serving. Before long, Crum’s little trick turned into a national sensation.Public Domain

The always-useful-even-today microwave was first conceptualized when scientists for Raytheon were researching ways to improve detection of German U-boats during World War II. While working with the detector, one scientist, Percy Spencer, noticed that the radiation from the machine melted a chocolate bar in his pocket. After using the same rays from the detector and putting them in a contained, oven like contraption, the microwave was born. Public Domain

The popsicle was actually invented by an 11-year-old boy named Frank Epperson in 1905. He mixed sugary soda powder with water and left it outside overnight. The result was a frozen concoction that could be eaten off of its wooden stirring stick. He declared his invention an Epsicle, (Epperson + icicle) though eventually his friends convinced him to rename it a popsicle. Public Domain

Compounds that could achieve the effects of general anesthesia had been long sought after, but it wasn’t until just before 1800 that a British surgeon’s apprentice named Humphry Davy found that nitrous oxide, when taken recreationally, made him laugh and feel less pain. After that, it began to be used in surgeries to anesthetize patients.Public Domain

Spencer Silver, a chemist for 3M, was supposed to be creating a heavy-duty adhesive for the aerospace industry, but he kept failing. His compound turned out to be only temporarily adhesive, and not strong enough to hold much weight. However, it turned out to be useful for holding bookmarks in place, which, in 1974, spawned the idea of removable notes, now widely knows as Post-its. Public Domain

Leo Baekeland originally created plastic as a replacement for shellac, an expensive resin secreted by beetles. He ultimately failed, but one of his prototypes took off. He realized in 1907 that, though it was useless as shellac, the compound was moldable, durable, non-conductive and heat-resistant — perfect for making things like electronics, telephones, and kitchenware. Public Domain

Pfizer scientists originally created the drug we know as Viagra as a blood pressure medication in 1989. However, during clinical trials in the early 1990s, the drug failed to lower blood pressure. It also, as the male volunteers reported, failed to lower other things. One other thing in particular. As soon as doctors realized that they’d discovered an erectile disfunction drug, the little blue pill penetrated the pharmaceutical industry.Wikimedia Commons

Wilhelm Conrad Rontgen, the German scientist who discovered X-rays in 1895 was actually experimenting with cathode-ray tubes in an attempt to create lightbulbs. But he noticed that when placed inside a cardboard box, the cathode tubes continued to emit light, even when the cardboard should have stopped it. Soon, he discovered that the tube was sending out more than light — it was passing invisible rays that could penetrate solid matter. After successful testing on humans, X-rays soon became widely used in medicine to check for broken bones. Public Domain

In 1928, Alexander Fleming was experimenting with the influenza virus when he noticed that a culture plate he had discarded two weeks before had begun to grow a strange mold. Interestingly, the influenza virus had stopped growing where the mold was present. The mold turned out to be penicillin, and the rest is history.Public Domain

Naval mechanical engineer Richard James was looking to create something that would stabilize machines while onboard ships. The slinky was created in 1943, when he accidentally knocked over one of his stabilizing springs, and it “walked” down a stack of books. He brought the invention home, showed it to the neighborhood kids, and the rest is history.Public Domain

In 1941, Swiss engineer George de Mestral got the idea for Velcro, when he noticed that burdock burrs kept sticking to his clothes and his dog’s fur. He examined the burrs under a microscope, and discovered that the hooks that made up the burr would stick to anything made of a loop, such as clothing or fur, and thus, Velcro was born. Public Domain

Super Glue was actually around for years before anyone realized its usefulness. In fact, the rapid stickiness of the glue infuriated its creators at Eastman Kodak, namely Harry Coover, for awhile, until, in 1942, they realized the perks of being able to stick two things together with such power.Wikimedia Commons

The match was first created in England, in 1826, when John Walker was stirring a pot of chemicals. He pulled his wooden stir stick out of the pot, and attempted to wipe the glob of chemicals stuck on the end off on the table, and was shocked when they ignited. Thus, the idea for strike anywhere matches was born. Public Domain

In the late 1870s at Johns Hopkins University, chemist Constantin Fahlberg was working on researching how coal-tar derivatives interacted with each other, when one of the compounds spilled on his hands. Because it wasn’t toxic, he wasn’t concerned, and went about his day. Later that night, he went to eat dinner and noticed that everything he touched tasted sweet. The next day, he isolated the compound that had spilled and created saccharin, the artificial sweetener. Public Domain

When William Perkin created the first synthetic dye in 1856, he was actually attempting to create a malaria drug. His failure ultimately turned into a thick, purple sludge, but as he was throwing it out, he realized that the color was popular in the fashion world at the time. He was able to isolate just the pigment, which he named mauve, and create the first artificial dye. Wikimedia Commons

In 1958, while attempting to record electrical pulses with a heart-rhythm recorder, American engineer Wilson Greatbatch accidentally added a component that produced electrical pulses instead of recording them. Immediately realizing he had just simulated a heartbeat, he scrapped his old plan and devoted his time to creating the modern implantable pacemaker. Public Domain

Roy J. Plunkett discovered Teflon in 1938 while trying to create a better refrigerator. He had combined two gas compounds in a tank for storage, but when he opened it up, found a non-stick substance that was resistant to heat and was chemically inert. Later, it was added to pots and pans, creating the nonstick cooking surfaces we use today. Public Domain

stainless steel was discovered in 1913 while English metallurgist Harry Brearley was working to find a strong enough alloy to make gun barrels that wouldn’t erode. He would leave his discarded models in a pile on his workbench that would ultimately rust, though one day he noticed that one of the discarded barrels remained shiny. Upon further inspection, he realized that it wasn’t only resistant to rust, but to almost all chemicals. He called his discovery “rustless steel” and it hasn’t changed much since then. Public Domain

Vulcanized rubber, like that used to make tires, was created by Thomas Goodyear in 1839 when rubber was accidentally mixed with sulfur and left to sit on heat. The heat caused a chemical reaction that turned the soft rubber into a hard, stable, weather resistant material, suitable for use on automobiles. Public Domain

In 1903, French chemist Edouard Benedictus dropped a glass flask. Much to his surprise, upon impact with the hard floor, the glass shattered, but didn’t fall apart. He found out later that the flask had recently been used to hold cellulose nitrate, which created a protective barrier. Today, safety glass used in windshields is treated with a similar solution to make it shatterproof. Public Domain 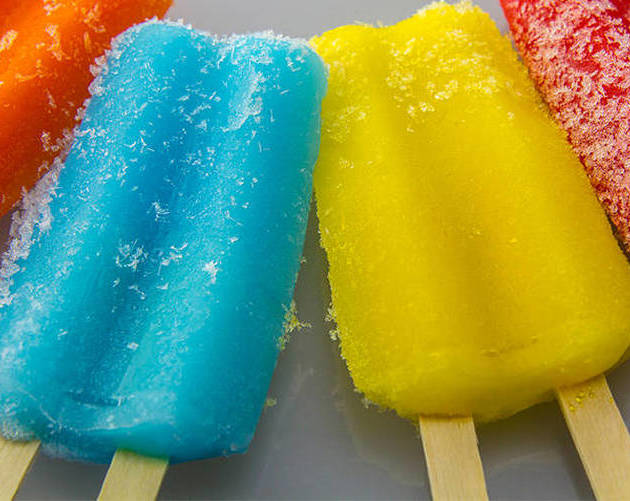 21 Accidental Inventions That Changed Our World

Often times, scientists will try to uncover or create one thing, only to end up creating something entirely different. And while these accidental inventions and discoveries usually turn out to be useless, sometimes they turn out to be something that becomes incredibly useful for mankind.

Almost every delicious snack that Americans chow down on, for example, was created by accident. Potato chips, popsicles, and chocolate chip cookies were byproducts of kitchen mistakes or mishaps.

Even some of the products and procedures used in medicine were discovered by accident. The scientists who discovered X-ray imaging, for instance, weren’t even looking to advance medical technology, but their discovery ended up changing the world.

In addition, Alexander Fleming, the discoverer of penicillin, almost threw away the petri dish upon which it first grew, thinking that it was simply covered in mold. Had he simply discarded it instead of taking a closer look, there’s no telling where medicine would be today.

In the end, countless accidental inventions like these account for some of the most important (and delicious) creations of all time.