Elizabeth Taylor – most gorgeous American actress who is widely known for Cleopatra (1963) playing the title role. She won Academy Awards for her work in BUtterfield 8 (1960). She always had special affection for cats as well as other animals since a little girl. 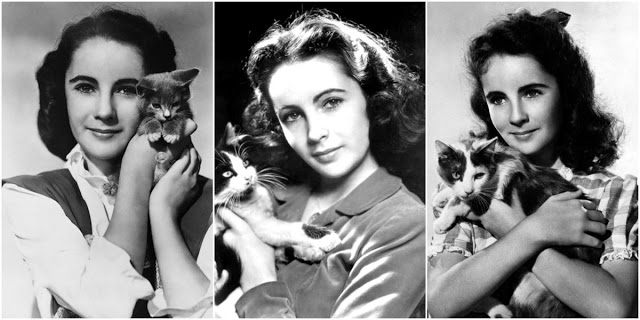 Growing up in the English countryside, Elizabeth Taylor loved being around animals and felt more comfortable around them than children her own age (chickens, pigs, horses, cats, dogs etc. —young Liz befriended them all). As she grew older, Elizabeth’s profound and unconditional love for animals remained and she once called them her “sweetest and most cherished friends.”
“I sometimes think I prefer animals to people,” she said. “And I was lucky. My first leading men were dogs and horses.” (referring to Lassie Come Home (1943) and National Velvet (1944)).
Throughout her life, Elizabeth had numerous pets and among them many cats which are shown here through a gallery of 20 lovely photos: 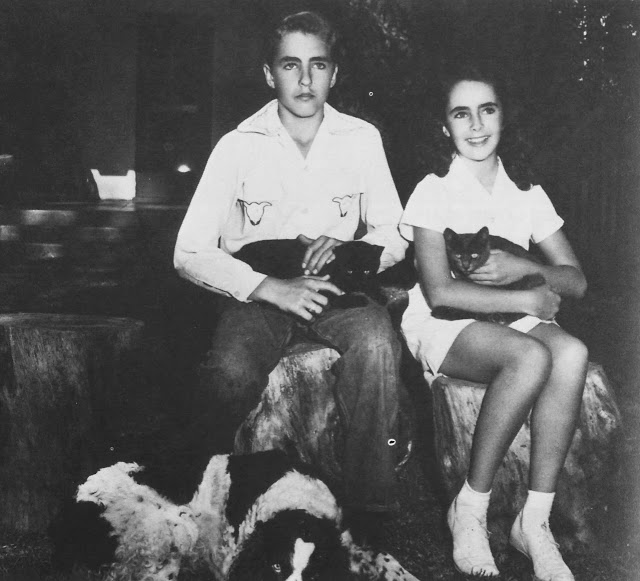 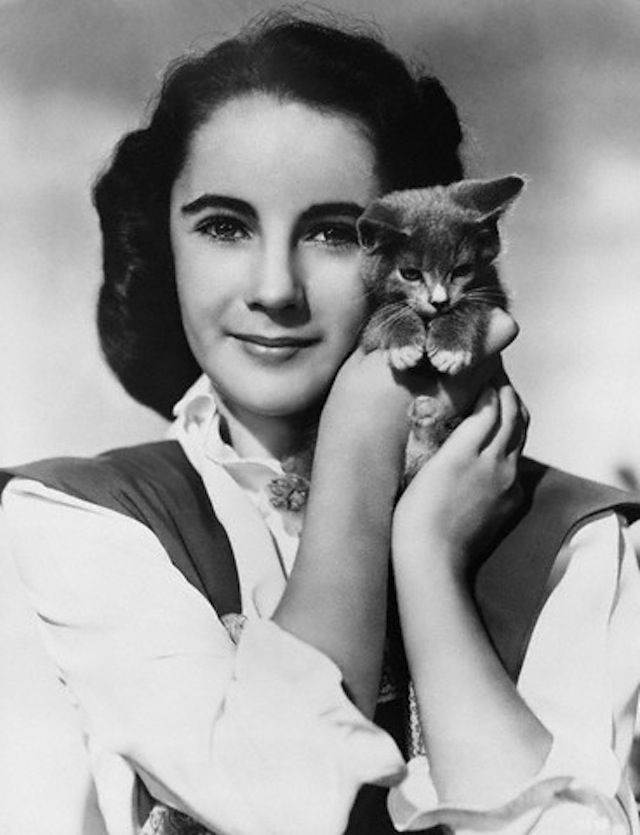 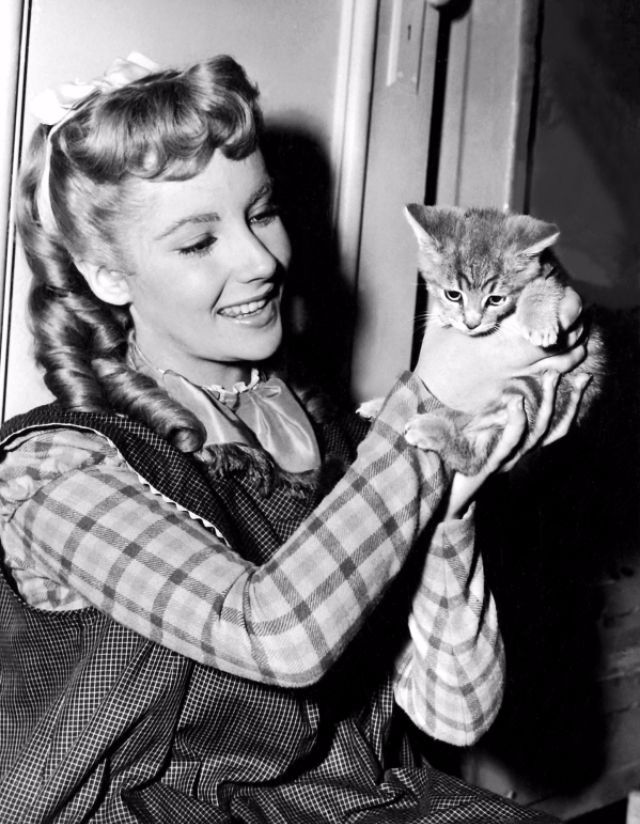 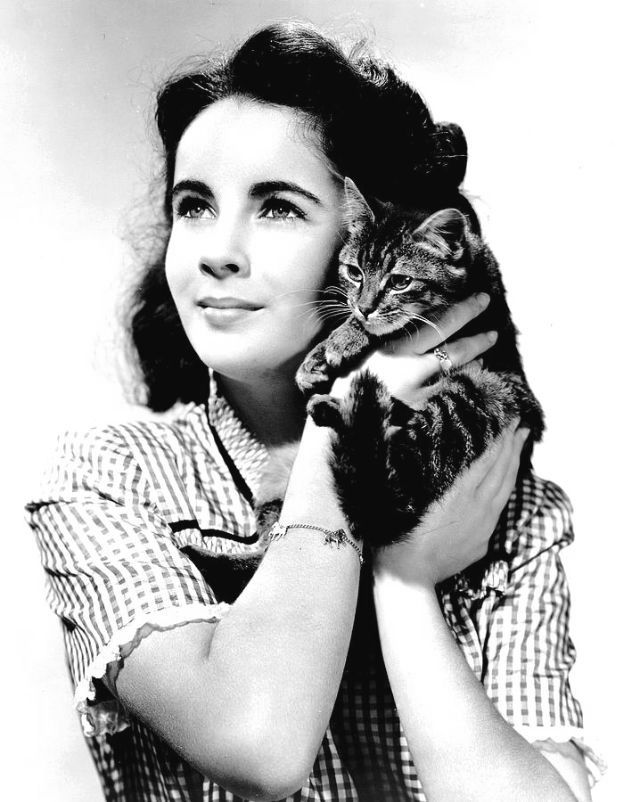 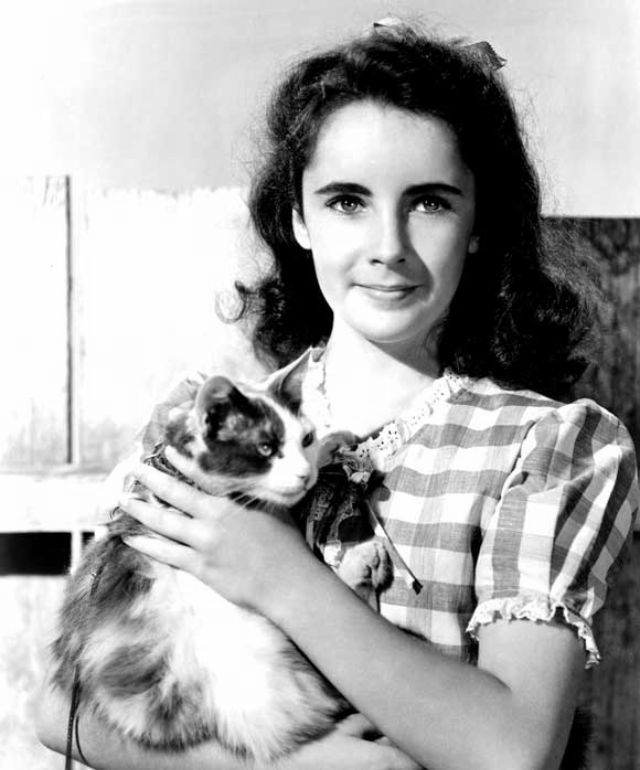