In the 1950s, a musical adaptation of J. M. Barrie’s ‘Peter Pan’ starring Mary Martin became a sensation, attracting the fourth biggest audience of all time for a scripted TV show when a live production was broadcast on NBC.

As Shannon Keating writes in a Atlantic column, “For many queer women and gender non-conforming people sprawled in front of their TV sets when they were still children, watching women like Mary Martin play Peter Pan provided visual affirmation that a genderbent lifestyle was within their realm of possibility.”
In the 1997 essay, “Never Gonna Be a Man/ Catch Me If You Can/ I Won’t Grow Up”: A Lesbian Account of Mary Martin as Peter Pan”, theater arts professor Stacy Wolf  considers the musical Peter Pan, and specifically Martin’s performance, from a queer perspective, “…to reconcile desire and/in representation by reading the body and voice of one of Broadway’s biggest musical stars who played the boy who wouldn’t grow up, as a lesbian.”
Never Never Land, according to Wolf, is inhabited by three homosocial communities: the Lost Boys, the Indians, and the Pirates. Race also plays a role in the drama: “The privilege and mobility of white womanhood ensures that whatever anxiety her short haircut and athletic antics may have evoked in some mid-century critics, Martin can still act like ‘an eight-year-old hurling himself over and over in the best mud he can find’ and culturally stay clean.” 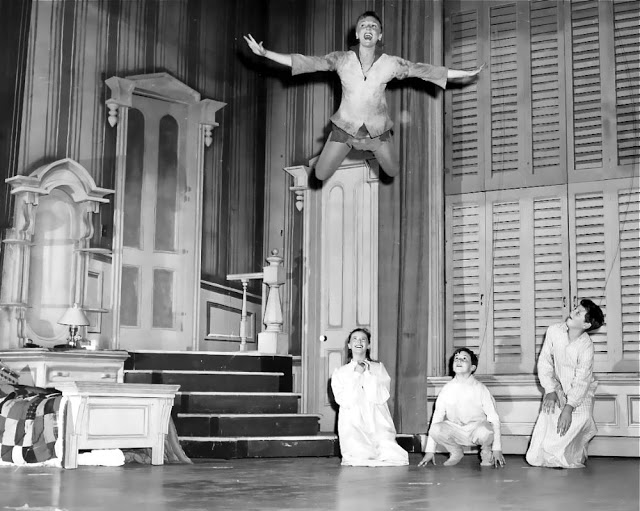 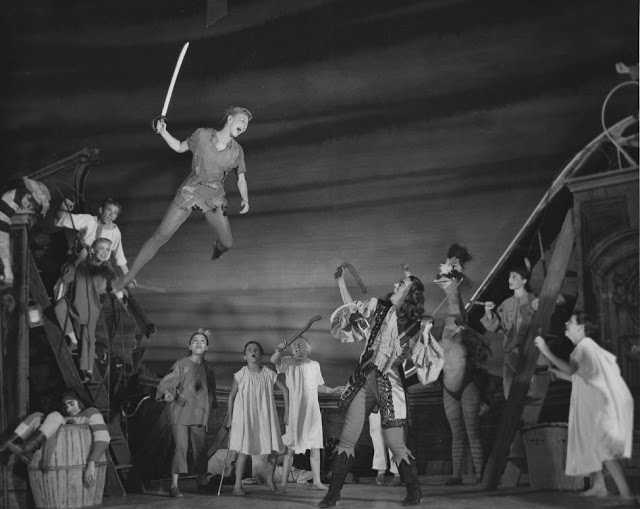 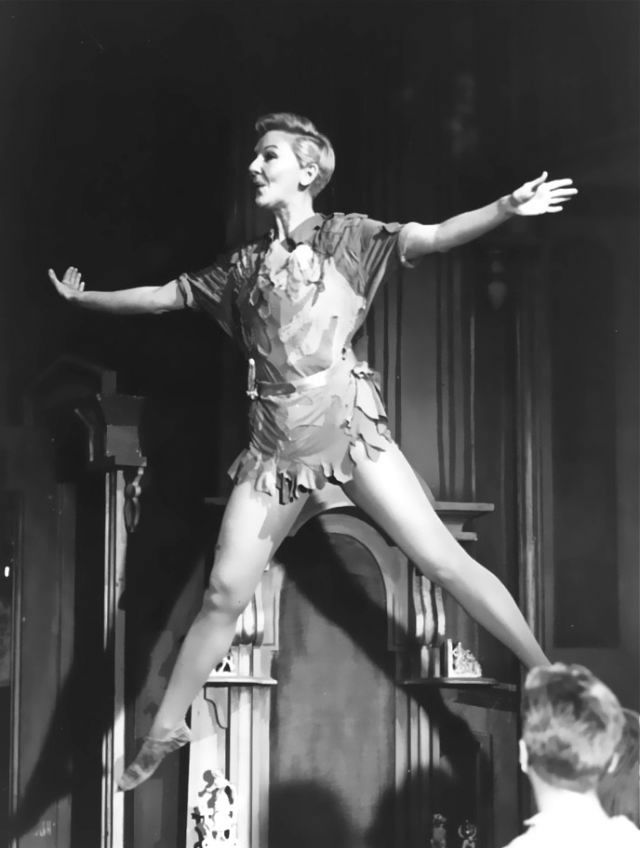 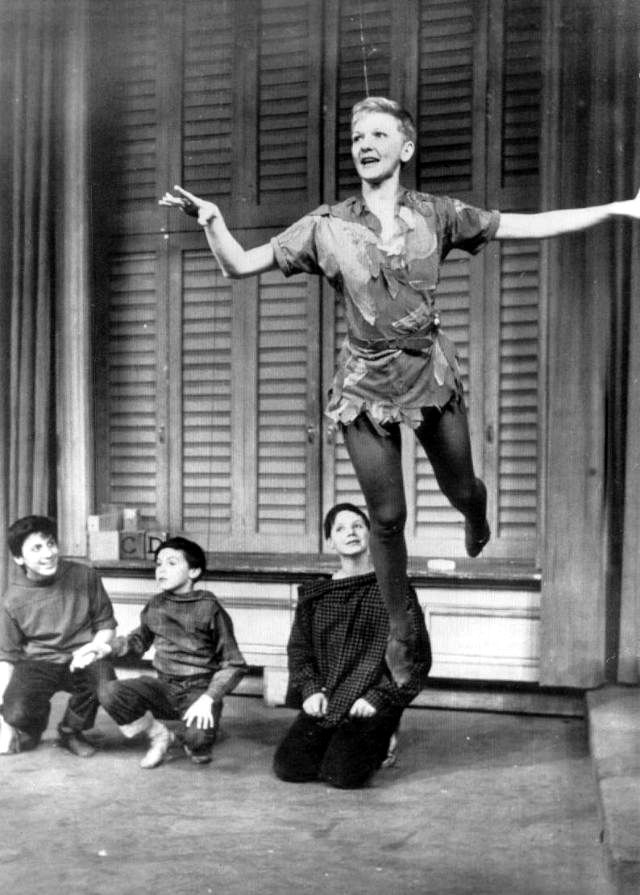 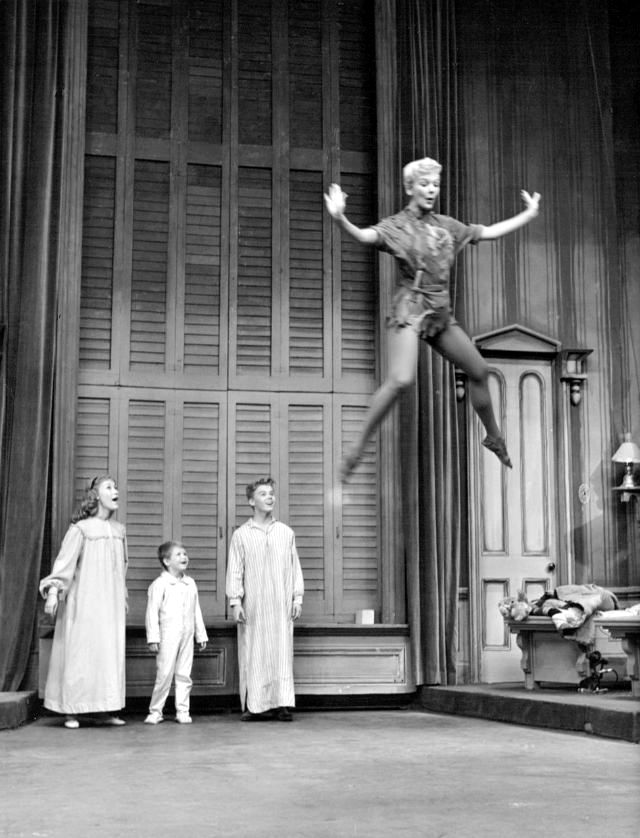