For those of you interested in adding a little “flavor” to your smoke life, here’s a list of 20 coolest gadgets from the 1930s that will brighten your smoking experience and awesome one-hitters sure to do the job right… 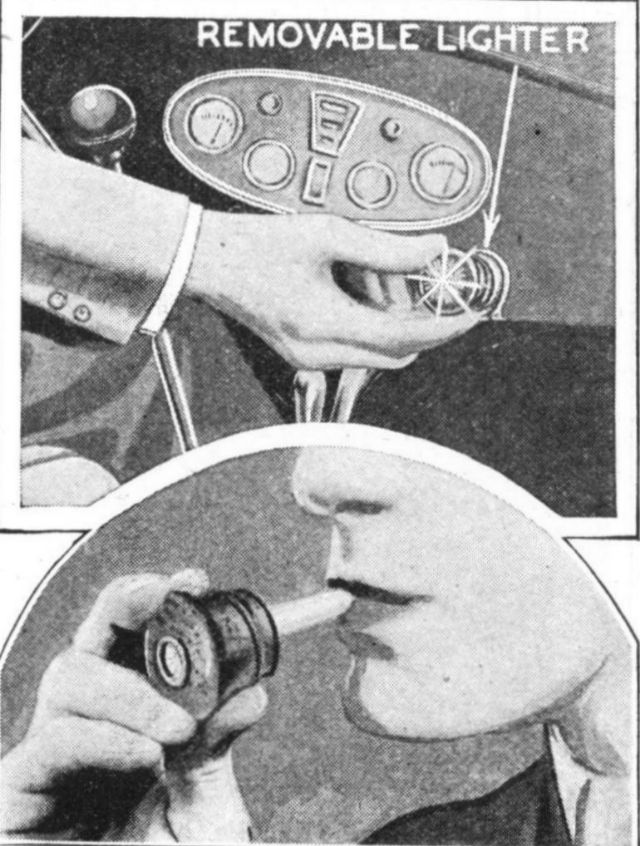 A cigar lighter attached to the automobile dash board is pressed until a red glow appears and can then be removed. 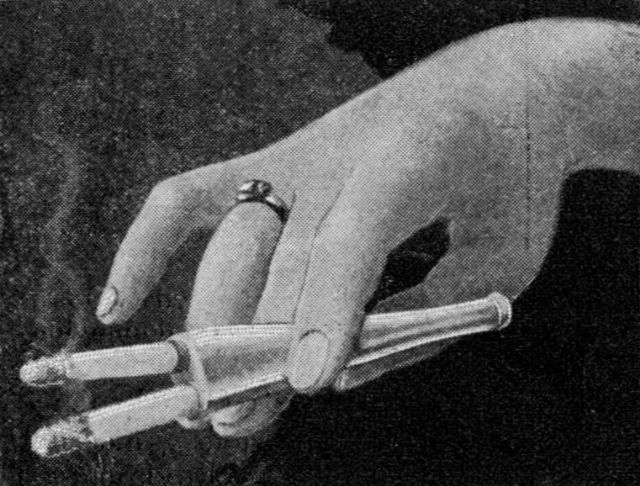 We don’t know whether the cigarette manufacturers were behind this idea, but it might be a good idea for them to give away one of these new holders to all smokers. Just think how cigarette sales would jump if everybody smoked two at one time! 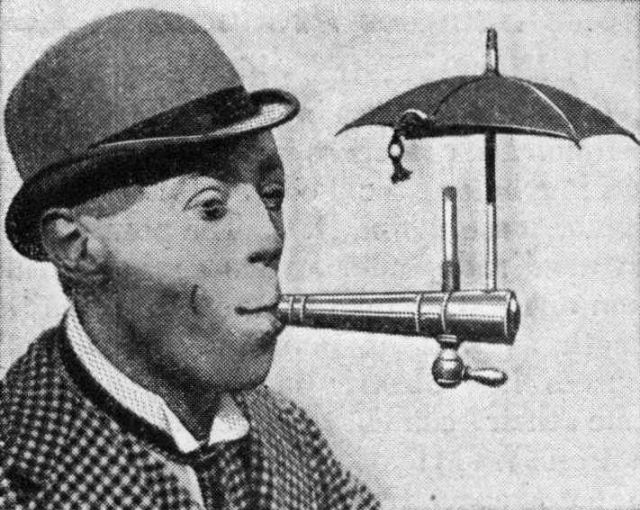 Many are the inventions devised to insure a dry smoke, but it has remained for a clown appearing with a circus in England to solve the problem. An umbrella over the smoke keeps off water and a spigot drains off excess moisture.

Cigarettes that light themselves without matches have been made before, but this novelty in a new form has just been introduced by a San Francisco manufacturer. Ten cigarettes are packed in a box, each provided with a tip of yellow composition. Scratched like a safety match, upon a special surface of the box, a flare results that lights the cigarette.

A strong wind does not interfere with the lighting, according to the maker. He claims his composition is free of objectionable taste in burning, overcoming the principal problem of other inventors who have sought self-lighting cigarettes.

An “ammunition” hat designed with tuck in which are inserted twenty cigarettes, is proclaimed by stylists as the latest fad for co-eds. Wearing this hat, shown in the photo at right, the co-ed needs no longer go through the awkward motions of searching through a hand bag for her fags. All she has to do is to reach up and pluck one from her hat.

The cigarettes are arranged to appear like ornaments on the hat. The slots which hold the fags are made extremely rigid so as to prevent breaking.