Born 1946 in Venice, Italian actress Silvia Monti is mostly known for the female lead role, Sofia Scannapieco, mafioso Frankie Scannapieco’s sister, in the 1969 Gérard Oury caper film Le Cerveau (aka The Brain). In the movie, she has a spectacular scene where she gets down from a balcony using a rope on a song by Caterina Caselli, Cento Giorni. 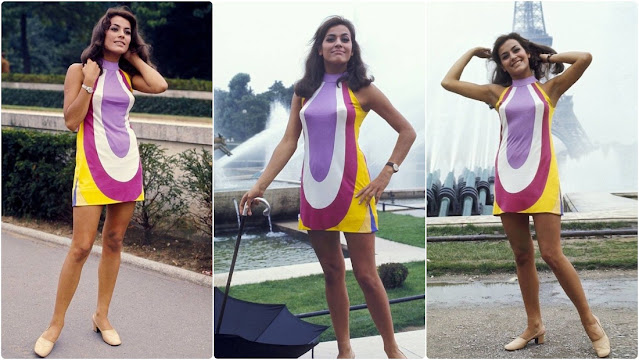 The film is about a second train robbery by the brain behind the Great Train Robbery of 1963. It was the most popular movie at the French box office in 1969.
Monti stopped her career in 1974. She is currently married to Carlo De Benedetti.
These beautiful photos were taken by Ron Galella that show portraits of Silvia Monti sighting on location filming Le Cerveau (The Brain) on August 28, 1968 in Paris, France. 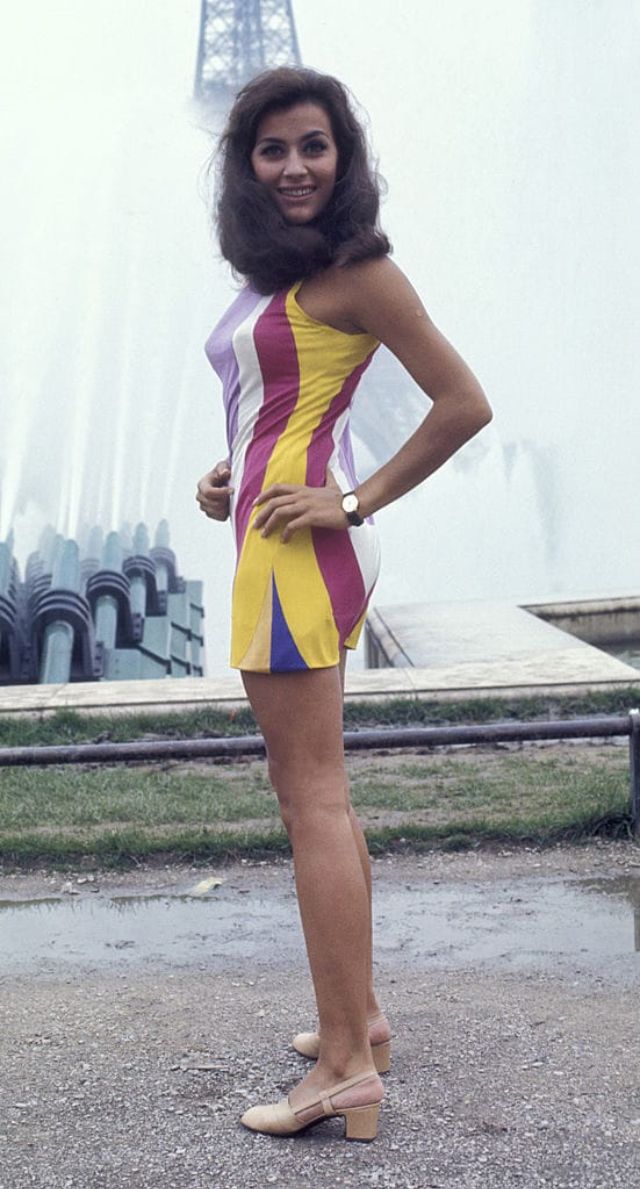 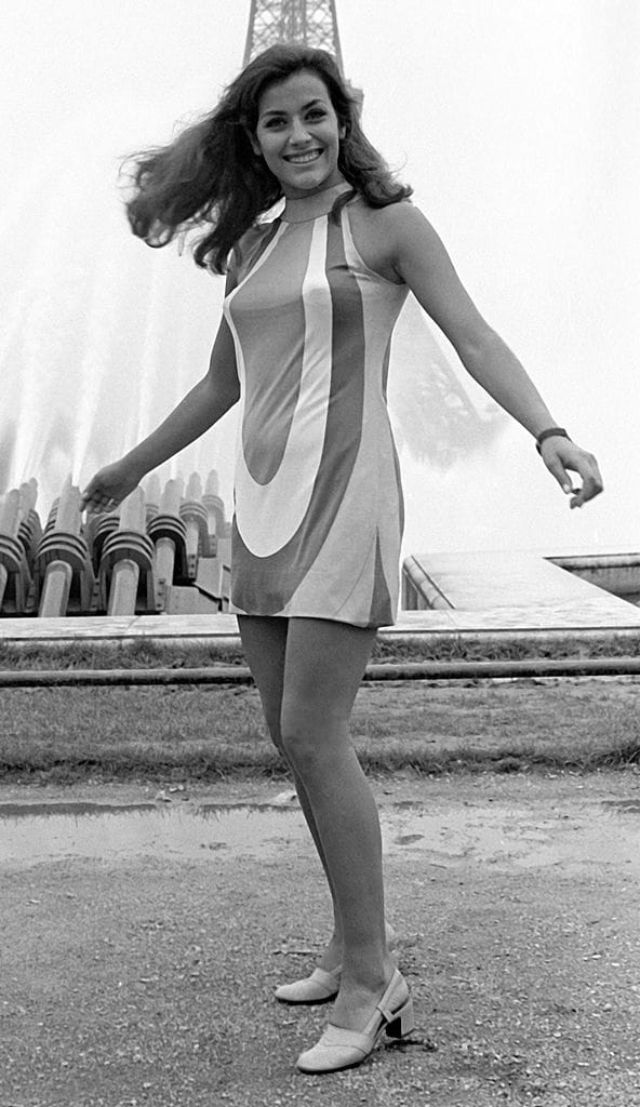 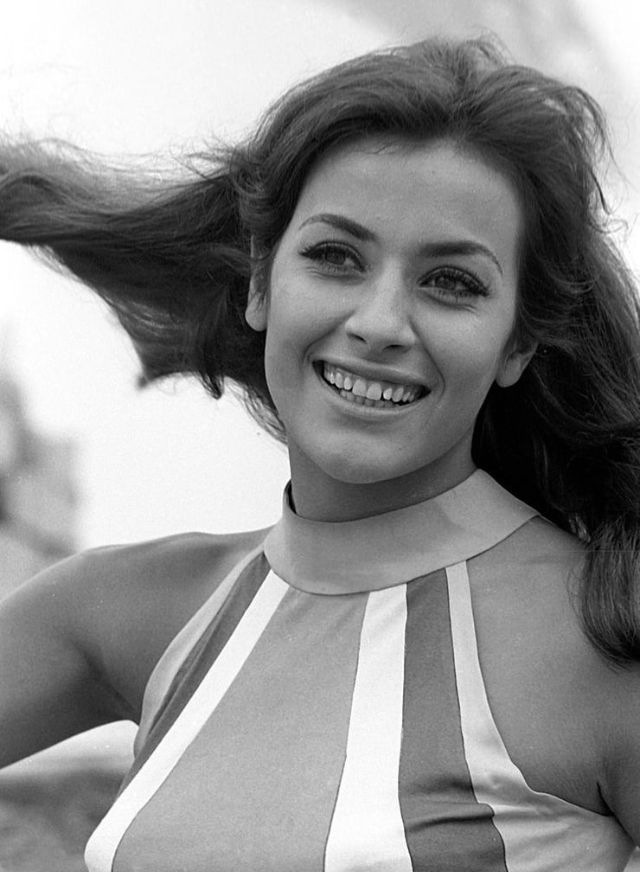 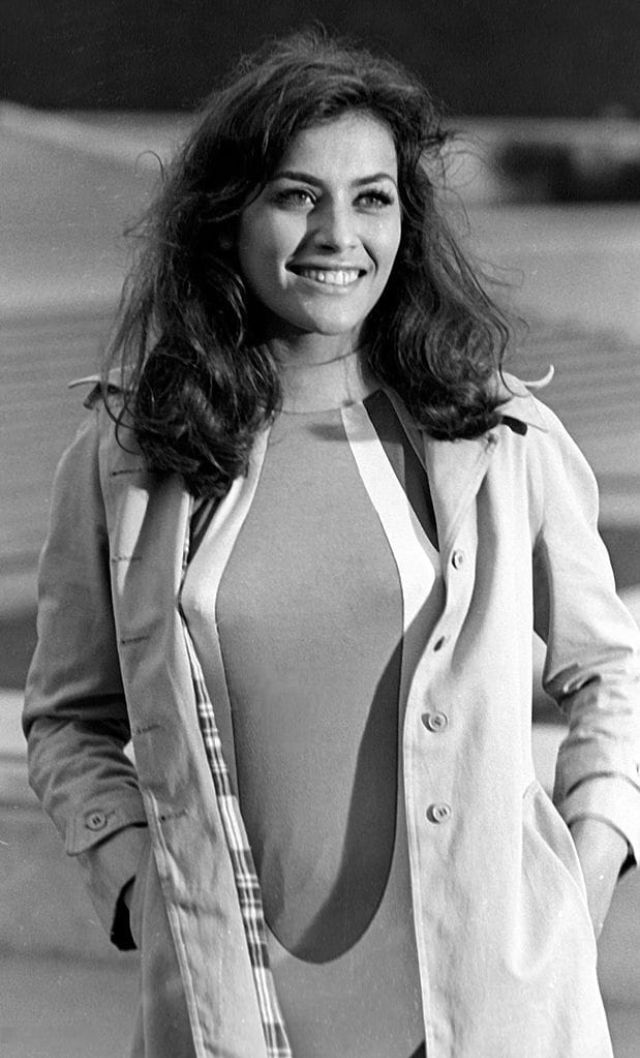