Nagoya is the largest city in the Chūbu region of Japan. It is Japan’s fourth-largest incorporated city and the third most populous urban area. Located on the Pacific coast on central Honshu, it is the capital of Aichi Prefecture and is one of Japan’s major ports along with those of Tokyo, Osaka, Kobe, Yokohama, and Chiba.

In 1610, the warlord Tokugawa Ieyasu, a retainer of Oda Nobunaga, moved the capital of Owari Province from Kiyosu to Nagoya. This period saw the renovation of Nagoya Castle. Nagoya was proclaimed a city in 1889, during the Meiji Restoration; it became a major industrial hub for Japan. The traditional manufactures of timepieces, bicycles, and sewing machines were followed by the production of special steels, chemicals, oil, and petrochemicals, as the area’s automobile, aviation, and shipbuilding industries flourished. Nagoya was impacted by bombing from US air raids during World War II.

After the war, Nagoya developed into a major port and transport center. The Shinkansen high-speed line connecting Tokyo and Osaka converges on Nagoya. Nagoya is served by two airports: Chubu Centrair International Airport in nearby Tokoname, and Nagoya Airfield, home to Mitsubishi Aircraft Corporation. Nagoya remains an important center for the automotive, aviation, and ceramic industries, hosting the headquarters of Brother Industries, Ibanez, Lexus, and Toyota Tsusho, among others.

Below is a small collection of wonderful color photographs that capture everyday life in Nagoya in the mid-1950s. 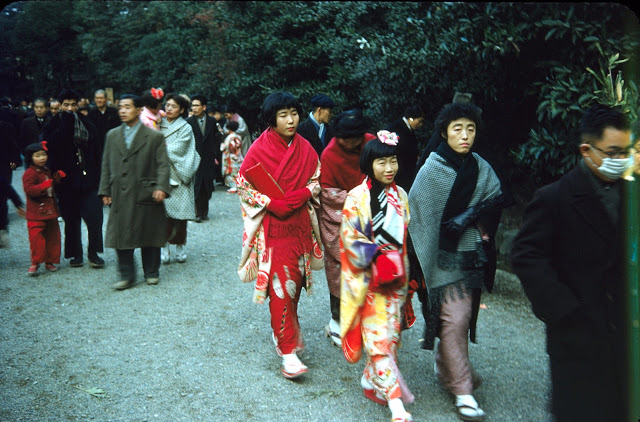 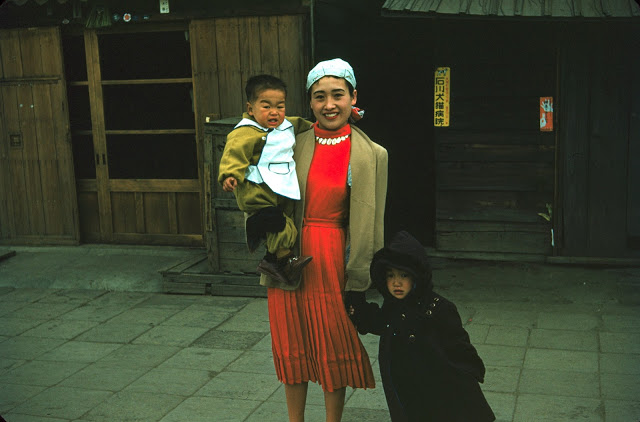 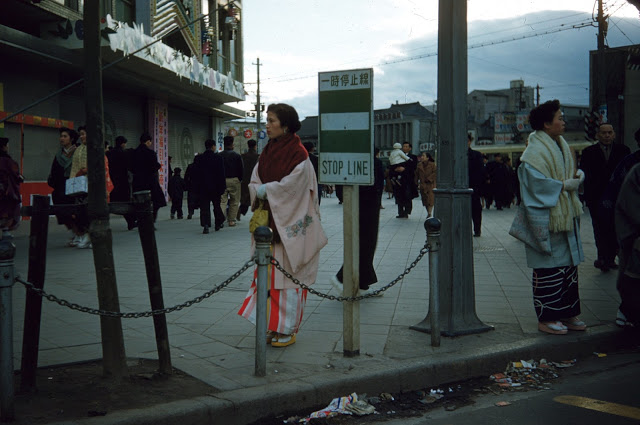 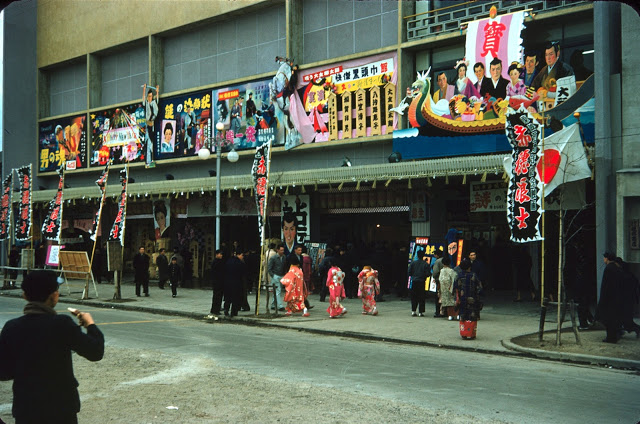 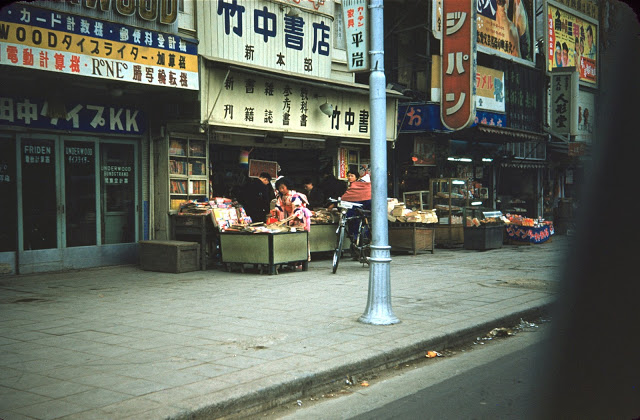