The polka is originally a Czech dance and genre of dance music familiar throughout all of Europe and the Americas. It originated in the middle of the nineteenth century in Bohemia, now part of the Czech Republic. The polka remains a popular folk music genre in many European and American countries, and is performed by many folk artists. 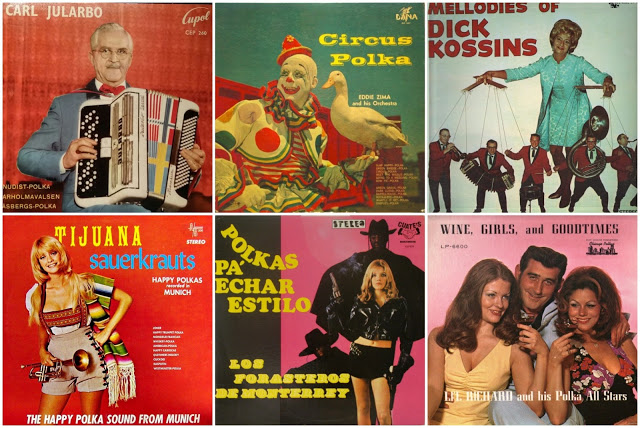 Polka is a music and dance style that originated in Europe in the 1830s and came to American society when people immigrated from Eastern Europe. A fast style in 2/4 time, and often associated with the pre–World War II era, polka remains a dynamic “niche” music in America.
While you would never call the polka genre “self-serious”, some musicians have really taken it to the limit. Here’s a selection of 13 of the strangest polka album covers through past eras.
1. James Last – Happy Polka 2 (1972)

5. Whoopee John – The Great One