Sometimes we parents will come across ads or informercials for baby and kid-related products that seem silly or kinda useless. If we look back in time, though, when “men were men and women were women,” and both apparently didn’t seem overly concerned with infant or child safety, we can behold some very weird or outstandingly stupid and dangerous inventions.

All of these were really real things, some of them weren’t mass produced or marketed, but ALL of them will make you shake your head and ask what in all of the unholy hecks were they thinking? 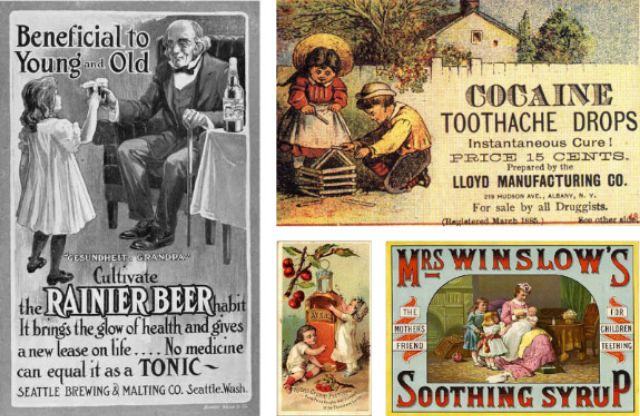 Morphine, cocaine and beer, oh my! Old timey doctors knew that nothing soothes a baby quite like powerful drugs and booze. It didn’t seem like they knew much more than that, though. What in the golly gee wilikers, doc! 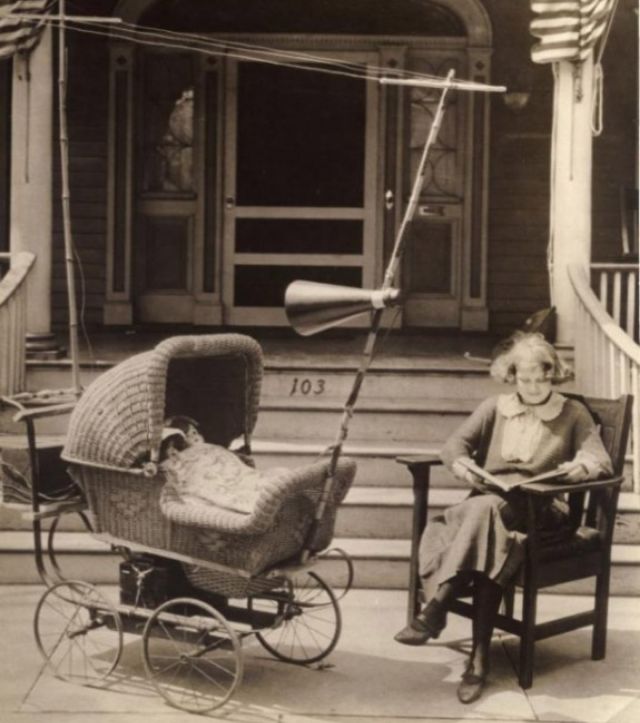 Pram provided with a radio, including antenna and loudspeaker, to keep the baby quiet. What could possibly go wrong? Wowzers. 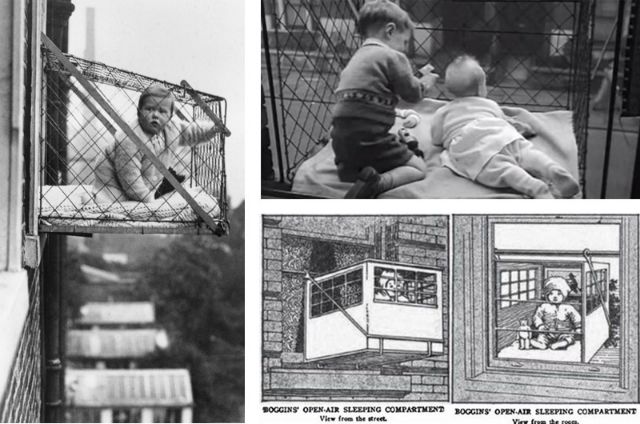 Intended to give urban-dwelling babies a chance to get some fresh air and sunshine, the baby cage is exactly what it sounds like: a wire mesh container for your newborn.

Despite how dangerous the idea of an infant precariously perched in a cage outside an apartment window, these devices were actually handed out in London to members of the Chelsea Baby Club. Somehow it seems unlikely that the American Academy of Pediatrics here in the United States would make a similar recommendation these days. 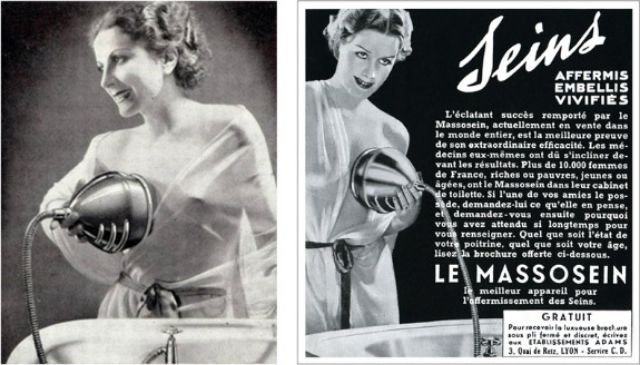 Imagine being the model for this uncomfortable picture, which came from a French ad from the 1930s. How effective could this ad have possibly been? Because if you bought a boob dome/water massage device you are gullible or maybe you’re just a little freaky. 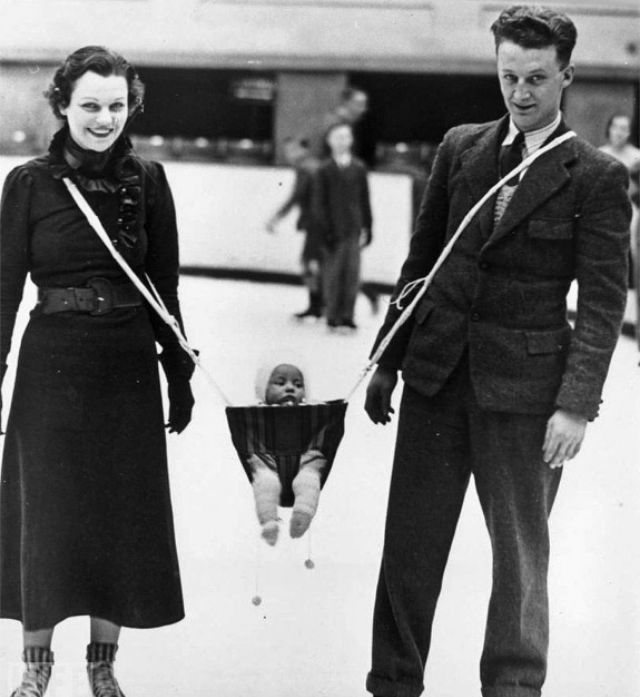 Now this is what we call hands-free parenting… Right?

“Buy… WHY???” you might ask, like any sane person who knows that babies are a bit more fragile than a stone one might launch at a castle, and appreciate that the difficult task of synchronizing two people’s movements qualifies as an Olympic event.

Please note that the couple pictured above are on f**king ice skates! The fact that the man who grunted out this brain turd of an idea was a hockey player does little to add any sense to this contraption.