Catherine II (May 2, 1729 – November 17 1796), most commonly known as Catherine the Great, was Empress of Russia from 1762 until 1796—the country’s longest-ruling female leader. Known more for her affairs of the heart than for affairs of state, she nevertheless greatly expanded her country’s empire. Her accomplishments are often overshadowed by the legends and rumors about her scandalous personal life.

Of the many legends surrounding Catherine that relating to a supposed secret erotic cabinet is perhaps the best known. According to some sources, this was placed in the Empress’s private apartments at Gatchina Palace, while according to others, the room was in one of the palaces of Tsarskoye Selo, in the outskirts of St Petersburg.
Two photographs exist supposedly representing the table and a chair from this eccentric suite of furniture; the photographs were taken by Wehrmacht soldiers in 1941. Soon after, the palaces were bombed, most of their contents – including, one might infer, the aforementioned pieces – destroyed in the ensuing fire. 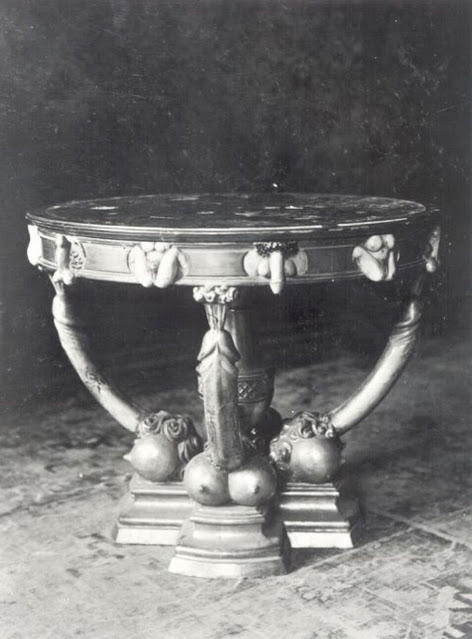 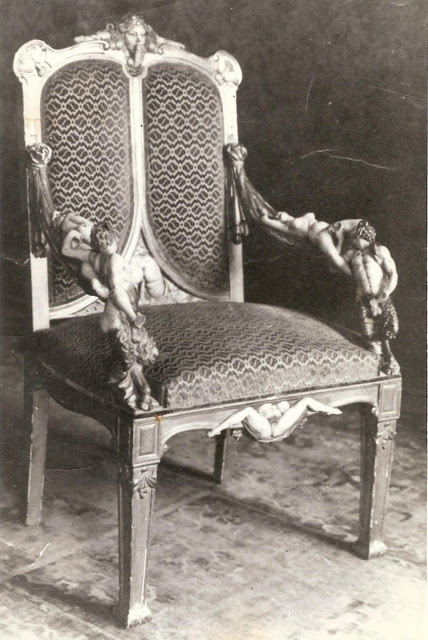 Catherine, throughout her long reign, took many lovers, often elevating them to high positions for as long as they held her interest, and then pensioning them off with gifts of serfs and large estates. She had 22 male lovers throughout her life, some of whom would reap political benefits from their relationship with her, and many of whom were younger than she. In addition to her sexual relationships, her multiple illicit relationships with Russian nobles, and unfounded rumors that she liked to collect erotic furniture, and an atmosphere of palace intrigue cultivated by her son Paul I of Russia, led to negative portrayals of Catherine.
Some called her the “Messalina of the Neva”, while others termed her a nymphomaniac. Catherine died quietly in her bed on November 17, 1796, at the age of 67 after suffering a stroke. After her death, her enemies spread gossip about her that has endured for centuries: that she had died while having sex with a horse. Others claimed that she died on the toilet. Neither rumor was true.