Around July of 1968, photographer Frank Bez took two series of photos of Jim ‘levitating’, his longtime lover Pamela Courson and another brunette model named Cathy Cristiansen at the Hollywood Bowl.

Frank Bez recalled he had the idea of this photoshooting after reading an interview Jim had given for Ladies Home Journal, where he said that he “had a way to talk to girls that made them levitate.” The photographer then contacted Jim and suggested him that they could make a photoshooting picturing Jim ‘levitating’ girls.

Frank hired someone from the Magic Castle to help them to make the levitation trick, and Jim posed for two series of shots. One with the model, that had been hired that day for the shoot, Cathy Cristiansen and another one with Pamela, who had come with him for the photoshooting and enthusiastic about the whole concept was happy to be taken in photo with Jim for another series.

“There’s a place in L.A. called the Magic Castle,” Frank Bez told Esquire in an interview. “It’s what you’d call a mansion, up in the hills in Hollywood. It’s a club for magicians. So I came up and said, ‘Can you direct me to someone who specializes in levitation?’ They put me in touch with a guy, and he said, ‘Well, I’ll tell you how to do it, but I’ll kill you if you tell anyone else.’”

According to Bez the reason the pictures were taken with Courson was because “Pam was just tagging along with Jim and wanted to try the trick.” But the pictures of Courson ‘levitating’ almost didn’t work out because Courson was “quite a bit larger than Cathy, she did a good job of balancing on the rig.” Jim was in his attire for rehearsing the Hollywood Bowl, and Pamela was wearing her own clothing during the same photo session for Esquire magazine.

“He was a little skeptical when we did the levitation thing, because he felt he was pushed in the corner for making that comment. But once we solved the problem, he was into it. He was more outgoing, and I never saw the difficult part of his life because we just had good times.”

Frank Bez was a photographer in Hollywood and his work includes artistic portraits of people from Hollywood in the 1960s. He captured a young Jane Fonda, Raquel Welch, Jimmy Stewart, as well as more artistic works.

One of the wilder claims that have been made about Jim Morrison and the picture is that Morrison could actually levitate people. 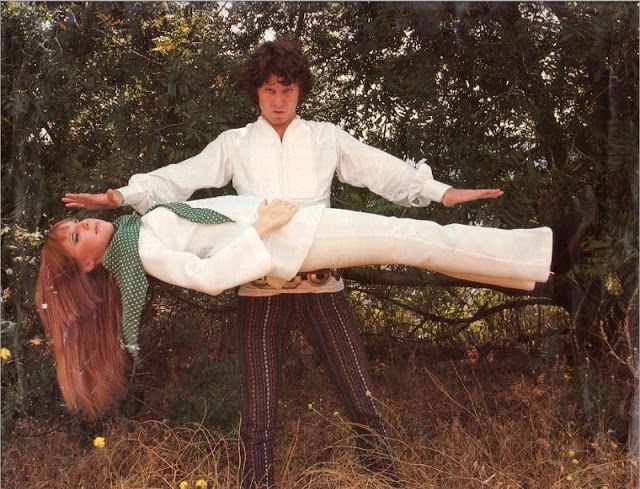 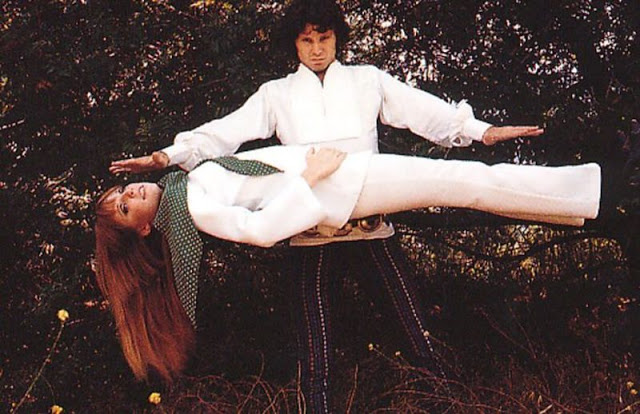 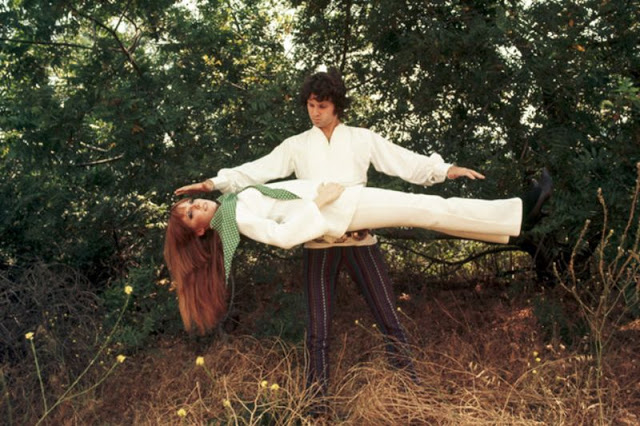 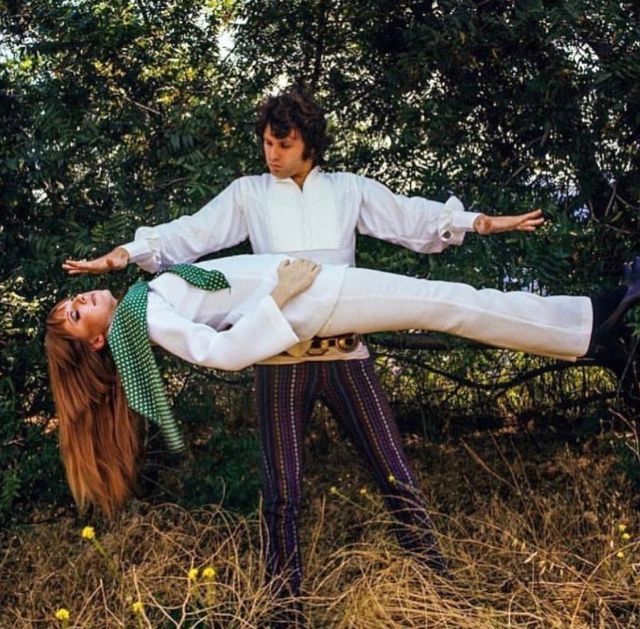 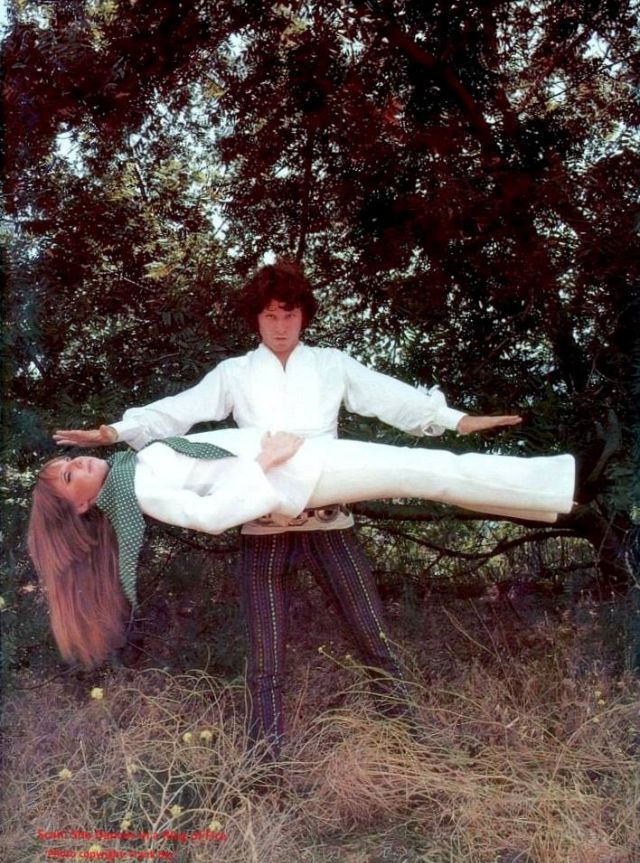 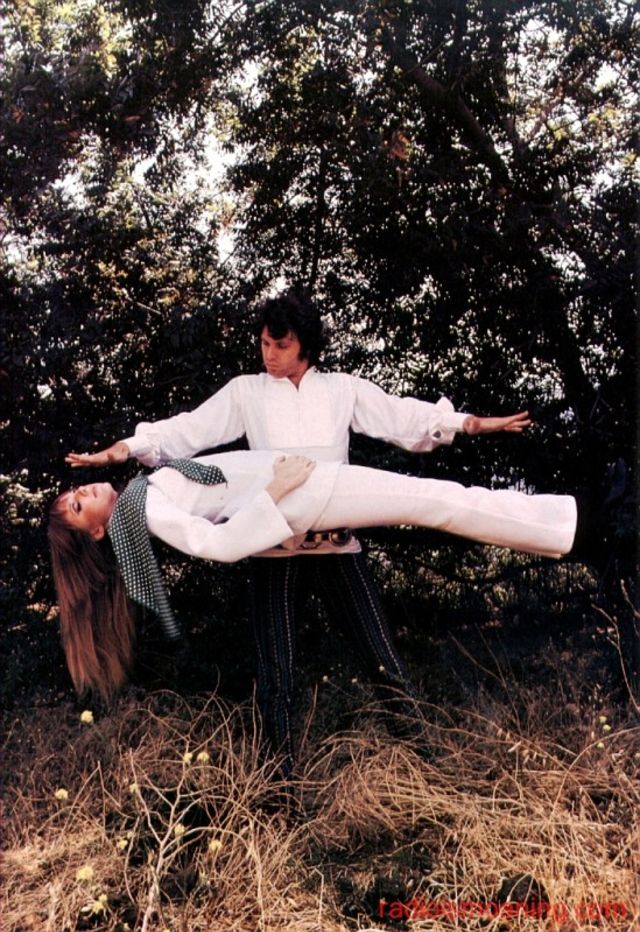