“Things were going pretty darn well for him. Six months later, I was shocked to learn he had passed.” – Mark Seliger

This image of Kurt Cobain is from a session that was taken about in October 1993, six months before he passed. It was for an article in Rolling Stone about the making of In Utero. This particular image feels more or less like a portrait but in a still life situation, with these antiquated doll heads on a shelf behind this cascading wall of red roses.

“I first photographed Nirvana in 1992 for Rolling Stone magazine in the midst of the band’s world tour for Nevermind, their breakthrough album. Kurt Cobain had something of a reputation, and the day before the shoot I asked Dave Grohl [the band’s drummer] and Krist Novoselic [bass] if they would be so kind as to ask Kurt to wear a T-shirt without writing or slogans on it.
“The next day, the guys arrived for the shoot laughing. Kurt was in sunglasses, with a sweater all buttoned up. When he took it off, it turned out he was wearing a T-shirt emblazoned with the words: “Corporate Magazines Still Suck.” Thankfully, Rolling Stone saw the humor in it and ran it on the cover.
“This photo came about in October 1993, when the band were touring the U.S after the release of the album In Utero. Kurt remembered our previous shoot, and I think he was grateful that we hadn’t tried to interfere. The shoot took place in Kalamazoo, Michigan. It was pretty smooth sailing, I think because we already had that bond. My sister helped me to order the dolls’ heads from New York, and we arranged them on an altar with rose bushes I’d picked up from a florist and left to wilt. The image was intended to be surreal – more of a still life than a portrait – but Kurt got it, and the band were really enthusiastic about the concept.
“I tried variations with the whole band, but nothing worked quite so well as Kurt alone. There was something about him that pulled the image together. There was such intensity in his eyes and beauty in his face – even with the wear and tear of the road and the physical pain he had gone through.
“Great photography is not about lighting or technical stuff: it’s about how to engage your subjects. Having your picture taken isn’t necessarily easy, and in many ways it’s very unnatural to sit in front of the camera. But you need your subject to trust you in what is, frankly, quite a weird experience. That connection is essential to your work.
“He was quiet, but things seemed to be going pretty darn well for him at the time. He had his daughter with him, and the tour was in full force. I was in total shock when I heard the news six months later that he had passed. I couldn’t get my head around it. But I don’t think this image needs to be seen with a sense of foreboding. If anything, there’s something life-affirming about where he’s at, even if the framing is grotesque. It’s overwhelmingly about the beauty of him as a man. I only photographed him twice, but I always found him generous and gentle.” 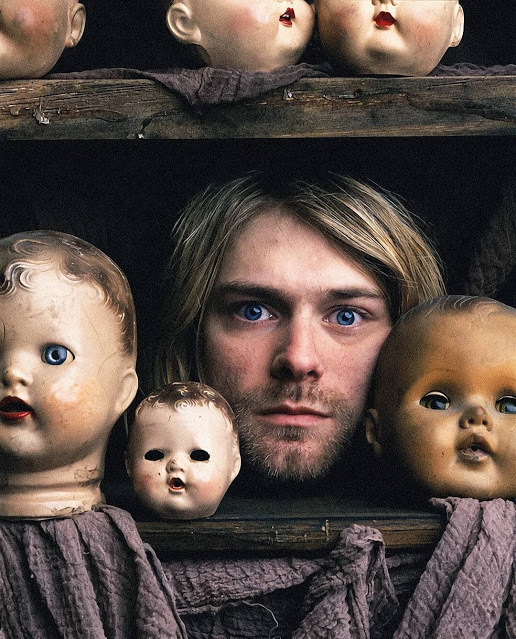 (Interviewed by Edward Siddons for The Guardian)