La Belle Irene was the stage name of Irene Woodward often refereed to as “The Original Tattooed Lady”. She was one of the first American women who decided to get completely tattooed, step onstage, and make a living from her art. Her public life is remembered –– she was incredibly famous in her lifetime, she worked for both big name sideshows and small, not well-remembered dime museums in the United States and Europe, traveling widely for most of her long career. She was immortalized in various wax museums and in posters and pictures. 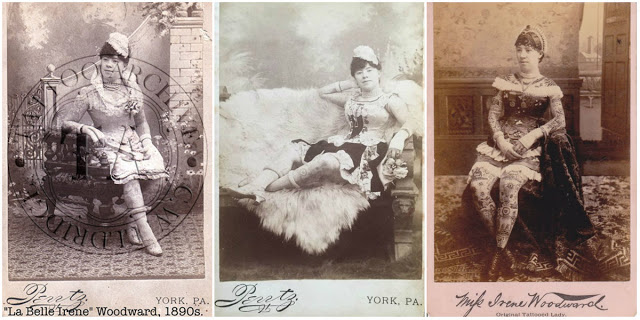 Born Ida Levina Lisk on August 24, 1857 to a shoemaker and his wife, Ida grew up in a series of alley apartments in what is now Philadelphia’s Old City neighborhood. This neighborhood, which includes Independence Hall, was redeveloped in the 1960s –– most of the dilapidated old homes and businesses, including the places were Ida lived as a child, were razed for modern structures.

She got out of Philadelphia, got herself completely tattooed, and transformed herself into Irene Woodward. She rewrote her history, transforming her miserable-sounding childhood into a tale of adventure that audiences loved. According to a booklet she sold as part of her act, The Facts Relating to Miss Irene Woodward, the Only Tattooed Lady, she grew up in the American West with her brother and father. In the booklet, Irene explained that her father, who had once been an English sailor, not a Philadelphia shoemaker, tattooed her to pass the time in the lonely cabin they shared. She was delighted by the tattooing and convinced her father to continue until nearly her entire body was covered. When her father died in an Indian raid in 1879, the hostile natives were fascinated by her tattoos and released both her and her brother from captivity unharmed. She gave herself a new identity and a new story, one that drew on popular themes of American dime novels –– the allure of the west, the conflicts settlers had with native populations, and the theme of captivity and escape –– all of those went in to constructing Ida’s new identity as Irene.

When Irene Woodward retired from life on the road in the early 1900s, however, she returned to her old haunts in Philadelphia. She and her husband George lived a quiet life in a neighborhood just north of where she grew up, another now transformed area that, these days, houses a freeway.

In 1915, at age 58, Irene was diagnosed with uterine cancer. A newspaper account reported her admission to the hospital in the fall of 1915, claiming that “the poison of the tattoo marks she had worn all over her body” was the cause of her illness. Irene Woodward was admitted to the Philadelphia General Hospital on Sept. 14, and by Oct. 9th, 1915, she was dead. She was buried in Monument Cemetery in Philadelphia on Oct. 13th, 1915. 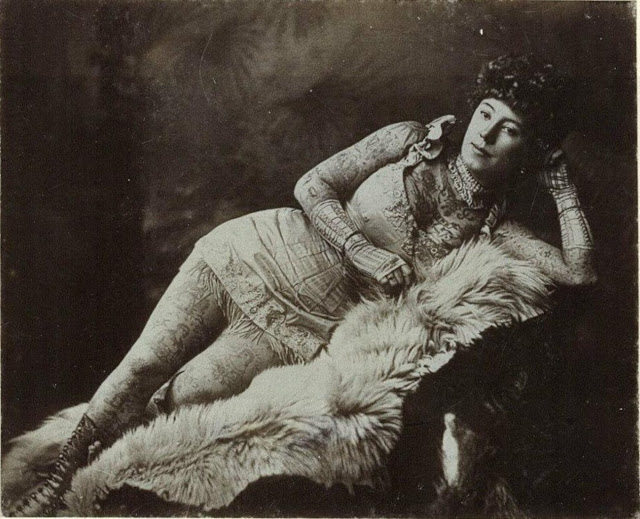 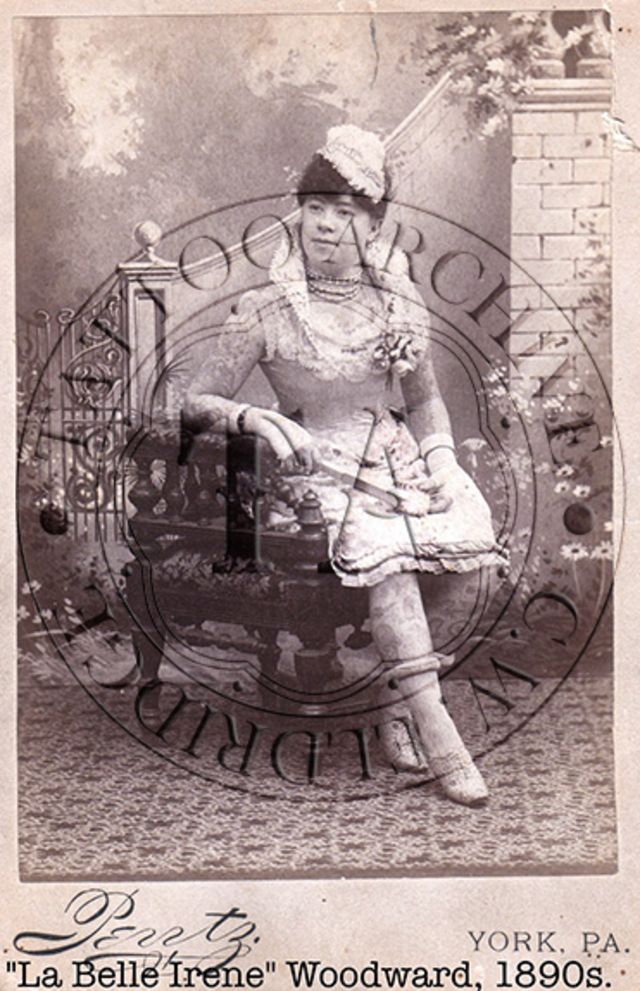 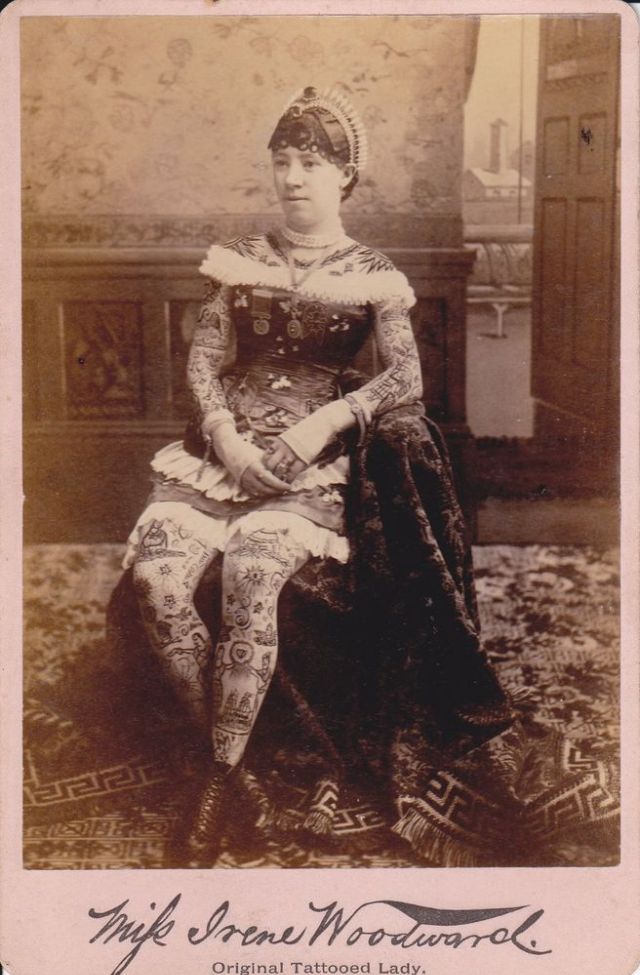 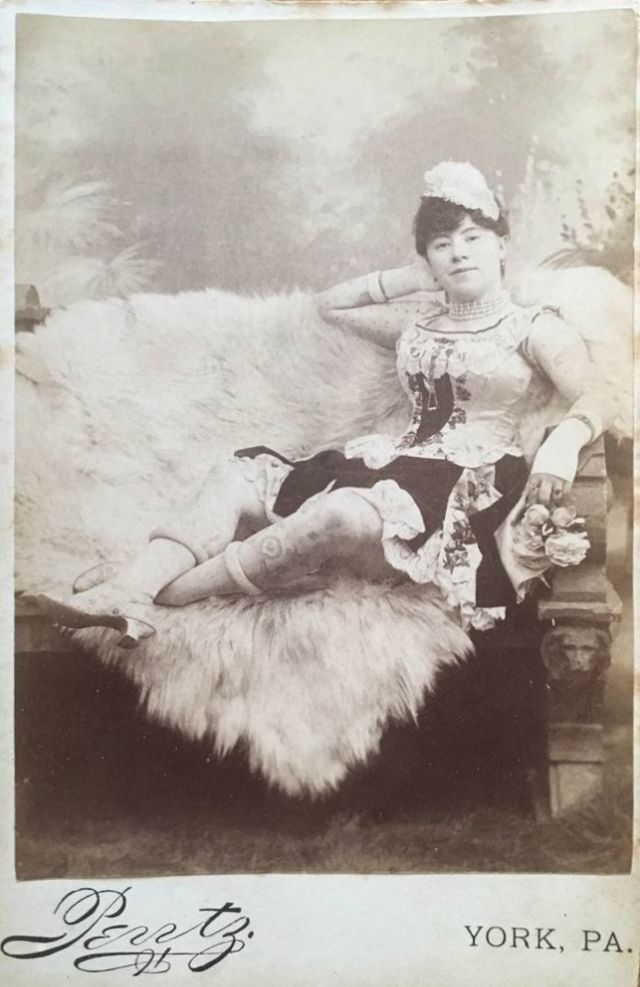 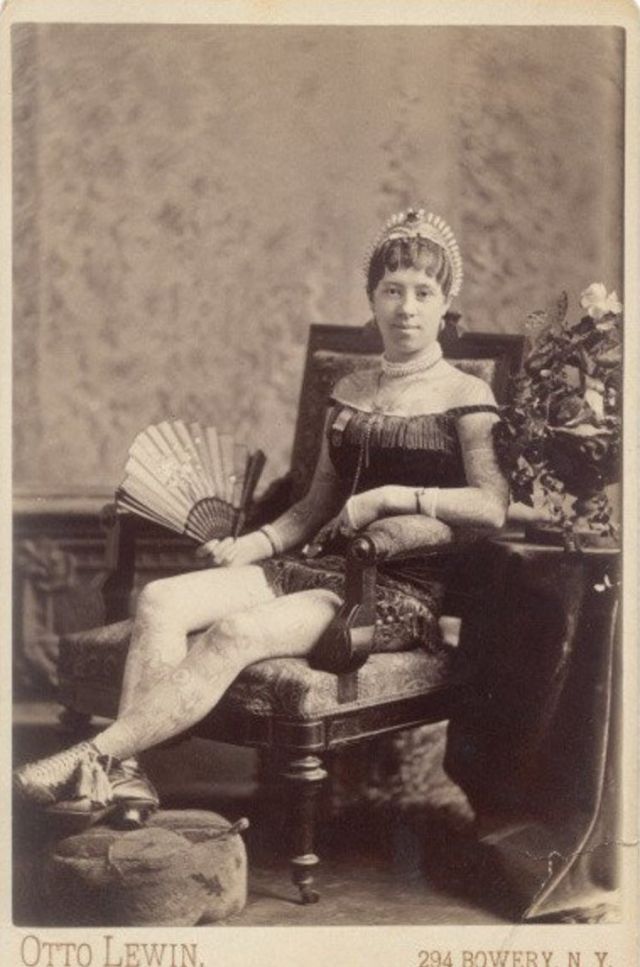 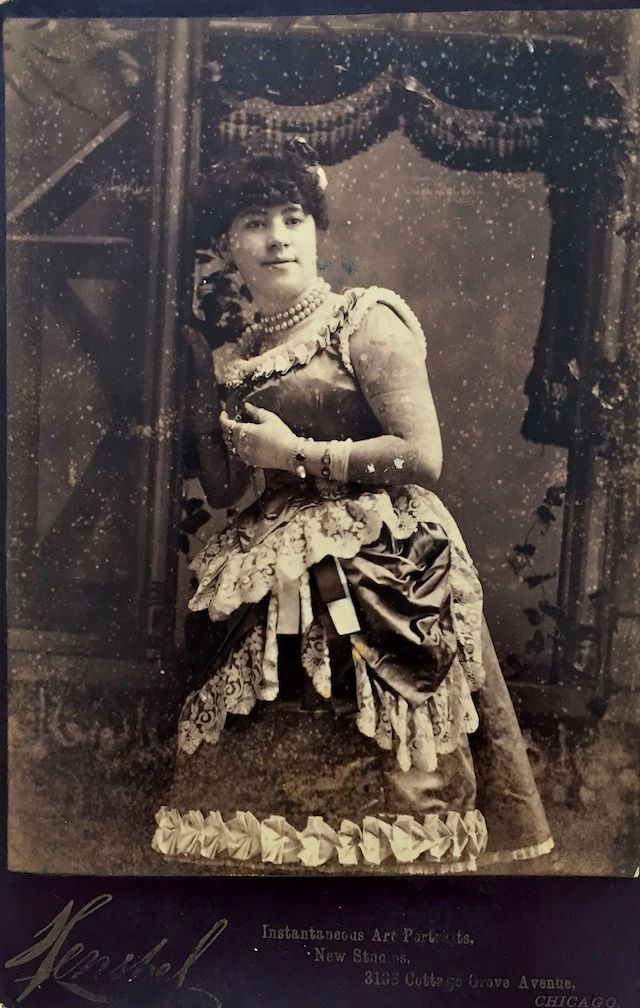 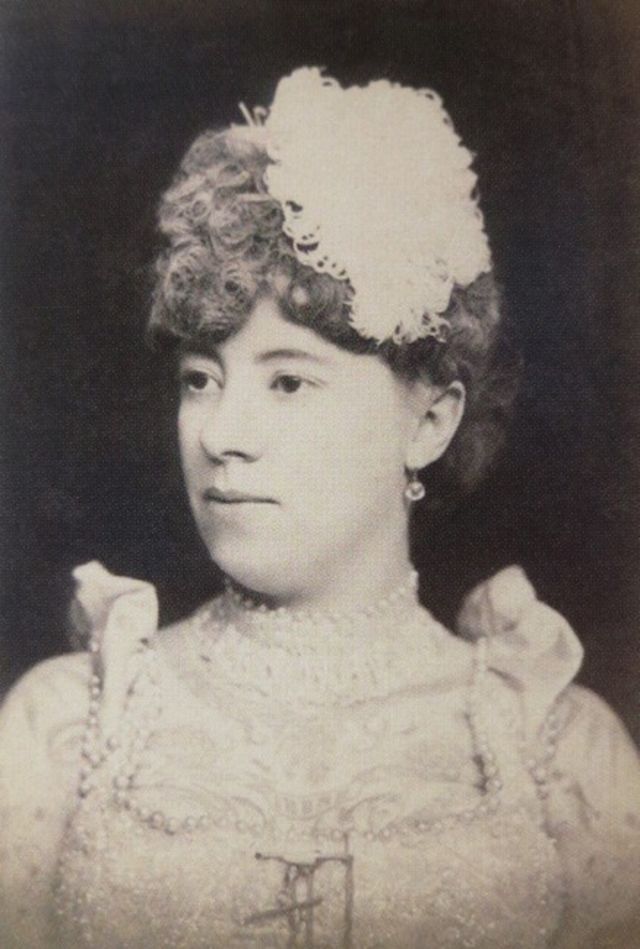