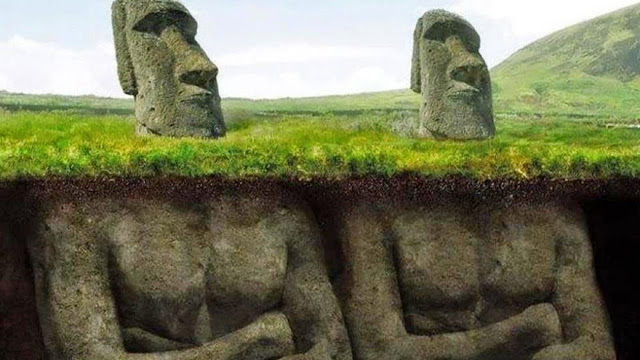 The Easter Island heads are known as Moai by the Rapa Nui people who carved the figures in the tropical South Pacific directly west of Chile. The Moai monoliths, carved from stone found on the island, are between 1,100 and 1,500 CE. A bit of an aside, but CE refers to the “Common Era” and sometimes replaces the use of AD in historical and archaeological communities.

The reason the bodies have been hidden underground for so long is that the statues were build on the side of a volcano, which helpfully erupted all over the statues and buried them up to their necks.

Archaeologists have studied the statues on the island for about a century, and have actually known about the hidden bodies since the earliest excavations in 1914. The first photographs of the hidden torsos emerged in 2012, two years after Jo Anne Van Tilburg, director of the Easter Island Statue Project, began excavating the monoliths with the help of local Rapa Nui people. These amazing pictures below show moment archaeologists discovered Easter Island statues were covered in tattoos: 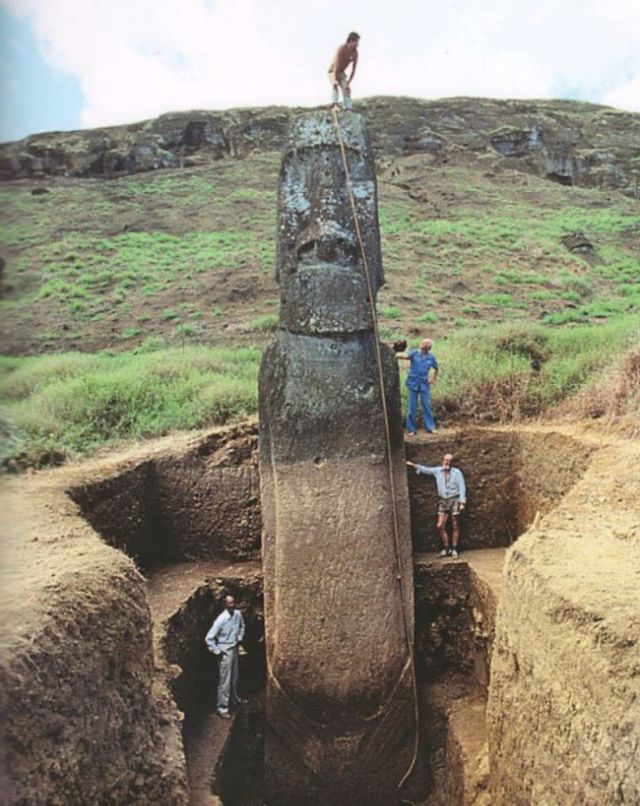 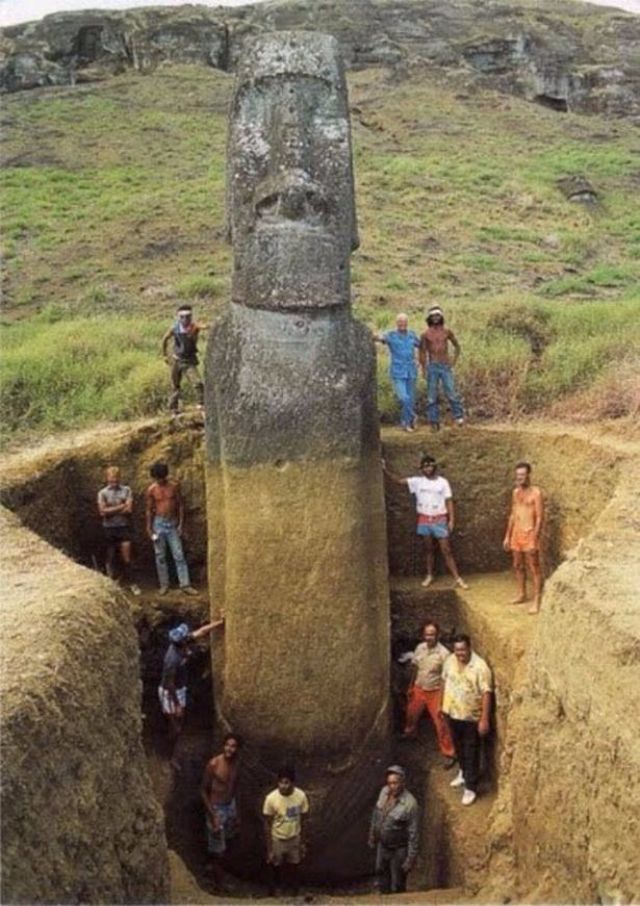 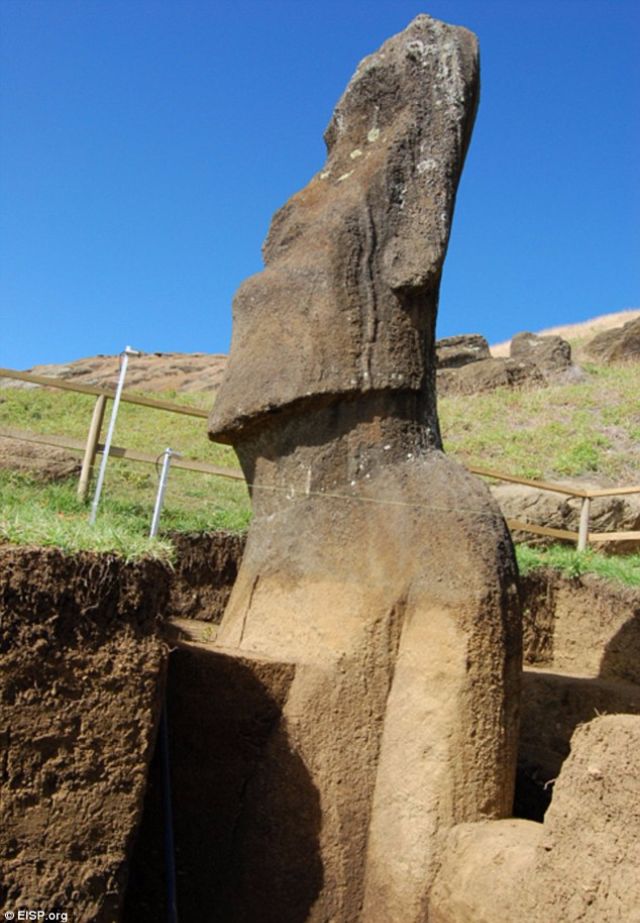 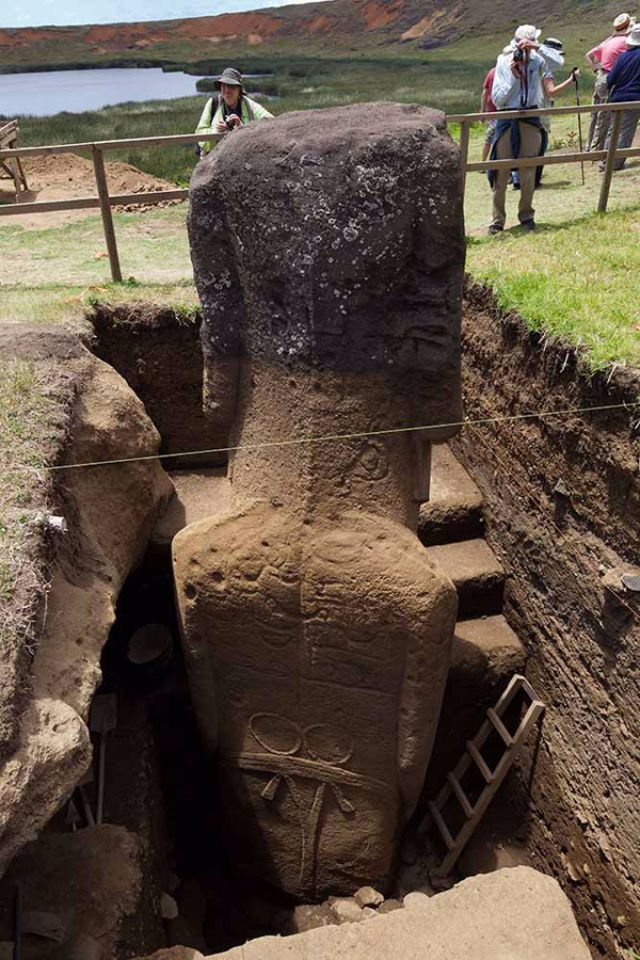 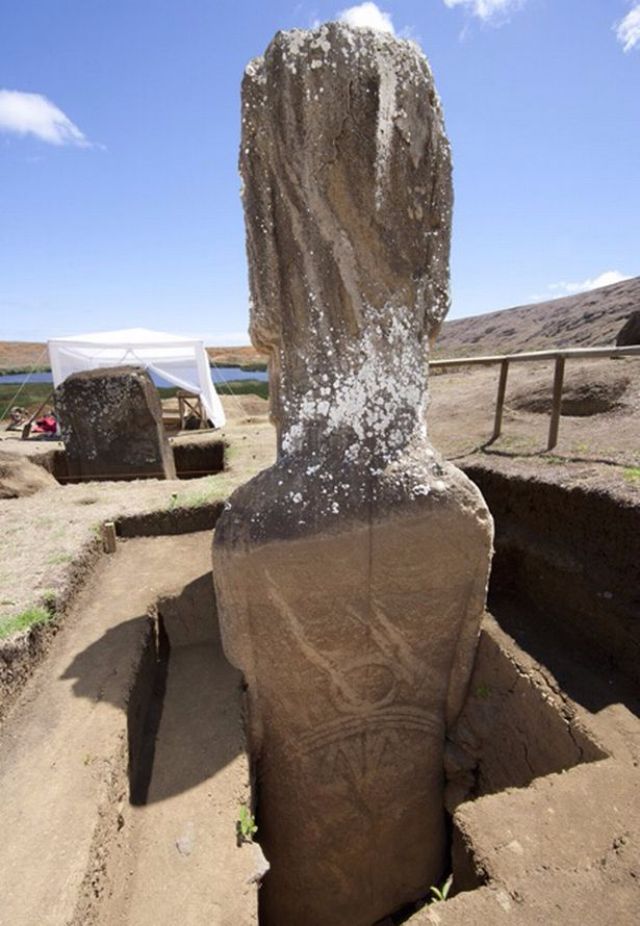 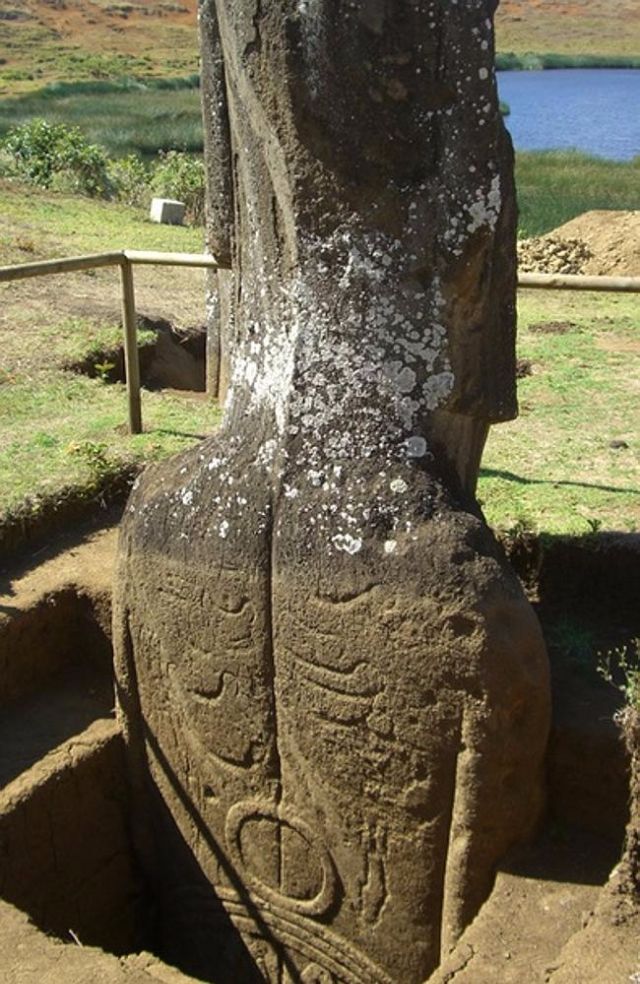 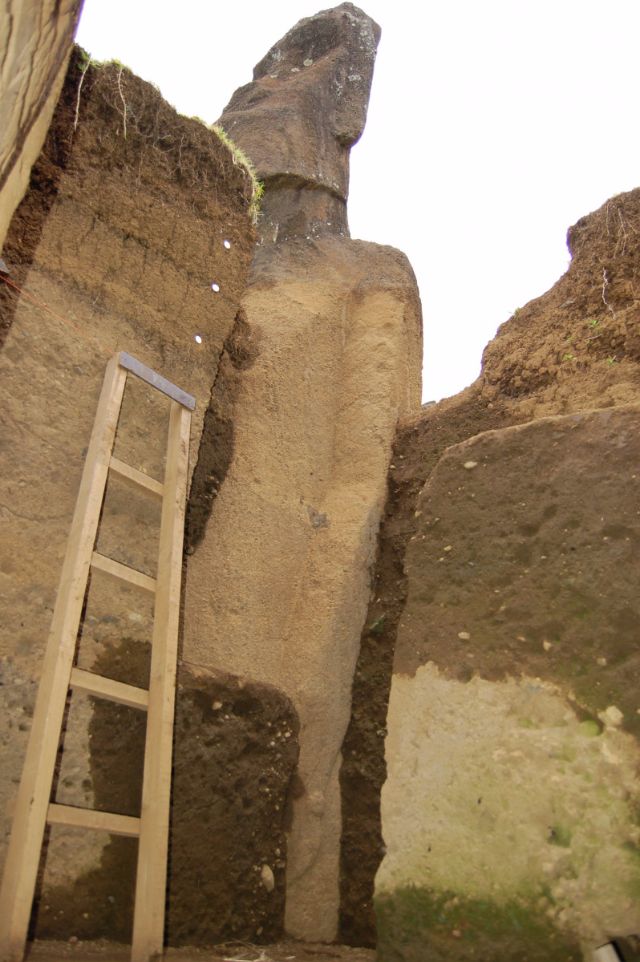 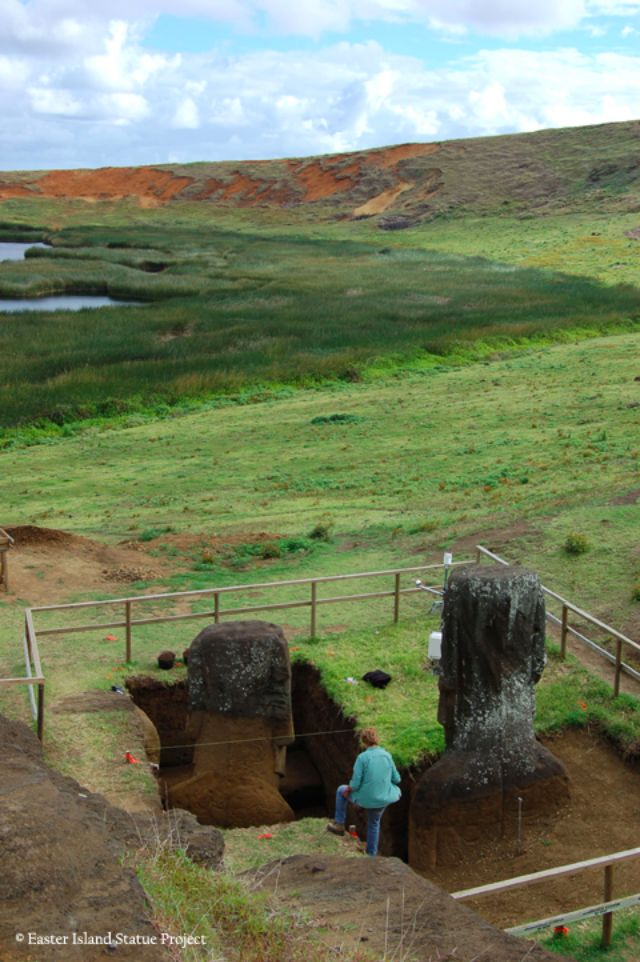 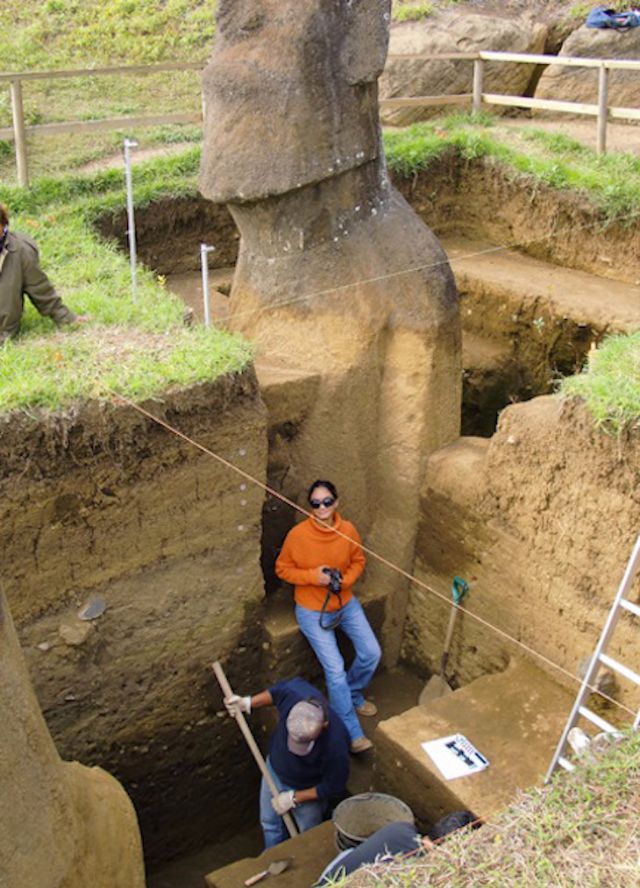 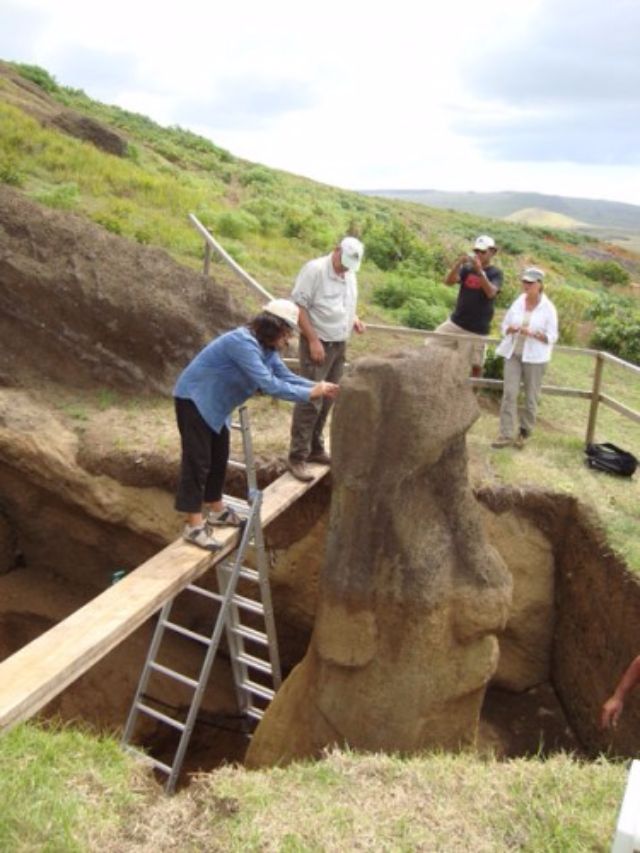 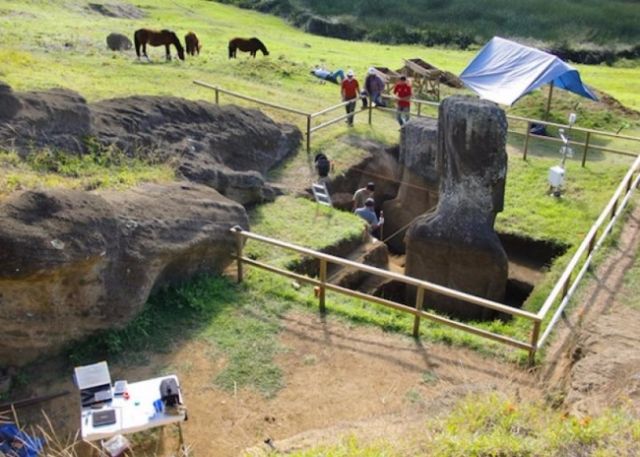 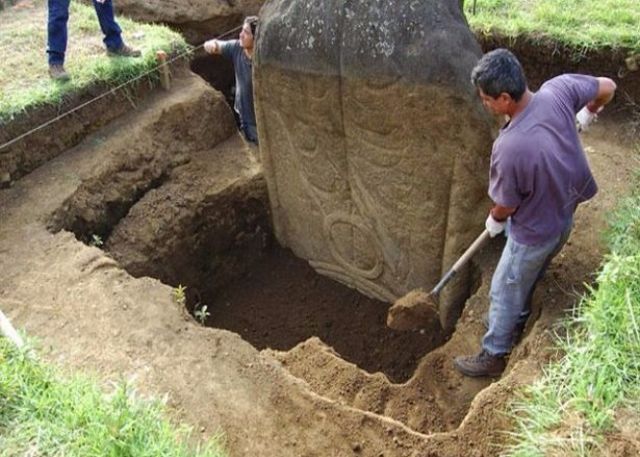 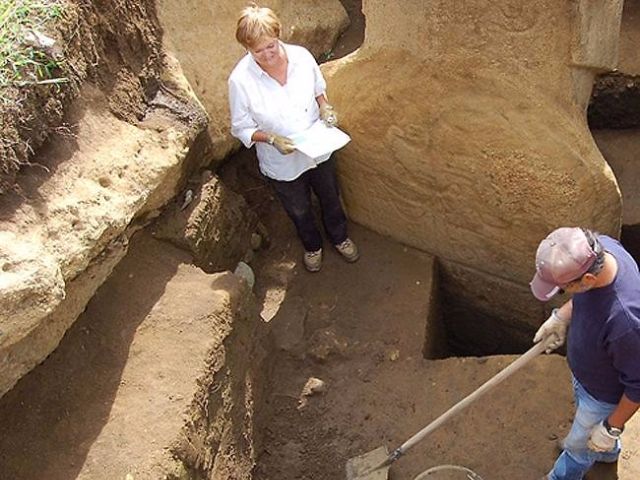