Andrei Chikatilo murdered 56 people, but despite the mounting evidence against him was arrested and let go several times before he was finally convicted. 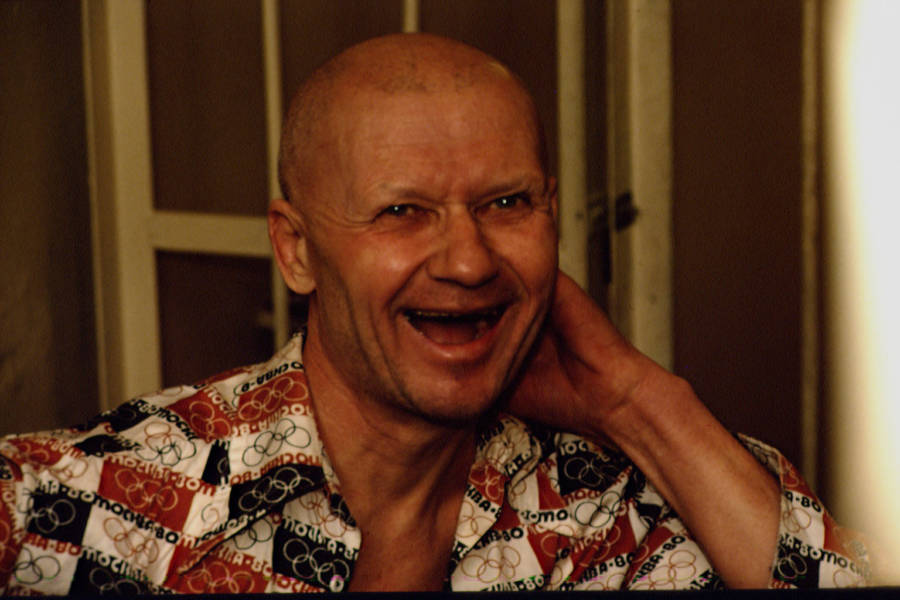 In 1982, Russian authorities were on the hunt for a serial killer. The number of bodies that had turned up, all killed and mutilated in the same way, had led the police to believe it was the work of one person, and that that one person would likely kill again.

They believed they were looking for a younger man, likely in his 30’s, probably a grifter. They weren’t looking for a local father of two, a former military man in his fifties, which was just what Andrei Chikatilo, the Red Ripper of Rostov, was.

Andrei Chikatilo was born in 1936, in the midst of a mass famine in the Ukrainian SSR. He began his life in a one-room hut, to farmers who were struggling to make ends meet in the agricultural recession. His childhood was an unhappy, lonesome one, living under the impression that his older brother had been kidnapped and cannibalized by the neighbors.

Schooling was difficult for him as well, as he was consistently bullied. He was small in stature and relatively weak, which led to bullying, though most of the torment he experienced came after his father was taken prisoner during World War II. As a consequence of his father’s “cowardice,” he was targeted by his peers. His one consolation was that he was exceptionally bright and graduated at the top of his class.

However, the beratement he had received at the beginning of his life had turned him into an awkward and self-hating man. He attempted several relationships during his adolescence, all of which ended when he was unable to perform sexually. On top of his small stature and his awkwardness, his impotence was just another reason for his peers to mock him. Fearing that girls were talking about him behind his back, he even attempted suicide.

In 1957, Andrei Chikitilo’s life almost turned around when he was drafted into the Soviet Army. He served his conscripted time perfectly, and upon completing it joined the Communist party with an unblemished work record.

He married a few years later to a woman whom his younger sister had introduced him to. Despite his impotence, the woman bore two children, a daughter and a son. Chikatilo even began taking courses in Russian literature and completed a five-year course in the subject at Rostov University. Before long, he was teaching the subject himself at a local boarding school. 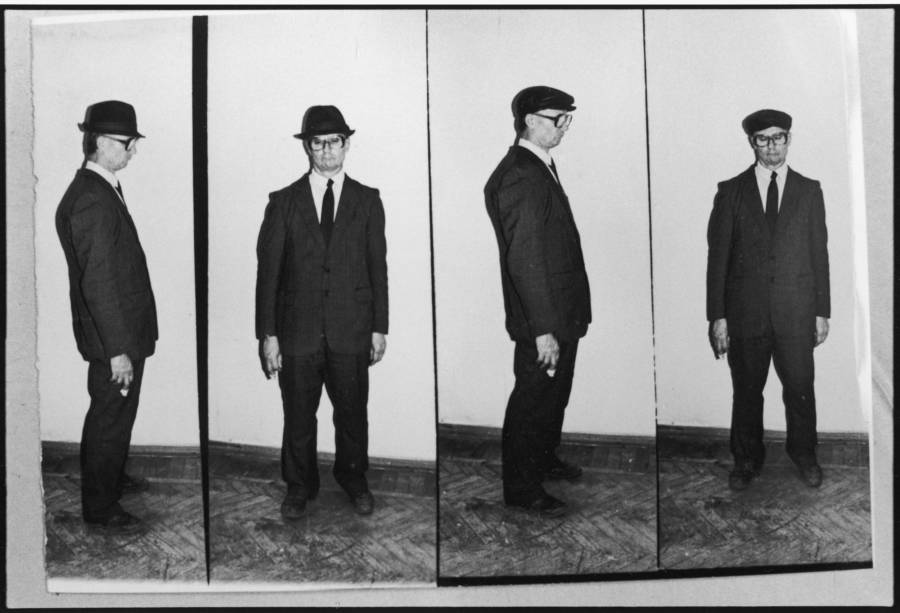 Despite the new and improved direction his life was taking, the weak and ridiculed young boy that he had been was still living inside him.

When he couldn’t keep his students in line, he retaliated, sexually assaulting two of them. He wasn’t punished for either assault and was still allowed to perform his duties at the school, one of which included patrolling the girl’s dormitories.

Eventually, the school was forced to fire him, after complaints of abuse began surfacing. Though apart from the firing, he was not punished any further.

It seemed, that after his assaults, something had triggered Chikatilo. No longer was he content to live his life, quietly taking ridicule, now he wanted revenge.

Though it was never proven, as another man was arrested and subsequently convicted of it, it is widely believed that Andrei Chikatilo’s first murder was that of nine-year-old Yelena Zakotnova in September of 1978. Spots of the girl’s blood were found near his home, her backpack had been found on the riverbank at the end of his street. A witness had also described a man who sounded a lot like Chikatilo being at a bus stop with the girl shortly before she died.

However, another man, who had previously been convicted of a similar crime took the fall instead, despite his airtight alibi.

The murder, if Chikatilo had done it, seemed to lead him to believe that they were easy to get away with. Soon after Yelena Zakotnova’s murder, more bodies began appearing, showing signs of the same kind of torture the first young girl had endured.

All of the victims had been transients, children or runaways who no one would miss. Chikatilo began picking them up at bus stops or train stations and treating them all the same. He would stab them to subdue them, and gag them to quiet them. He would occasionally mutilate their bodies with his teeth, or attempt sexual intercourse with them before covering them with leaves and dirt to hide the evidence. 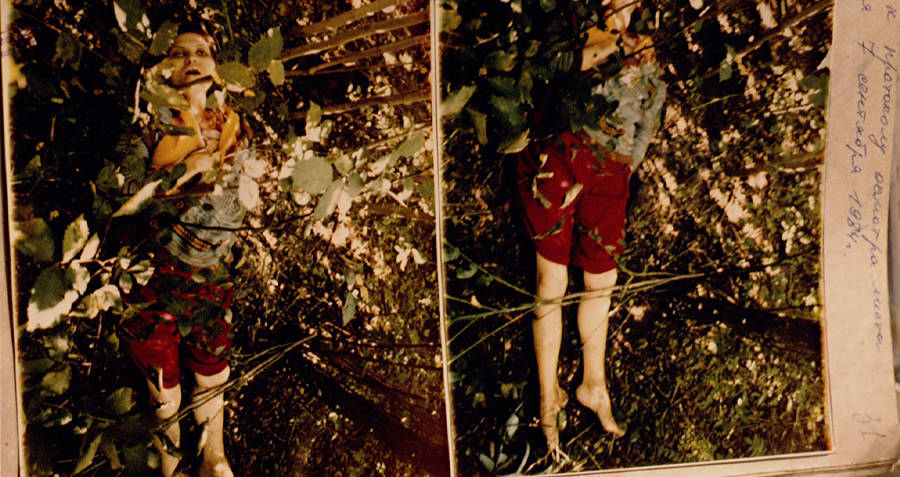 Georges DeKeerle/Getty ImagesCrime scene photo of one of the victims.

Perhaps the most gruesome part was a move that became his signature. Before leaving the bodies, Andrei Chikatilo would gouge the victim’s eyes out. Later, he claimed that he was afraid his image would be imprinted on the eyes after death and that he had removed them to prevent his identity from being known.

In all, Chikatilo committed 56 murders, most of them young girls, though a few of them were boys.

Despite his killing spree, and his obvious serial killer persona, police took a few years to convict Chikatilo. He was arrested and released multiple times in four years, all through loopholes. His most notable release came after the police discovered his blood type did not match the semen sample they had taken from a victim. It was later discovered that Chikatilo was a “non-secretor,” meaning that his blood type is different from his other bodily fluids.

Finally, in 1990, almost twenty years after he’d begun his killing spree, Chikatilo was arrested and not released. A psychiatrist, after the police had had no luck during questioning, had suggested that he try his hand.

The psychiatrist, Dr. Bukhanovski, entered the interrogation under the guise of wanting to understand the mind of a killer. Chikatilo was flattered that someone had finally taken an interest in what he had to offer and quickly offered up a detailed confession.

Of the 56 murders he confessed to, 53 of them were verified. The Police were continuously surprised, as they had only heard of 36 murders and had anticipated a much younger perpetrator. After his interrogation, Bukhanovski declared him fit to stand trial, though his court behavior was much different than the composed man they had first met.

While in court, he was held in an iron cage to separate him from the jury, inside which he repeatedly burst into song, rambled in gibberish, and dropped his trousers.

Despite his manic behavior, the judge declared Andrei Chikatilo guilty, sentencing him to death. On Valentine’s Day, 1994, he was executed, in what the judge notably referred to as “the only sentence that he deserves.”