After the famed sandwich incident, John Young would enjoy the longest career of any astronaut in NASA’s history. 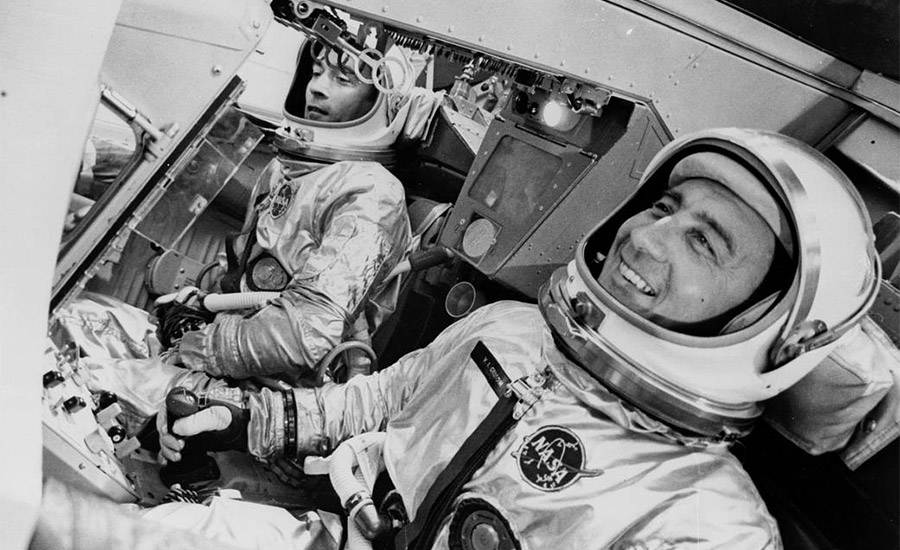 NASAJohn Young and Virgil “Gus” Grissom on the Gemini 3.

On March 23, 1965, in the first manned mission out of NASA’s Gemini Program, the Gemini 3 launched out of Florida’s Cape Kennedy Air Force Station. On board for the historic mission were astronauts Virgil “Gus” Grissom and John Young.

Their main objective? To test the new, maneuverable Gemini spacecraft. In addition, they were also tasked with testing out some new, probably atrocious-tasting space food. However, it would be one succulent snack that would make the flight famous.

During a lull in their trip, Young pulled out a two-day-old corned beef sandwich from Wolfie’s Restaurant and Sandwich Shop, which he’d smuggled aboard the craft, in a serious violation of protocol, with the help of fellow astronaut Wally Schirra.

Taken from the official flight transcripts, here’s a portion of the Seinfeld-esque conversation that followed the sandwich’s unveiling:

Grissom: What is it?

Grissom: Where did that come from?

Young: I brought it with me. Let’s see how it tastes. Smells, doesn’t it?

Grissom: Yes, it’s breaking up. I’m going to stick it in my pocket.

Young: It was a thought, anyways.

Young: Not a very good one.

Grissom: Pretty good, though, if it would just hold together.

The problem here is that bringing unapproved food aboard a spacecraft is a terrible and dangerous idea. In an isolated, weightless environment, food particles can wreak havoc on the vessel’s machinery and instruments. That’s why astronaut food is now dehydrated, freeze-dried, and bite-sized. Hell, the flakes of bread or corned beef could have even been accidentally inhaled by one of the men. 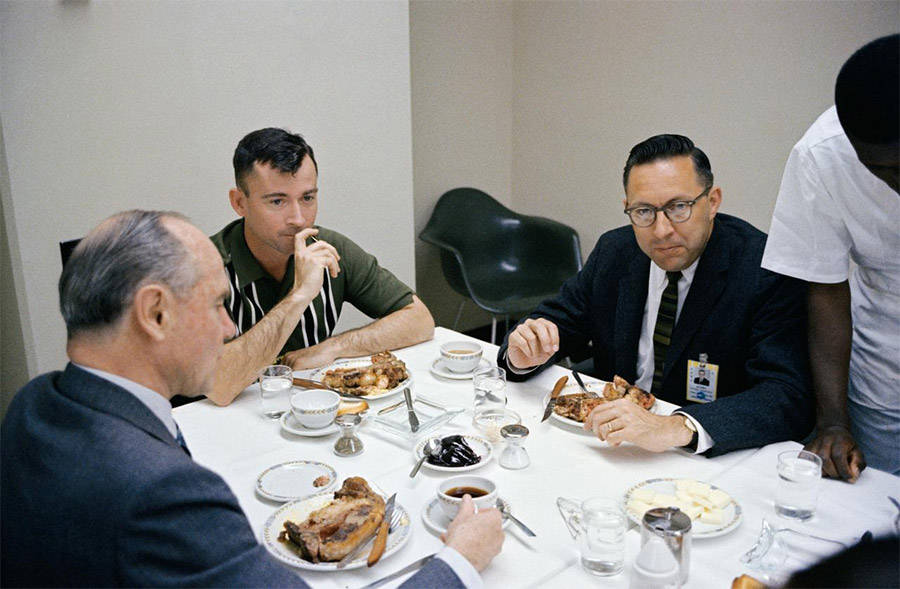 NASAJohn Young, pilot of the Gemini-Titan 3 flight, is shown during a steak breakfast which he was served about two hours prior to the 9:24 a.m.

If you’ve eaten a sandwich on rye, you know that the bread crumbles very easily, especially when you clamp down on it for a bite. Now, just imagine the amplification of the mess when this bad boy was brought into space.

When the men made it back to Earth, Congress reacted like an angry mother who just found out you had stained her brand new white couch. According to Young’s biography, “A couple of congressmen became upset, thinking that, by smuggling in the sandwich and eating part of it, Gus and I had ignored the actual space food that we were up there to evaluate, costing the country millions of dollars.”

It would be the first time a member of a NASA space flight team was given an official reprimand and the reason why no other sandwiches have made it into space since. But don’t feel too bad for Young.

Before dying on Jan. 5, 2018, Young would leave his mark. After the famed sandwich incident, Young would enjoy the longest career of any astronaut, becoming the first person to fly six space missions and even a moonwalk as the Commander of the Apollo 16 mission in 1972.

So, the next time you’re at the deli, order yourself a corned beef sandwich in honor of a true American hero.

Enjoy this article on the Gemini 3 crew and their corned beef sandwich? Next, read about the Soyuz 11 and the only people to ever die in space. Then check out these incredible images of Earth taken from space.