Sophia Loren in colored wig(s) made for her just for fun by Alexandre of Paris, Vogue, April 1970. These photographs were taken by Tazio Secchiaroli. 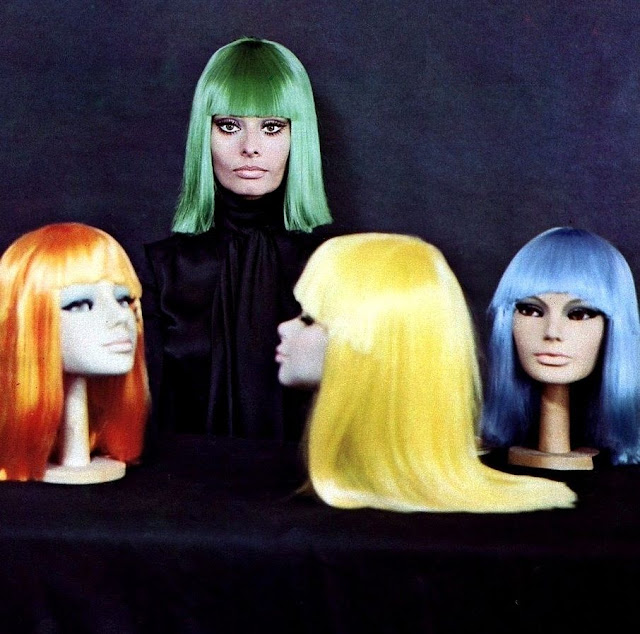 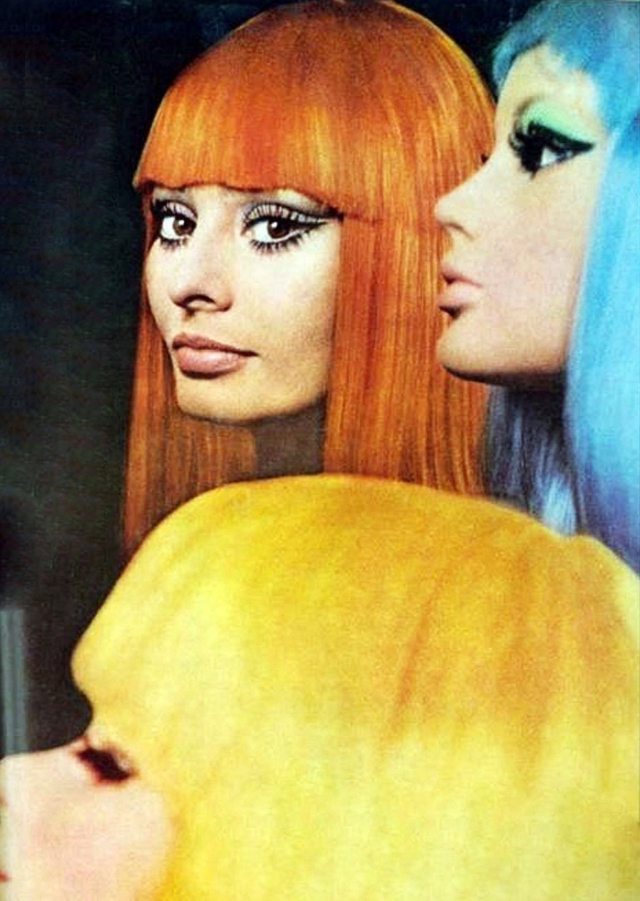 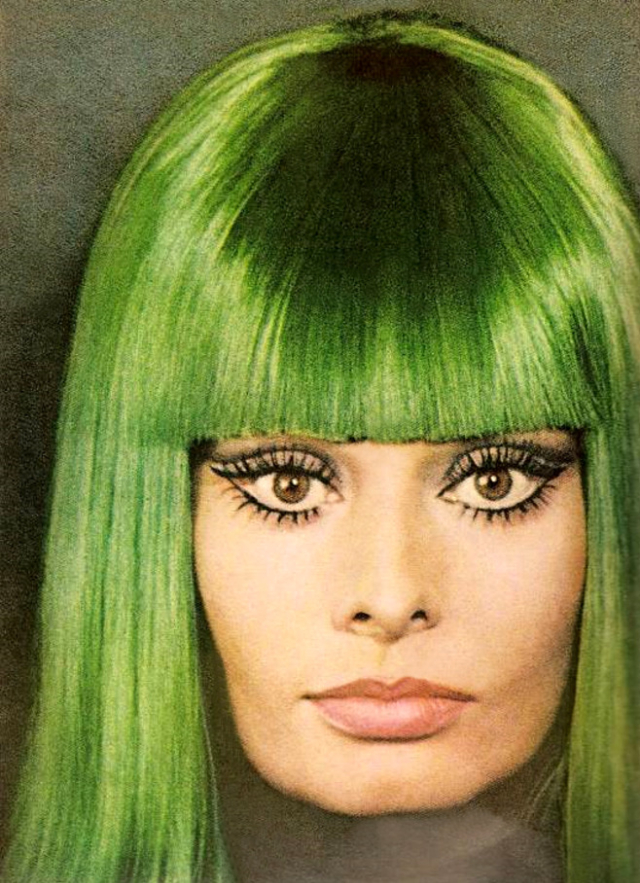 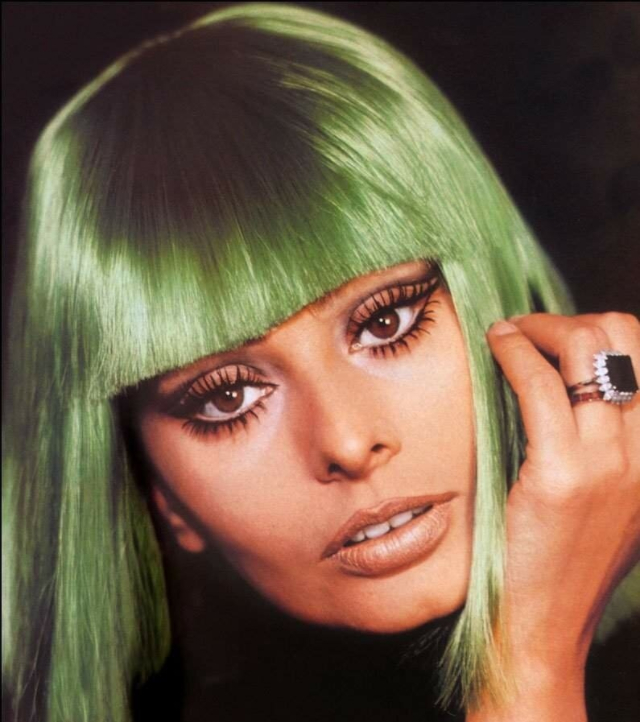 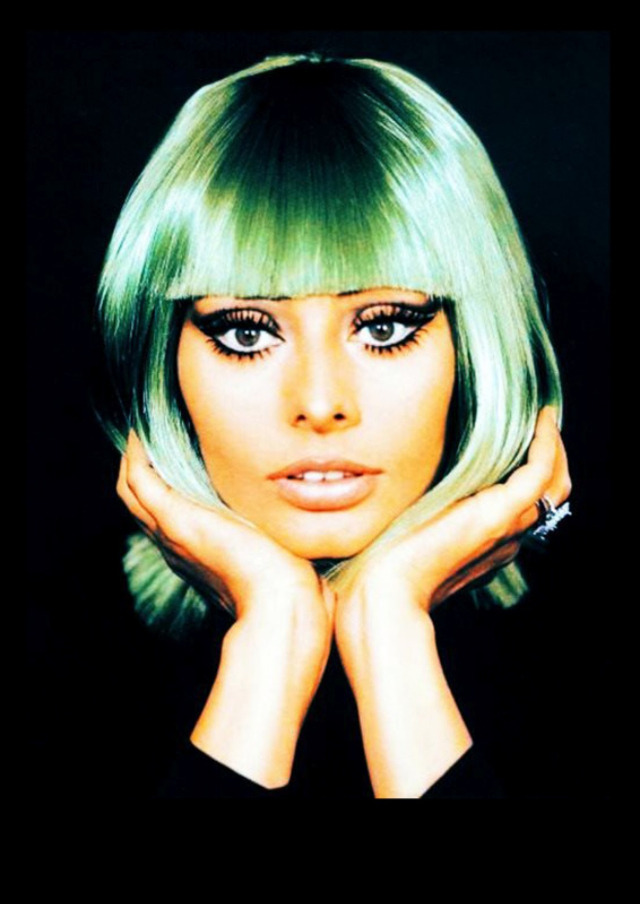 Tazio Secchiaroli (1925–1998) was an Italian photographer known as one of the original paparazzi. He founded the agency Roma Press Photo in 1955. Secchiaroli was the inspiration for the Paparazzo character in Fellini’s film La Dolce Vita. Much of Fellini’s research into the profession of tabloid journalism was simply buying dinner for Secchiaroli and his friends, and listening to their exploits.
Ironically, by the time the term ‘paparazzi’ was coined, Secchiaroli had become more of an insider in the Italian film industry and had left the paparazzi-style attack photography behind. He became well known for informal candid portraits of film stars, both at the studio and at their homes. He was Sophia Loren’s personal photographer for twenty years. Here are two black and white photographs from the photoshoot: 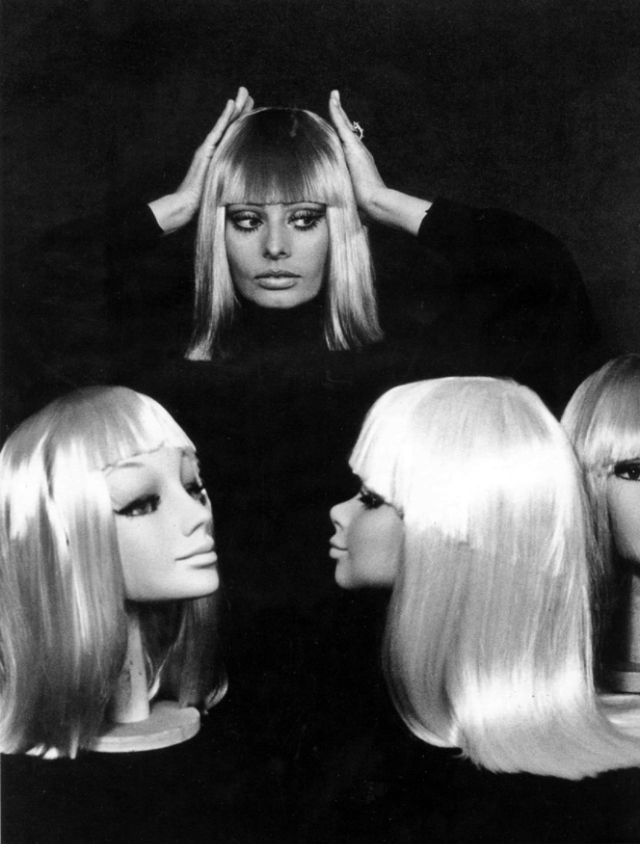 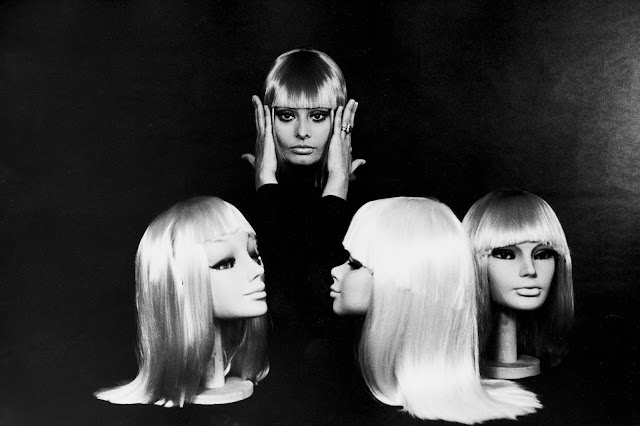 Some of the Tazio Secchiaroli photos were on other magazine covers that year, including Manchete (Chile) and Women’s Weekly (Australia): 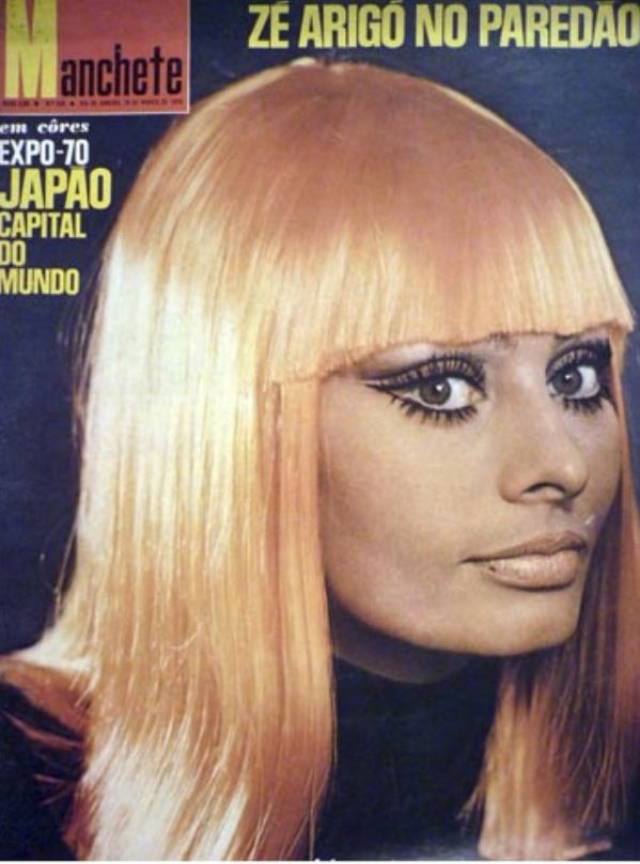 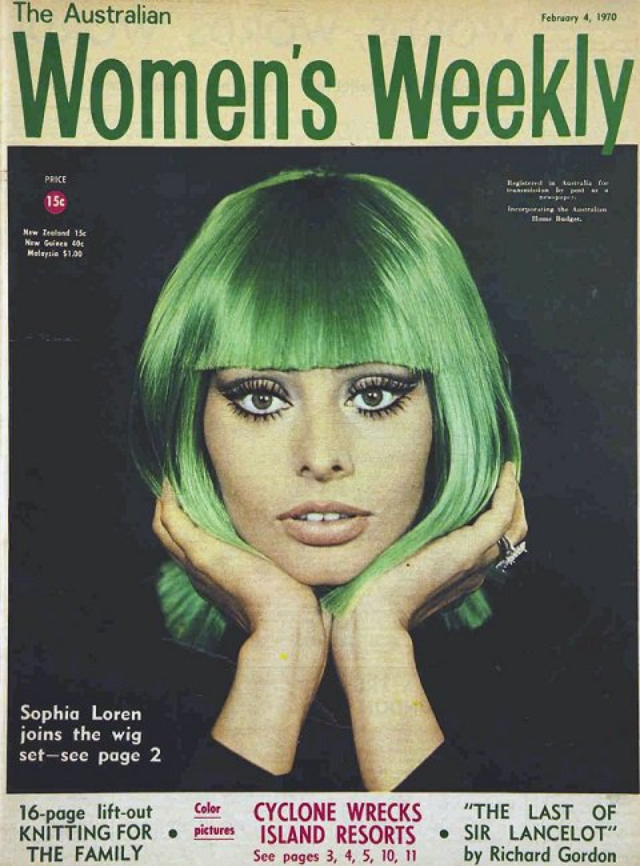