What is said to be the world’s smallest ice-skating rink was constructed in a display window of a New York City furniture store as a novel means of letting passers-by and possible customers know about the cool shopping conditions afforded by the store’s new air-conditioning plant. 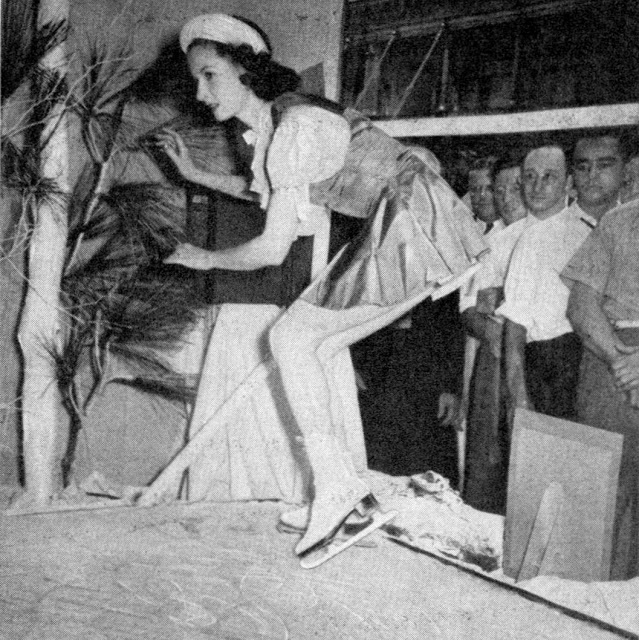 Measuring only twelve feet long and six feet wide, the rink was placed immediately behind a sidewalk window, and decorated on three sides with evergreen branches and artificial snow to give it an outdoor effect. A figure skater was then hired to perform on the tiny rink, as shown in the picture in 1939.